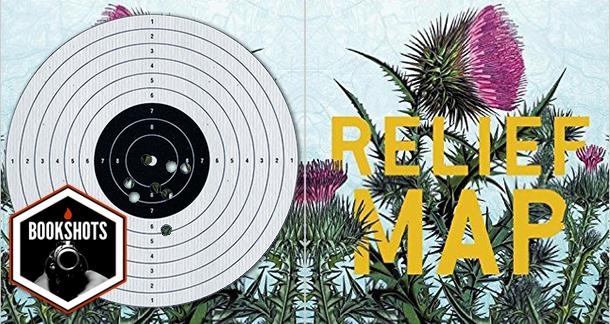 Knecht’s prose gracefully tackles complex topics with the hushed suspense of a classic like the film Rear Window.

Rosalie Knecht, a translator and social worker who lives in New York City. Thanks to her, folks can read Cesar Aira’s The Seamstress in the Wind in English. Relief Map is her novel debut.

The small town of Lomath, Pennsylvania goes under lockdown after a foreign fugitive is suspected of hiding there and the local teenagers get restless.

Livy Markos, a teenage girl whose questionable actions can be summed up in this moment: “She thought that this was why the man had picked her: she looked soft.”

Holly Taylor, who plays Paige in The Americans.

She’d always imagined a person would know, at a time like this, whether they were doing a good thing or a bad thing. But all she knew was that it was difficult, and that she wished she didn’t have to do it.

Small-town adolescence is a restless beast. The novel starts with that on the table: Livy Markos passes her summer days babysitting and hanging with her best friend, Nelson, with whom she has sweltering romantic tension. The thing is, if you put a weapon like restlessness on the table for readers, it has to go off eventually. Knecht does that in one swift action: by putting the entire town on FBI lockdown.

This psychological debut taps into a range of viewpoints, from the delicacy of teenage romance (“It was strange to be so close to someone without making eye contact. It was like they were spying on each other.”) to the madness of our global terrorist age.

Knecht’s prose gracefully tackles these complex topics with the hushed suspense of a classic like the film Rear Window. While readers do get a peek into what the fugitive Revaz endures, the bulk of the novel delves into Livy’s struggle with moral ambiguities: How do you know you’re doing the right thing? More than restlessness, that’s what growing up is all about.