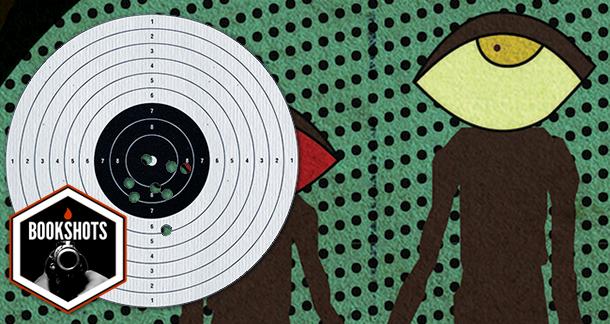 A beautifully written and unexpectedly philosophical novel that is also short, has some weird/almost surreal elements, and is very easy to read.

Two people have a chance encounter with each other that forces them to reevaluate their lives.

Any literary fiction that dips its toes in genre fiction.

There's two of them: Marianne and Timon. Both are young and constantly on the move. They both embody a generation of educated people who struggle with inhabiting different cities and social circles.

While there is some travelling, most of the story takes place in Seattle. I prefer the beach to the rain, so no.

Snow fell, subtle like dust from a long-untouched volume in some obscure archive.

Carroll is one of those rare authors that combines a fine eye for detail and an understanding of what makes people tick with an admirable command of language and a lyricism that makes some passages tread very close to poetry. The sum of those elements adds up to a debut novel that reads like the latest effort from a veteran author who has already figured out how to deliver a rich, satisfying narrative in less than 200 pages.

Reel is about an encounter and what happens after, but there are also a plethora of elements at play that make it something larger than that. For example, music is always present. Carroll is obviously a music lover and there are descriptions here that are a celebration of both language and music. Also, Timon struggles with his familial ties and the way they are affected and ruled by the family business, which presents him with a mystery that becomes a very interesting subplot throughout the narrative. In a way, the novel deals with two people finding new spaces in their lives, but it does so while dealing with uncertainty, melancholy, displacement, and memory.

Perhaps the best thing about Reel is that it is a beautifully written and unexpectedly philosophical novel that is also short, has some weird/almost surreal elements, and is very easy to read, so it will satisfy readers of very diverse tastes. Carroll is a new, exciting voice who walks a fine line between the most lyrical end of literary fiction and the kind of writing that deals with mosh pits and waiting outside a tattoo shop while eating cheap food. There may or may not be a powerful something hidden in every random encounter, and Reel is a superb example of what might happen when two people briefly run into each other at a crucial point in their lives.

This is a good review. I read ZERO SAINTS six months ago. Very nice work. So, I take your review seriously. Thank you. When I'm hungering for new reads, I will pull up this review, unless I can just remember the name Tobias Carroll. I can try, and I will watch for him and for you. Thanks again, gsr.