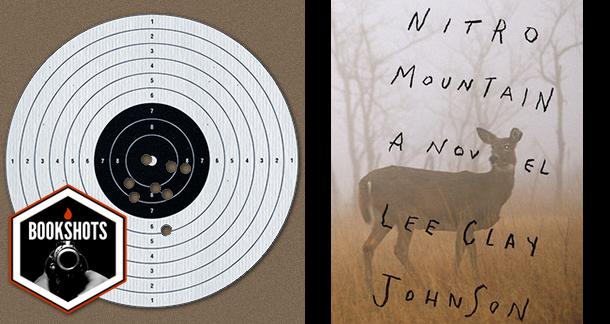 Lee Clay Johnson, who, according to his bio, grew up around Nashville, Tennessee, in a family of bluegrass musicians; holds a BA from Bennington College (which also spawned Bret Easton Ellis) and an MFA from the University of Virginia. His work has appeared in The Oxford American, The Common, Appalachian Heritage, Salamander, and The Mississippi Review.

Follow the drug and alcohol drenched lives of the various criminals, musicians and losers that live around mine-poisoned Nitro Mountain.

Madness on the Mountain

Leon, a bass-player and champion fuck-up, who has managed to waste, lose or destroy just about every good thing in his life in pursuit of the affections of a classically “no-good woman.”

Jennifer, the no-good woman who can’t be without a man, but also can’t stay with one man. She is always leaving Leon for men that might generously be called animals, and then begs Leon to rescue her when she’s had enough abuse.

Leon would be played by Ben Foster, most recently seen as the wizard Medivh in Warcraft. Joelle Carter, known as Ava Crowder on Justified, would play Jennifer.

Absolutely not. Even the people who live there don’t want to live there.

I worried that my life had ended, and then that it hadn’t.

Nitro Mountain is one-third of a good book. I’m going to have to get into SPOILERS to explain why, but I think it’s worth it because if someone had told me this, I would have skipped reading it altogether.

The book is split into three wildly uneven sections, and only the first is told from Leon’s point of view. While he is not a tremendously fascinating or even very likable character, he does have an interesting voice and is able to describe his desolate surroundings with a degree of poetry, finding a dark beauty in the ugliness. And watching him find ways to make his already terrible situation even worse provides a kind of twisted thrill. So it’s a shame that Leon is murdered off-stage and then goes practically unmentioned for the rest of the book. The second, and longest, section, switches to third-person, and just randomly follows around the cast of losers Leon encountered in the first section. All of these people are considerably less interesting and likable than Leon, and none of them have a unique story or compelling voice. Even Arnett, the murderer, is one of the flattest, dullest villains I have ever encountered, to the point where I did not even care whether or not he received his comeuppance. I found that after putting the book down for 24 hours, I struggled to recall which names referred to which characters, and was unable to find an answer to my only question: “So what?” The third section, which is told by Jennifer, feels like it is finally continuing the story that began with Leon, but by then it is far too late. Maybe if Jennifer’s character and motivations had been explored earlier the book would have been more readable, but as it stands, Nitro Mountain feels like sixty polished pages stapled to another hundred of unedited notes.