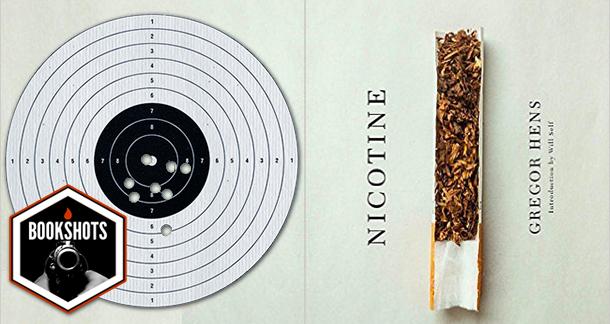 A memoir that transcends its genre and demands to be read as much more than just a man's look at his lifetime inhaling smoke.

Gregor Hens, a German writer and translator who has translated authors such as Jonathan Lethem and Will Self into German.

This is a memoir: a man revisits his entire life through the filter of his very powerful addiction to nicotine.

My Life Through the Smoke

Gregor Hens started smoking at a very early age and went on to develop a special relationship with his vice. He smoked in a plethora of places, under various conditions, and for a wide array of reasons. Now that he no longer smokes, looking back at his relationship to smoking offers him a way of looking at his entire life.

Hens' life takes place in Germany, which is a country I'd love to visit. That being said, even his country is seen through his addiction, and as a non-smoker, I have a hard time imagining the amount of time, money, and effort that goes into sustaining a long addiction to cigarettes. I would not like to live thinking about nicotine most of the time.

In this case, it was a passage:

A rhythm, a cyclical time pattern that accompanies me to this day must have also begun to overlay all my experiences after those first drags. The chemical impulse initiates a phase of raised consciousness that makes way for a period of exhausted contentment. Immediately after the first drags an almost unshakable focus on what's essential, on what's cohesive and relatable sets in. I often have the impression that I can easily link together mental reactions to my environment that serendipitously arise from one and the same place in the cortical tissue during this phase. This results in associative and synesthetic effects that help me to remember, along with the dreamlike logic that is the basis of my creativity.

As far as addiction memoirs go, this one is unique. Instead of just focusing on himself and his relationship to his vice, Hens discusses the cigarette industry, his family, and even cigarettes as cultural/personal/physical objects. His brother, his parents, his aunt, and even the bouts of bronchitis-like symptoms that were caused by allergies and kept him in bed for periods of time as a kid all play a role in this narrative and prove that smoking was not something that just happened in his life, but a learned conduct that seemed almost inevitable. Furthermore, while there is a lot of explaining, remembering, and deconstructing, the writing never becomes preachy. Instead, Hens offers a brutally honest look at his life and addiction that is at once illuminating and very entertaining.

One things that sets Nicotine apart from other books of its kind is that, while firmly planted in the realm of memoirs, it deviates from time to time and becomes a narrative about exploring the self, a story about an entire family and their relationship to smoking, and even turns into something akin to investigative journalism when the author looks at the manufacturing and marketing of cigarettes. Throughout all those, the pace is enjoyable, the chapters go by fast, and the writing is always engaging regardless of what the author is discussing at the time. A series of photos that relate to the narrative are sprinkled throughout and add a touch of visual storytelling to the book. Perhaps Nicotine's only fault is its introduction, written by author Will Self. Fourteen pages long and only somewhat related to the text that follows it, the introduction, especially once the fast, crisp writing of the memoir itself gets going, is a slightly pompous, self-centered affair that should have been clipped by an editor. As it is written by Will Self, it's easy to understand why it wasn't. Ultimately, Nicotine shines because Hends deliver his personal history while also exploring the way humans are shaped by their obsessions. Gritty, funny, multilayered, and rich in diversity of themes explored, this is a memoir that transcends its genre and demands to be read as much more than just a man's look at his lifetime inhaling smoke.