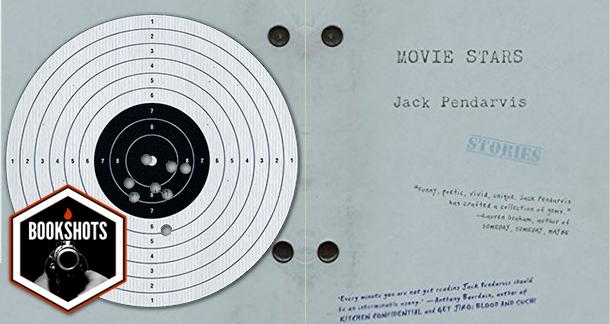 Writers and other creatives will find ['Movie Stars'] especially amusing and uncomfortably accurate in some places.

Jack Pendarvis, a writer and story editor for the TV show Adventure Time.

It’s a collection of short stories, so it varies. Although some of them make small references to each other, the only thing that really unites them is a theme of wistful yearning.

As The World Yearns

The Secret Life of Walter Mitty

There are many, but the majority are middle-aged, presumably white men with vivid imaginations and frustrated ambitions. Some are writers of one fashion or another. A blurring of the boundaries between fantasy and reality is also common.

Ben Stiller could play just about every protagonist in here. I think Isla Fisher would be great as Amy O’Brien in the send-up of scary stories, The Black Parasol.

Most of these characters seem to be leading fairly comfortable, if unfulfilled, existences in California. It could certainly be worse.

There was something kind of trashy about trying to capture people on a napkin, or on any kind of paper.

Movie Stars is an entertaining read, and most of its entries are short, bite-sized bits of humor. I’m sure writers and other creatives will find it especially amusing and uncomfortably accurate in some places. While there are many sentences I will remember and chuckle at for a long time, the stories themselves are so similar as to be collectively unremarkable. All of the stories are funny, each making me laugh aloud at least once, but once I put the book down it ultimately felt disposable, like a sketch on Saturday Night Live. The two notable exceptions are “Dazzling Ladies of Science Fiction” and “The Black Parasol”, which are clever meta-textual tales about about the nature and process of storytelling. Pendarvis’ Movie Stars is a fun menagerie of quirky characters to browse, but it’s closer to a collection of jokes than an anthology of literature. An excellent read for the daily commute.

Hello! I could have sworn I’ve visited this website before but
after going through a few of the posts I realized it’s new to me.
Anyways, I’m definitely happy I stumbled upon it and I’ll be book-marking it and checking back often! appk