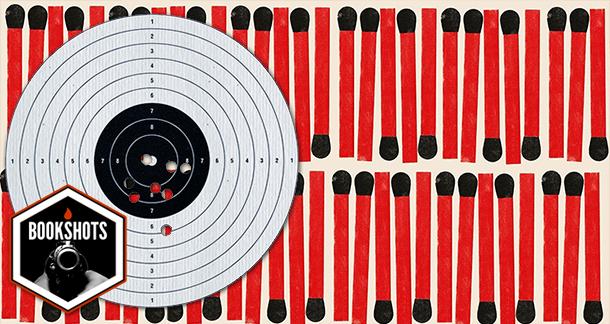 American author Michael Chabon, known for his Pulitzer prize-winningThe Amazing Adventures of Kavalier & Clay and The Yiddish Policemen's Union, for which he won the Hugo and Nebula awards. Surprisingly, for a “literary” author, he is a firm defender of plot-driven fiction and genre fiction.

Thankfully, Chabon still tells a story, even if it’s based on real events, although it’s impossible to say where reality ends and the fiction begins.

Our narrator goes to be with his dying grandfather who, under the influence of painkillers and awareness of his imminent death, tells him stories of his past, his grandmother and meeting Werner von Braun.

I would call it: Madness and the Hunt for Werner von Braun

The book moves from Philadelphia and New York to World War II Germany and modern day Oakland; no, don’t think I would.

"That’s what houses of cards do,” my grandfather said, returning to the stove for the pan of salami and eggs. “It’s proverbial.”

Apparently based on Chabon’s own experiences with his Grandfather in 1989, this book is a mixture of autobiography, memoir and, most importantly, fiction. Thankfully, Chabon still tells a story, even if it’s based on real events, although it’s impossible to say where reality ends and the fiction begins.

Chabon’s grandfather (that’s all he’s called), under the influence of powerful painkillers, tells the younger Chabon stories of his life, from his life during World War II as part of a special team chasing German scientists like Werner von Braun, to his time as a salesman when he beat up his boss and landed himself in prison, before turning his hand to making scale models for NASA. Interwoven with these stories are the lives of his mother and grandmother, a French refugee from a German prison camp with her own internal battles and take on life.

I’m not sure what I was expecting, but I never lost interest, possibly because, as I said, Chabon still knows how to tell a story. He knows what to do to keep a reader interested, unlike so many “literary” authors who don’t seem to grasp the concept. I found myself enjoying the story and wanting to know more, even when the book ended. Whether the characters are real or fiction, he certainly got me interested and kept my attention. Heartily recommended.