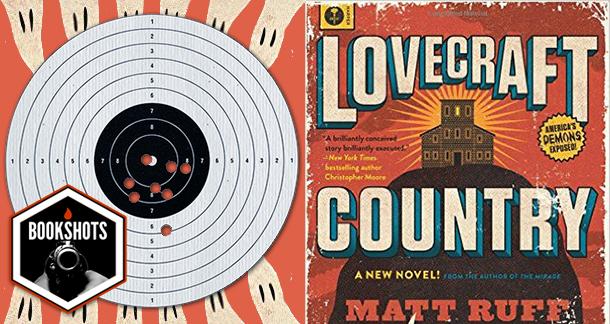 It turns out that even many-tentacled void hounds are nowhere near as scary as white people in Jim Crow America.

Clash with the Cthulhu Clan

H.P. Lovecraft and the many works he inspired, obviously. If you enjoyed Shotguns vs. Cthulhu, this won’t disappoint.

Jim Crow America doesn’t sound like a nice place to visit, and that’s before you add the unspeakable cosmic terrors.

But stories are like people, Atticus. Loving them doesn’t make them perfect. You try to cherish their virtues and overlook their flaws. The flaws are still there, though.

Lovecraft Country is a Southern African-American family epic with the mythos of Cthulhu woven in. It is told as a series of vignettes, each focusing on a different family member or friend as they brush against the unknowable horrors from beyond. Like its namesake, the book throws rational people into the deep end against eldritch powers. Where it differs is that Atticus and his family never lose their sanity, no matter how crazy the shit gets. But the most terrifying moments in the story don’t come courtesy of the monsters. It turns out that even many-tentacled void hounds are nowhere near as scary as white people in Jim Crow America. Matt Ruff is to be commended for combining two genres that I couldn’t have considered further apart before now, and doing justice to both. You’ll come for the sci-fi, and stay for the history lesson.