Bookshots: "Love And Other Wounds" By Jordan Harper 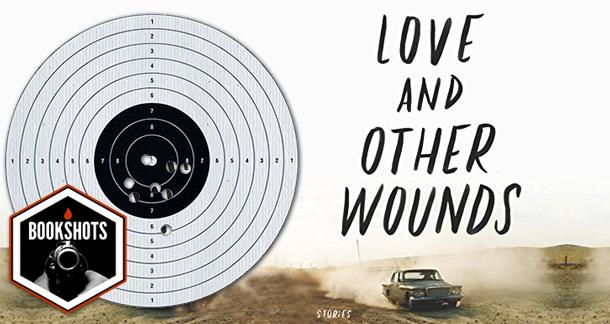 Love And Other Wounds

To be blunt, there really isn’t a misstep in the entire bunch, and you will be captivated by this collection.

It’s a short story collection, so it’s a bunch of dark, bloody plots in a box.

It’s a short story collection, so there’s not really a lead character.

The stories are all over the map, from the Ozarks to the California high desert. So yes to some, no to others.

If she pisses, she lives.

Before Jordan Harper ran off to Hollyweird and started writing for television shows such as The Mentalist and Gotham, he was THE crime short story writer. The bulk of Harper’s output appeared in the first incarnation of Thuglit—this was long before Todd and Allison paid you and instead you got a really cool t-shirt—and his stories were a solid step above what was being published in most of the mainstream crime and mystery fiction journals. Harper’s stories were harder-than-hardboiled and pitch black in tone, but were oddly humane and empathetic. Most of us who were fans of Harper’s work clamored for a novel, but life intervened, Harper got a job writing for the CBS series, The Mentalist, and, well, shit happens. (Although, Harper has recently finished the draft of a novel.)

But Harper still had an impressive ream of short stories under his belt, and practically all of them can be found in his debut collection, Love and Other Wounds, and if you’re a fan of hardcore-boiled crime fiction and new to Harper’s prose, you are in for a huge treat.

The 15 short stories that compose Love And Other Wounds range from intense, action-packed stories of survival such as the opening story of the collection, “Agua Dulce”, to blackly humorous fair such as “I Wish They Never Named Him Mad Dog”. But for me, the crown jewel of the collection is the almost tender story of a fight dog trainer attempting to save the life of his favorite bitch, “Lucy in the Pit”, which in my opinion, is one of the finest stories—crime or otherwise—to see publication in the last 20 years.

To be blunt, there really isn’t a misstep in the entire bunch, and you will be captivated by this collection. Love and Other Wounds is the very definition of a read-in-one sitting book and ranks among my top 5 reads of 2015. Highly recommended.