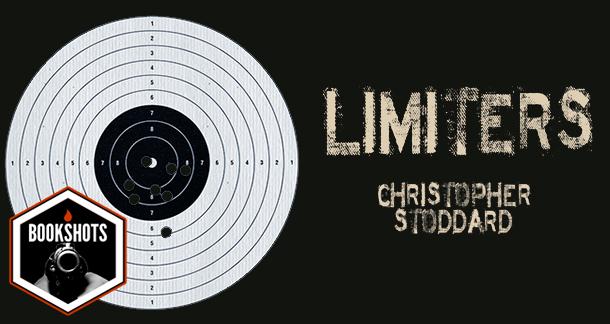 Stoddard has potential, but I'd really like to see him break some kind of new ground. If Stoddard wants to make a name for himself, he's going to need to do something that we haven't seen before.

Christopher Stoddard, who hails from Brooklyn. His other novel is White, Christian.

Kyle, a sixteen-year-old gay teen, runs away from home and proceeds to do lots of drugs, hang out with the wrong people, and dabble in drug dealing.

Kyle, a moderately good-looking gay teen who is constantly on some kind of drug. He doesn't get along with his parents. All his friends are druggies and/or criminals. Beyond drugs and money, little else motivates him.

I'm out of touch with young Hollywood, so I'm going to give the cop out answer of sixteen-year-old Ian Somerhalder.

In a dump surrounded by druggies? I'll pass.

It's just the place where I grew up, as if I were a maggot born on a decaying animal, and when the maggot got its wings, it flew away and found a pile of shit to throw up on and eat and make babies of its own, then get murdered by the same red plastic swatter that killed its mother, its body parts caked onto the weapon like smashed raisins.

It's very much a watered-down Selby Jr./Ellis hybrid. You can see it in the writing style and the heavy-handedness Stoddard employs when it comes to drugs, party culture, and fucking. Here's what sucks about writing about drugs, party culture, and fucking: everyone automatically puts baby in the corner as a wannabe Selby Jr. or Ellis, as if they own that portion of literary real estate in perpetuity. Same thing with erotica and E.L. James. Comparisons are impossible to avoid, and I thought Stoddard would've had the smarts to bring something new to the table seeing how Publisher's Weekly has slapped him on the wrist before. Although not wholly original, I enjoyed the writing style (quick and visceral, just like I like it) but was utterly fucking let down by the plot, or lack thereof.

Kyle, the main protag, does drugs (mostly coke), doesn't get along with his parents, embarks upon half-baked scams, and sucks a lot of cock. There's no real overall arc here...more like vignettes of depravity, but what really sticks out to me is that I've seen this before. I've seen it so many times I'm numb to it. Kyle starts out a drugged out teen experimenting with his sexuality, then the novel fast-forwards ten years to where Kyle is a drugged out adult inviting guys over to his apartment via Craigslist to give them head. In the character-development department, Stoddard's lead is pretty damn stagnant. The plot is barely there and the writing style is all-too-familiar.

Honestly, I love the whole drugs, party culture, and careless sex themes in modern literature...it's a big reason why I picked up this book. The mistake that Limiters makes is that it brings absolutely nothing new to the table and lacks a comprehensive story. Stoddard has potential, but I'd really like to see him break some kind of new ground. If Stoddard wants to make a name for himself, he's going to need to do something that we haven't seen before.