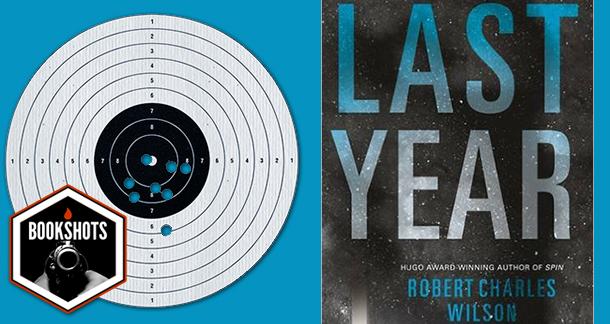 An enjoyable time travel story that hits all the right adventure beats so you can have a good time while still learning something about colonialism and romanticizing history.

Tourists from the twenty-first century visit a temporal travel resort called the City of Futurity in a version of the 19th century. Although their history is identical to ours, it is a separate timeline, so nothing the guests or staff do will affect the present. It is the last year the City is open before closing down for good, and all of its secrets are coming out.

The works of Ray Bradbury, Westworld

Jesse Cullum, a drifter from 19th century San Francisco who landed a job as local security for the City of Futurity, and his partner Elizabeth, a former military intelligence officer from the 21st century charged with controlling the flow of information and technology between worlds.

Jesse would be played by Anson Mount of Hell on Wheels, while Rachel McAdams would portray Elizabeth.

The City of Futurity sounds like a pretty swank vacation spot no matter which side of history you hail from. But it is located in 1877, so I wouldn’t want to make it my permanent residence.

Futurity Station was more circus than town, Jesse thought. Like a circus, it had an air of impermanence and expedience. And like a circus, its main sources of revenue were dreams, deception, sex and theft.

Last Year undersells itself as the tale of a star-crossed romance in which a man from the past will stop at nothing to be with his love in the future. Instead, I was pleasantly surprised to discover a fun time travel caper set in a meticulously crafted world populated with interesting characters. No one is who they seem at first glance, and even the most obscure members of the supporting cast get well-developed arcs. Jesse and Elizabeth, the man from the past and the woman of the future, have the kind of snappy rapport found in the best buddy cop movies, and watching them bounce off of each other is educational as well, making them the perfect tour guides for this strange pairing of worlds. But as Jesse and Elizabeth uncover more of the mysteries behind the construction of the City, the dangers of this literal nostalgia trip start to become clear. It would be easy to argue that the main character of the book is the City of Futurity itself, a massive modern hotel built in the middle of an Illinois prairie in 1877. The surely symbolic twin towers of the City houses the past and future right next to each other. Guests from the future come for a vacation resort, while the temporal locals come to visit a museum of tomorrow. Reading each group’s impressions of the other is a delight, and thanks to a black market of future goods, we are also treated to a 19th century critique of Stephen King’s The Shining, but amidst all of the cool time travel hijinks is some serious rumination on our relationship to both our past and the future. Last Year is an enjoyable time travel story that hits all the right adventure beats so you can have a good time while still learning something about colonialism and romanticizing history.