Bookshots: 'Last Stories and Other Stories' by William T. Vollmann 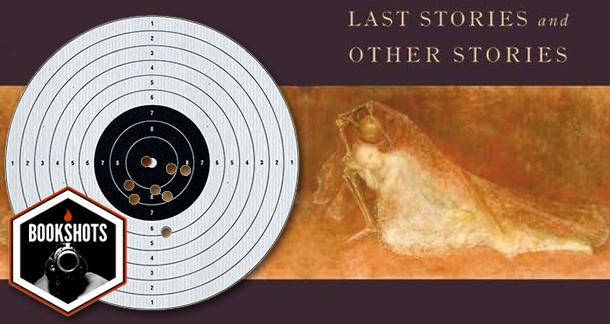 Last Stories and Other Stories

For the patient, intelligent reader, it will become a beloved and trusted old friend by the time you reach the final page.

It’s a short story collection, so the plots are numerous. But as far as overall theme, (kind of) supernaturally tinged stories of love and loss.

Love is a Lonely Ghost

The Imago Sequence By Laird Barron, The Ones That Got Away By Stephen Graham Jones, Different Seasons By Stephen King

Short story collection, so this question is null and void.

Same answer as above.

Vollman’s stories span the globe and time. So yes to some, a big fat NO to others.

…he would have accomplished something against war or at least for people (however wanly shone this something)—felt very afraid at times, but not afraid of his fear; for when that went away it went away; he had not yet understood that it was hollowing him out almost like an amphetamine.

In the past, when I’ve been asked by friends to describe the writing of William T. Vollmann after I’ve gone on too long raving about his books, I typically keep the description short and trite:

“Vollmann is Hemingway on steroids.”

“Vollmann is Kerouac without the mommy issues and the substance abuse problems.”

“Vollmann is the writer I always dreamed of being.”

Another way to describe him is that he’s part of a dying breed, or part of a breed that never really existed to begin with, but was instead created by the cinema: The Adventurer. A writer who imbeds himself with whatever native population that fascinates him at the moment, whether it be the Mujahideen of Afghanistan or the Inuits, a notebook and pen in his hands, furiously scribbling impressions of the minutiae of their daily struggles and small victories in the face of crushing adversity. The adventuring has paid off with literary accolades, including a National Book Award and the Strauss Living Award, and a couple of shelves of some of the most compelling books written in the past fifty years.

The final way I would describe Vollmann is Epic with a capital E. There is no such thing as a small story for Vollmann; everything he puts to paper is larger than life, because he understands that even the most minor character of a story has had a rich, complex journey, and that they are a thing of absolute fascination.

For first time readers of Vollman, Last Stories and Other Stories is a great jumping off point. All the gritty, eerie elements of both Vollman’s fiction and nonfiction populate Last Stories. Each short story—By the way, I use the term ”short story” broadly, because the average length of each piece is around 50,000 words or longer—is character rich and globe spanning in setting.

For the firmly initiated Vollmann fan, Last Stories and Other Stories is a welcome return to form of such previous collections such as The Atlas and Rainbow Stories. I will say that while character is Vollman’s strongest gift as a writer, it’s also his greatest weakness, and certain stories, character development can wear a bit thin. Also, Last Stories and Other Stories is being marketed as a collection of “supernatural” stories, and while there were otherworldly touches to each piece, it wasn't anymore than what I’ve read in previous Vollmann collections. So if you're a fan of more graphic horror such early Clive Barker or Stephen King during his coke years, you’re barking up the wrong tree; think Barron or Ligotti at their most subtle.

Overall, Last Stories isn’t a read in one sitting kind of book. But for the patient, intelligent reader, it will become a beloved and trusted old friend by the time you reach the final page.