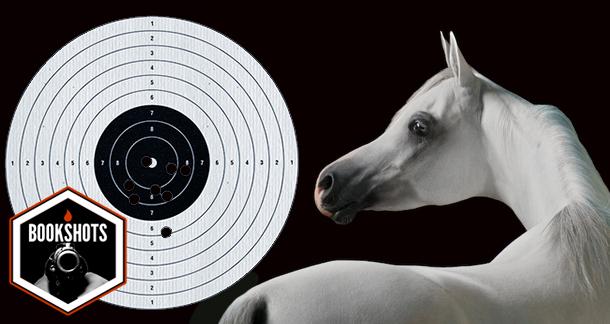 These are dark stories, to varying degrees. But from the first lines—and her first lines are killer—you feel for these characters.

University of Michigan writing instructor Kodi Scheer, winner of the Dzanc Prize for Excellence in Literary Fiction and Community Service.

In her debut collection of short stories, Scheer explores the deeper parts of the female psyche with her special brand of animalistic magical realism.

Scheer's mostly dark, sometimes magical tales will appeal to fans of Kafka's Metamorphosis. Bonus: Like the master himself, she always starts with a killer first line.

Since this is a book of short stories, there are several. Usually I pick the craziest or meanest lead in the collection as my favorite, but this time it's the sweetest one that grabbed me: Rita, the burned-out burn unit nurse who tries to drown her day job with a drugged-out trip to Mexico.

A young Sally Field. I keep thinking of that Kleenexy Steel Magnolias funeral scene, and that just seems perfect for Rita's breakdown.

The only setting we see for Rita is the burn unit (no thanks) and her sheisty Mexican drugscapade (ditto). Most of the characters in the other stories live (more or less) in hospitals, medical programs, or stifling home environments, to all of which I give a resounding no thanks.

It is impossible to pick just one. Impossible. So I'm putting several.

Your lover hasn't always been a camel. —opening line of "When a Camel Breaks Your Heart"

She wanted to keep him in her bed, covered in blankets, and protect him from the world forever. —Rita, about a (now dead) patient she got overly attached to, from "Modern Medicine"

Hannah found his left ear in the laundry hamper. —opening line of "No Monsters Here"

This book was just the right amount of weird for me, so I couldn't put it down. Most of the eleven stories' main characters are female—a notable exception is the titular tale, whose protagonist is either a god or an angel of death, and presumably genderless—and each have a core darkness to grapple with throughout the story. That darkness ranges from quotidian to Death Row quality, and the characters have wide ranges of awareness of their issues. Sprinkle in some mom issues and a recurring love of horses, and Scheer's collection reads like a crash course in Female Psyche 101.

Sometimes the characters acknowledge their own insanity. In the first story, a mother of a teenaged equestrian becomes convinced that her long-dead mother has been reincarnated as the horse her daughter rides. And yet, she remains rational throughout the entire story, aware that her thinking is completely irrational. Other characters are just crazy as hell and don't stop to think about anything (see: pretty much everyone in "Miss Universe" and "Salt of the Earth").

But the best stories are the ones with women fighting against their dark histories, wanting nothing other than to be normal. That's where Scheer's at her best, where her touch of magic is not in the humans morphing into animals or the jarring hallucinations (even when those are present), but in the pull of the human heart strings. Like the anxiety-ridden young mother in "No Monsters Here," who keeps finding the body parts of her deployed husband hidden around her house. Or the post-op patient in "Transplant," who remodels every corner of her life, from her husband to her religion, in an effort to beg her transplant to take.

There are clear themes throughout the stories. Many of the characters work in medicine. They're nurses, medical students, doctors. The ones who aren't tend to be patients, because another clear theme is the frailty of the human body. Illness pervades, both mental and physical. There are several transformation—-many physical (into animals), some cultural, several resulting from some form of persecution. These are dark stories, to varying degrees. But from the first lines—and her first lines are killer—you feel for these characters. Sometimes you hate them. Sometimes you root for them. Either way, you feel something. And that makes the book worth reading, indeed.