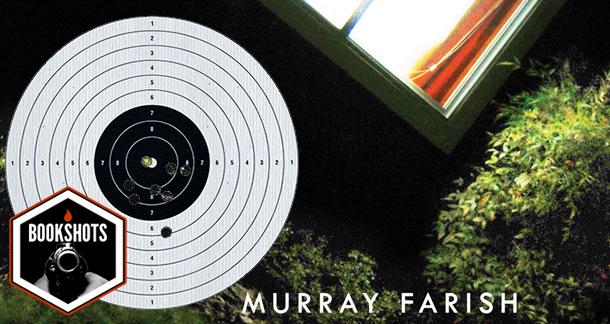 In his first collection of short stories, Farish follows a cast of characters behaving badly.

Any of the books in the Akashic Noir series (read my review of one here). Farish's stories have the same gritty feel, although they aren't so locale-oriented.

Of the nine stories, my favorite lead is John from "Lubbock is Not a Place of the Spirit," mostly because he's so off his rocker he's funny.

One of the Francos. Mind you, he'd have to be dirtied up a bit, get the handsome scratched off, but they have that toothy grin that can look crazy enough to play John.

Let's see what my options are... A boat with a killer. A few towns with crazy people. Nope, I think I'm good.

When I get back to the house the next day, Clive is there, reading a magazine, acting like I hadn't shot him and buried him in the desert at all.

—John from "Lubbock is Not a Place of the Spirit"

The title of this book doesn't beat around the bush. As it suggests, this collection pulls together a variety of stories linked by its characters running the gamut of bad behavior. The full spectrum of inappropriate is included, from little white lies that spin out of control to full-on premeditated murder. And it starts before the end of page one, with the first story's main character making the simple and seemingly innocent decision to lie by omission, a decision that, of course, turns out not to be so innocent after all. And the characters only get darker from there.

Even the author practices a bit of inappropriate behavior, at least by traditional writing standards. In one story the main character directly addresses readers, essentially breaking the fourth wall. In another, there are verb tense changes throughout that give the story a scattered sense of time. In the titular story, there's not only more headhopping in one paragraph than most writers can get away with in an entire novel, but there's also several pages in a row of uninterrupted, unparagraphed questions and a chunk of text at the end where the perspective and voice entirely switch. All of these so-called faux pas are no-no's and difficult to pull off for any author, yet Murray gets away with all of them—effectively—in a single, slim volume. Because let's face it, his characters are crazy, and they need crazy tactics to tell their stories.

I enjoyed this book. Despite the darkness (which, quite honestly, I always like), the stories are easy to get through, and "Lubbock is Not a Place of the Spirit" is downright amusing, which serves as a much-needed breath of fresh air midway through the slog of gloominess. Can't wait to see what mischief Murray's next round of characters get into.