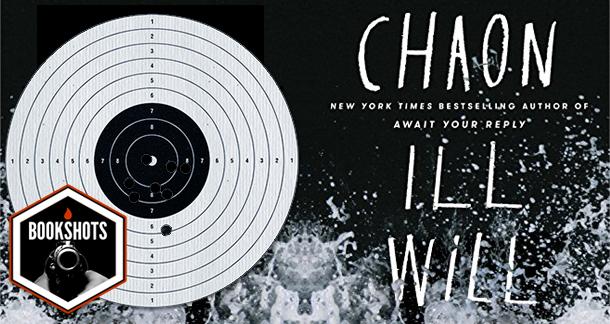 Dustin is a psychologist and widower living in Cleveland, Ohio, with his emotionally distant and drug addicted youngest son. As a boy, Dustin’s family was killed by his adopted brother Rusty in a “satanic” killing spree, which were all the rage in the mid-1980’s. The killings have forever colored Dustin’s life, which becomes further complicated when DNA evidence reveals that Rusty was not the killer and he is released from prison.

While dealing with the long, painful death of his wife, Dustin becomes embroiled in the investigation of possible “cult” murders that are occurring around northern Ohio college campuses with one of his patients, who may or may not be a police officer, or a delusional nutbag who’s creating connections around completely accidental drowning deaths. Misery, heartbreak, madness, and hilarity ensue.

Anything by Tom Perrotta or Stuart O’Nan.

Dustin: Psychologist, widower, and father who may have killed his parents and aunt and uncle.

Aquil: Weirdo obsessed with seemingly accidental deaths that he believes to be “cult” killings. May also be a cop, may also be a homicidal maniac.

Aaron: Dustin’s youngest son, who’s recently gone from casual heroin user to full-blown addict and is dealing with the deaths of his mother and best friend, who may have been killed by the “cult” Aquil and Dustin are investigating.

Kate: Dustin’s older cousin, who also may have killed her parents and aunt and uncle to avoid going on a family vacation to Yellowstone.

Wave: Kate’s twin sister who’s all kinds of fucked up over the death of her parents and aunt and uncle. Maybe helped kill them, maybe not?

Rusty: Dude who just gets fucked left, right, and sideways.

Aquil: Riz Ahmed, if he was ten-years older.

Aaron: Unknown young adult actor who's most likely over thirty.

Kate: Naomi Watts if she was twenty pounds heavier.

Wave: Nicole Kidman is she was twenty pounds heavier and let her hair go gray.

Dustin, Kate, Wave, and Rusty as kids would all be played by complete unknowns.

There’s several reasons why my family moved away from Cleveland, so no.

2. That Rusty claimed to be a member of a cult, and that his biological mother was a member of a cult, and that he listened to Satanic music and drew Satanic pictures, including pentagrams and pictures of the devil’s face. That he claimed to have been part of a cult that drowned a kid in a ritual at an irrigation canal. And that he also participated in cattle mutilation and animal sacrifice.

3. That he had driven them to the graveyard and tricked them into taking drugs that he gave them in Kool-Aid.

4. That Rusty drew a pentagram and baby rabbits were sacrificed on it and they all were forced to pray to Satan.

5. That Dustin was thrown down into an open grave.

6. That Kate had been forced to take off her panties and spread her legs on the pentagram and Rusty and Trent put a crucifix between her legs and smeared the blood of the baby rabbits on her face.

7. That Rusty had called on Satan to kill their parents.

And she believed that most of this was not untrue. It was in the spirit of the truth…

Memory is a funny thing. What makes it funny is how events play out. Two different people can view the exact same car accident from slightly different angles and give two completely conflicting stories. Our minds bend reality; it attempts to fit events into easily digestible bits of information. It hides things that are too overwhelming to face and you can trick it into believing boldface lies. At its heart, Ill Will is a novel about memory and how we go about reshaping it and bending it to fit round pegs into square holes.

As usual, Chaon prose style is measured and full of melancholy. His voice is so perfect when it comes to describing the worlds of the marginalized. His characters are nobodies who’ve all been molded by a single tragic event that’s constantly re-playing in the background of their lives. There’s no escaping it, so much so that Dustin’s children are even affected by it.

I won’t sugarcoat it, Ill Will is a heavy novel. It is a tragedy from word one. But in the same breath, it is easily Chaon’s most commercial novel, a literary thriller that definitely leans more towards the thrilling. However, Ill Will isn’t in the least bit predictable, Chaon doesn’t use cheap genre tricks to ham-handedly mislead the reader, nor would you necessarily consider the book hard charging. Ill Will is a subtle, dark read and is the best novel I’ve read in 2017 so far. It is well worth your time.

I liked this book so much I went and found everything else Dan Chaon has written.

Joshua Chaplinsky from New York is reading a lot more during the quarantine March 7, 2017 - 8:04am

I likes the sound of this. Fascinated by the whole "Satanic Panic" thing.