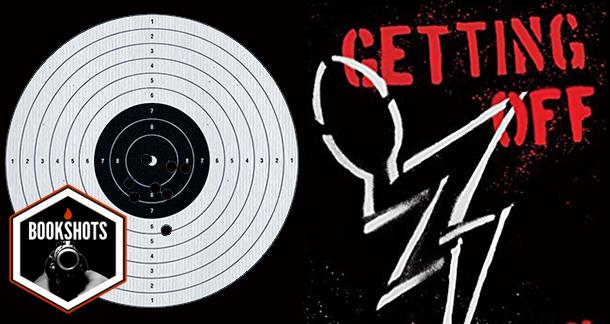 Reiss’s sympathy for Simon — not to mention his sense of humor — carries his readers along on a trip that could have been tedious in the hands of a lesser storyteller.

Jonathan Reiss, whose nonfiction work has appeared in Complex, Interview, Noisey, SPIN Magazine, The Source, Vol.1 Brooklyn, and more. Getting Off is his debut novel.

A young actor-turned-junkie tries to pull his life together in a revolting trash-and-used-needles-filled apartment with a dog named Fat and no hot water for showering; he smells.

Simon, a young actor who has destroyed his nascent career by shooting up at every opportunity and who earns his drug money by performing live sex acts on CamBoyz.

Logan Lerman (The Perks of Being a Wallflower, Fury, Indignation...)

The novel takes place in New York City, where I live, so, yes – I want to live there. However, my oldest friend was a junkie for six years; I’ve already lived there, too, and I have no desire to return.

She stared at me waiting for a response as I drifted into a catatonic state.  I wanted to cry, shit my pants, and ask her to marry me, all at the same time. I wanted to introduce her to my parents. I wanted to kill a wild animal and bring it to her. I wanted to tell her the story of Chanukah.

Getting Off  is a surprisingly affectionate novel about a young straight guy named Simon who hocks his naked webcam image to men for money to feed his heroin addiction. His life is squalid. His hot water hasn’t been on for months owing to his not having paid the bill, and he stinks accordingly. His skin is crusty with grime and blood. His clothes are foul. His apartment is a fetid dump. Still, the author, Jonathan Reiss, likes him a lot, and Reiss’s sympathy for Simon — not to mention his sense of humor — carries his readers along on a trip that could have been tedious in the hands of a lesser storyteller.

Neither Reiss nor Simon wallows in Simon’s misery. Simon treats his sex work matter-of-factly; Reiss refuses to make jerking off for other men a straight guy’s vision of absolute hell. Of course there’s the obligatory gross fat man, without whom I could have easily done. But all it takes is money to convince Simon to scrub and Swiffer the apartment of his second main trick, Will, in the buff, a job Simon is all too happy to perform. This whole phenomenon, known as “gay for pay,” is the backbone of the porn industry and its cybercousin, webcams. Riess sees the harm where it belongs — not in sexwork, but in the more overarching despair and primal self-loathing that causes and sustains most junkies’ despair and self-destruction.