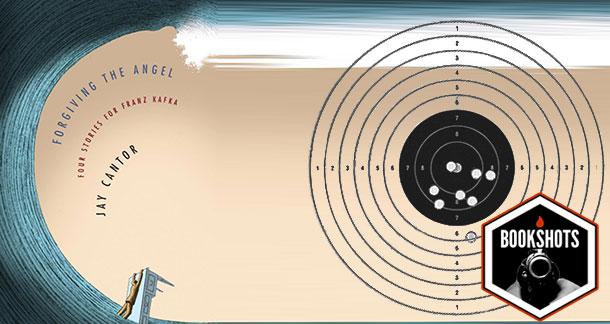 A moving and innovative read. It will be enjoyed by devotees of Kafka’s work, as well as those interested in giving it a closer look.

Four fictionalized accounts of real-life people who loved Kafka, loathed Kafka, or struggled to escape the shadow of his legacy.

Kafka’s Last Love: The Mystery of Dora Diamant by Kathi Diamant, The Complete Stories of Franz Kafka, The Stranger by Albert Camus

Dora Diamant, Kafka’s last lover, carries her adoration of him throughout her life, the war and marriage to another man.

Monica Bellucci, not in the least because she appeared in The Matrix Reloaded. Do you think Kafka would have been a fan of that trilogy?

While I wouldn't have wanted to live in Europe under Stalin and Hitler (who would?), the labyrinthine and surreal mind of Kafka definitely would be a nice place to spend some time. Some.

According to Forgiving the Angel, Kafka, one of the most influential writers of the 20th century, thought of himself as only “a nearly nameless sailor, who…had simply held to his desk all night. His only skill…was to cling to the wood with sufficient desperation.” Likewise, the main characters in Cantor’s four, loosely connected stories either cling to Kafka’s legacy or struggle to escape its chokehold on their lives.

In the title story, Max Brod, Kafka’s lifelong friend, discovers a terrible betrayal against him within Kafka’s dying wish. "A Lost Story" follows an academic who discovers an unpublished parable of Kafka’s—or is the academic a part of the story himself? In "Lusk and Marianne", a militant communist falls for and marries Dora Diamant, only to discover that she’ll never love him the way she does her late, famous love. Proof? She names the daughter she has with Lusk "Franziska". Finally,"Milena Jasinska and The World the Camps Made" introduces us to another of Kafka’s lovers as she finds passion and hope in a notorious concentration camp for women.

Discussing a book like this is tricky as all short stories, even the ones by Kafka himself, are not created equal. The title story paints a gripping portrait of friendship and the dark side of an artist many thought of as an “angel”. "A Lost Story", however, read to me more like a writing exercise lacking in urgency and need. In "Lusk and Marianne", the former’s fight to reclaim his daughter from Kafka’s ghost is matched in poignancy by his blind loyalty to the Communist Party that imprisons him as their enemy. Meanwhile, in "Milena…" the love story between the two female prisoners is touching, however the connection to Kafka seems a bit forced, his presence superfluous.

That being said, Forgiving the AngeI is on the whole a moving and innovative read. It will be enjoyed by devotees of Kafka’s work, as well as those interested in giving it a closer look.

Speaking of which, to the uninitiated, which work of Kafka’s would you recommend they read first?