Review by Naturi Thomas-Millard November 3, 2014
In: 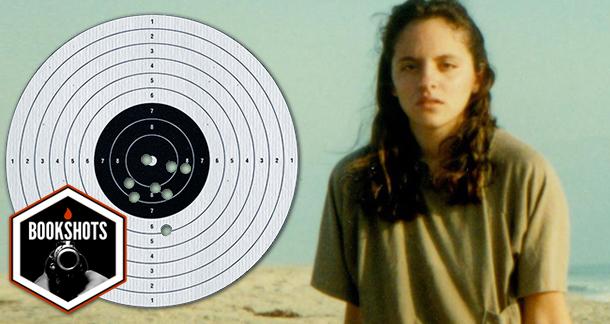 Shocking and universal, written in tones both measured and raw. Ortiz is a master at summing things up with a lovely turn of phrase.

Wendy C. Ortiz has written for several journals, including McSweeney's. Look for her second memoir, Hollywood Notebook, out this month.

Ortiz recounts her years-long affair with an English teacher that began when she was 13.

Lolita's Revenge. Ortiz actually asked for, and received, a copy of the Nabokov classic for Christmas. It came with the inscription: "Don't get any ideas. Love,Your Mom."

The Kiss by Kathryn Harrison, The Other Side byLacy M. Johnson

"Never write about us." The barely pubescent Ortiz is commanded by her teacher. In Excavation, she gets the last word.

The book's cover shot made me think of a youthful Michelle Rodriguez from the movie Girlfight (2000). Selena Gomez is closer in age, but if you shot a movie with her, Justin Bieber would probably visit the set. Ew.

Los Angeles circa '87-'92: beautiful weather, punks, rebels and artists who knew how to party, Venice to the Valley seen through the windows of Ortiz' VW bug. Who wouldn't start California Dreamin'?

When asked about my weekend, I condensed Saturday and Sunday into something that sounded legal.

One day, after English class, Wendy Ortiz slipped the cute, new teacher a binder containing her handwritten novel. In return, she received his phone number. During their first late-night call, they discussed Stephen King, ‘70’s vs. ‘80’s music and the sights he should see as a newcomer to LA.

Then “Mr. Ivers” told the 13 year old how much he’d like to put his head between her legs.

Excavation: A Memoir is in turns shocking and universal, written in tones both measured and raw. Ortiz is a master at summing things up with a lovely turn of phrase.

Teen angst: “The radio blared Erasure, a British band my mom loved, which horrified and sickened me because I loved Erasure."

The way her home life was made lonesome by wounded parents “whose own lives were falling like dirt through open hands.”

The headiness of the youthful hold she has over her lover dissipates when she meets his adult girlfriend: “My chest caved in a little, my breasts suddenly feeling pointy and odd in the presence of her filled-up blouse.”

“Mr. Ivers” is not painted as a pure monster. Rather Ortiz portrays him as a soul just as lost and needy, and ultimately, less mature than she is. Actions, however, speak louder than narrative. Even removing the underage aspect of the affair, “Ivers” is not exactly Boyfriend of the Year. He plays mind games, phone games, waxes longingly to Ortiz about his on-again, off-again “grown-up” relationship. He often treats his teenage mistress with a contempt he clearly feels for himself.

Yet, confusingly (both for Ortiz and the reader) he does seem to care for her. He cheers on her budding authorial efforts, is horrified by her habit of hitchhiking. The pain he feels at the end of the book over losing her to boys her own age and a life less toxic feels genuine. The fact that Ortiz can write about this time in her life without judgment makes it a more involving journey for us.

A quibble: Like all excavations, this one at times was sloooow going. Parts of her teenage years that were less eventful are given equal, and unnecessary, page time. The book would have been stronger with some judicious paring-down.

Excavation: A Memoir is a haunting, worthwhile read, and fans have Ortiz second memoir, Hollywood Notebook, to look forward to this month.