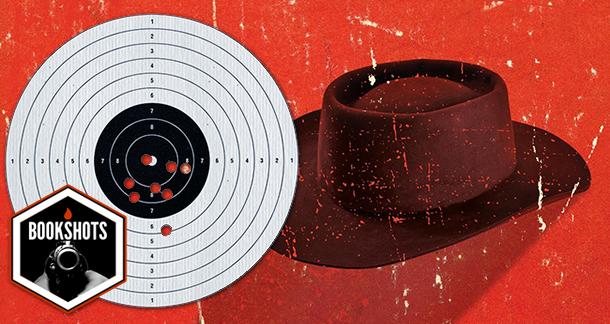 An outstanding debut [that] brings revenge, motherhood, cruelty, and humor together in a unique way.

J. Danielle Dorn is an author living in upstate New York. She has been writing and publishing short stories for a while. This is her debut novel.

When three men show up one night and kill her husband, a pregnant witch escapes the law and pursues the evil men to avenge her husband's murder.

Haints Stay by Colin Winnette, The Vine That Ate The South by J.D. Wilkes, The Revenant by Michael Punke, and The Thicket by Joe Lansdale

Li Lian, the aforementioned witch, and Hawking, the butcher who almost gets killed the night of the murder and who breaks Li Lian out of jail and helps her pursue the three men.

Tricky one this time around. Nebraska in the summer of 1859 was probably not the best place in the world for a brown man, so I'm gonna say no.

What is right is not always easy, my dear, but it makes the world a less repugnant place.

One of the most enjoyable aspects of the work of authors like Joe Lansdale and Brian Allen Carr is their voice, which is a cross between an old preacher and the best storyteller to have ever sat around a campfire. Dorn has that voice. This book is as a long letter Li Lian leaves her daughter, who will surely be a witch just like her, and that leads to a candid prose that has an undeniable pull that rings of authenticity despite being about a witch looking for vengeance. Also, even though the narrative is packed with suffering, blood, fear, anger, and death, Hawking, a hardcore drunk, provides constant comedic relief. While entertaining and unique, what makes Devil's Call a recommended read is that it works on three levels. The first is what you get at face value: a dark novel about murder and revenge. The second level is where Dorn explores pain, loyalty, and what it means to be a mother under very special circumstances. Third and last, and probably my favorite of the three, is that this is a narrative in which a mother who has always been persecuted for being different teaches her daughter about right and wrong while letting her know what it's like to inhabit Otherness. Ultimately, Devil's Call is an outstanding debut because it brings revenge, motherhood, cruelty, and humor together in a unique way.

Amazing book - heard a lot about it from different places.
Thanks for the review!