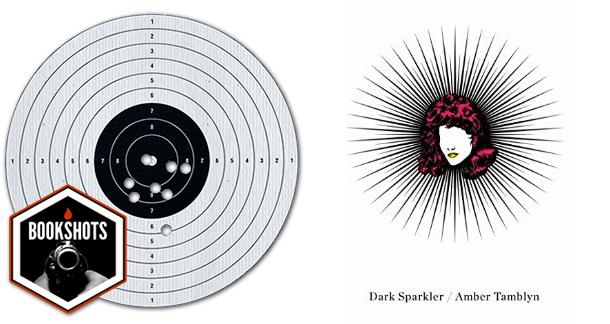 These poems could be good. They could probably be really good. Currently, however, they are not good.

Amber Tamblyn, that girl from Joan of Arcadia and The Sisterhood of the Traveling Pants

Wow, like So Many Actresses Have Died Young You Guys & Other Poems Very Specifically About My Life and Career

I already live in Los Angeles, so yeah, sure.

I'll be the girl they say pink things to
so weightless she arrives by ghost.

This book made me really mad for a couple reasons, and surprisingly none of them had anything to do with Amber Tamblyn being a dreaded "actor and poet" (although I shit you not there is a James Franco reference in here). What made me mad about this book is that these poems could be good. They could probably be really good. Currently, however, they are not good. They read as though they haven't been edited in the least, and maybe some people could attempt to make excuses for that, pretend that it lends emotional weight or some nonsense, but in all honesty these feel like first drafts. Lines could be tightened or cut; certain poems could be dropped altogether. It's a 3-star book at 128 pages that could be 4-star at 80 pages or possibly even a 5-star book at 60 pages. It's a shame, because there are sparks of real beauty and talent in here, but they're crowded out by countless inane, unrelated metaphors, like someone gifted Tamblyn a box of random images for her birthday and challenged her to work them all into a book. This is from "Jayne Mansfield," which I subconsciously subtitled "Has Amber Tamblyn Ever Seen a Metaphor She Didn't Like?"

Your neck was a study of the asterisk, the silken shape of Sanskrit,
the sucker punch of succulents.
Your neck a thinning glacier,
fine as the grind of a blade curve,
soft as a k in a known word
long as they say about slow burns.
Your neck the place where pearls retired below the face your girls admired.

Jokes aside, she's very poetic. Honestly, I'm being completely serious when I say that it takes a lot of real talent to name drop as many times as occurs in this book and not make it seem 100% douchey, but she pulls that part of it off. She's got the whole "actor and poet" thing working, but someone needs to be a lot crueler with these poems, stricter with the edits. I would absolutely believe it if someone told me that not one of these poems was edited at all after it was initially drafted. Some read like utterly banal high school angst diary entries, while some tackle the exact same subjects with grace and subtlety. It's maddening.

Another issue I had with the collection is that it has a very clear theme—young Hollywood deaths—but then randomly breaks out into poems about Tamblyn's current personal life towards the end. Were these poems she had lying around that she wanted to sneak into the book? I don't know. I'm annoyed. I think she could be really, really good if she learned how to edit her work a bit more ruthlessly. I haven't read her other two collections, so maybe this is an improvement, or maybe this is an off book, or maybe anything. It's frustrating to see this book not succeed in what it's very clearly attempting to do, though, because what it's attempting is interesting and makes for a great focus for a collection. I don't know. I don't know. Don't read this book; it's annoying.

One thing she does that's really, really cool, though, is her poem "Barbara La Marr," which I shall reprint here in its entirety.

I don't know, read this book if you want? I don't recommend it, though. Maybe ask a friend to black out parts of the book first? Then it might be really good. Yeah, do that. Buy the book, and ask someone to black out superfluous poems and metaphors. It would be an artsy little poetry project that might make this collection enjoyable. Or don't. You're not missing anything.