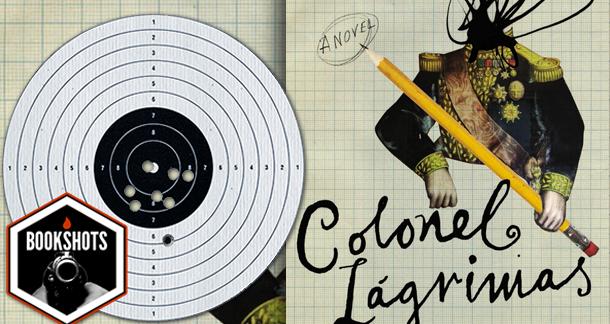 An aging mathematician works on his last project, a series of biographies of famous female alchemists, in his remote mountain home.

Apparently obsessed with a single mathematical formula which is repeated throughout the book, the Colonel has turned his back on the world, preferring to write about alchemy in the stillness of his Pyrenean home.

I would call it: Snapshot of a Declining Genius

The Colonel (though that may be a self-appointed title — it’s unclear) is a famous mathematician of Russian descent who grew up in Mexico, then moved to Spain before arriving in France during World War II.

I could see Ben Kingsley playing this role, as he certainly has the presence to pull it off, maybe as a stage play, even.

The Pyrenees, the mountain range that separates France and Spain, is a beautiful part of the world and I would definitely consider living here.

The worms’ silence as they gnaw is perhaps the best answer: Nothing happening here, or almost nothing, but in the midst of this incurable tedium a life is decanted toward its end.

The Colonel of the title is aging and, from things said in passing, this book encompasses what could well be his last day and his final project, the aforementioned biographical trilogy of historical female alchemists. Apparently obsessed with a single mathematical formula which is repeated throughout the book, the Colonel has turned his back on the world, preferring to write about alchemy in the stillness of his Pyrenean home/prison/hermitage. And, it appears that he’s never had a military background, but has conferred the title of ‘colonel’ on himself.

As the book progresses, we learn a great deal about his past, including his refusal to speak Russian any longer, preferring Spanish and French, and the fact that he has prosopagnosia, meaning he is unable to recognise people. Many tantalising hints are placed through the book, but few are substantiated, almost as if we’re sharing the decline of mental faculties of the Colonel. We are also placed in the position of somehow spying on the Colonel as he goes about his day, able to open drawers and examine various writings and photos we find as the book progresses.

I found this a difficult book in that I kept waiting for something to happen — when I reached the end, it was almost a sense of ‘is that it?’ mixed with surprise that it was over. Not that I wanted it to continue, as frustration was making me impatient with the character and the author. I can’t say I hated it, I just was hoping for more. Sadly for me, it felt a bit like one of those thought exercises that got carried away and oops, it’s a novel.

I read this book. And I did not like it. I expected more. I read a similar book and told about it on my website  It is much more interesting and makes you think.