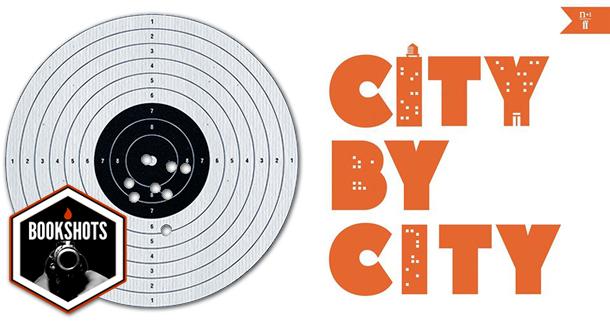 City by City: Dispatches from the American Metropolis

This kaleidoscopic portrait of America and its core cities is sharp, eye-opening and big-hearted.

A mix of personal, political and historical narratives (and interviews!) that explore how forces like gentrification, economic collapse, crime, cultural customs, and disaster have shaped American cities and the people who call them home.

n+1’s essays and interviews, and if you often dream of taking a road trip across America.

American cities in all of their pre- and post-recession glory, from metropolises like New York and San Francisco to failed cities like Cleveland, Detroit and Lehigh Acres, Florida.

Each city as itself, directed by Sam Mendes (channeling his work from Away We Go).

Of all the cities, I was drawn to Moira Donegan’s New Orleans: “Even now, whenever I go there, New Orleans seems to be trying to draw me into some kind of conspiracy of signification. When I lived there, my apartment was on Independence, a one-way street. Two blocks over was Desire, a one-way street going the opposite direction. It was things like that.” How could you not fall in love with the place?

It is possible to become so healthy that you become sick.

In no way does this collection search for the ideal American city. It isn’t on that quest —the kind emperor Kublai Khan explores in Italo Calvino’s Invisible Cities. These essays were written between 2009-2014, following the financial crash of 2008. It comes down to this: whether cities sink or swim. And, more than that, what is it that some cities have to abandon to stay afloat?

The collection is seamlessly organized. It sweeps through mega-metropolises, disappearing cities, urban spaces divided by highways, sprawling cities, and all those places trying to gentrify into something more desirable. Of the cities that try to stay afloat, Ryann Liebenthal’s essay about her hometown, “The Making of Local Boise,” haunts readers with the city’s aspiration to become something it is not—a more local, authentic town the likes of Portland, Oregon. These cities aren’t always hometowns for their writers. In many cases they are are adopted homes, or even, as Katy Lederer declares in her essay on Las Vegas, “ . . . the place my mother died.” The strongest pieces of this collection don’t just describe a city and its infrastructure, they sit you down with real people.

This kaleidoscopic portrait of America and its core cities is sharp, eye-opening and big-hearted. City by City charms you with little-known facts (“The Empire State Building in 1941, a decade after its opening, remained 75 percent empty”) and leaves you aching for people lost in cities you’ve never been to.