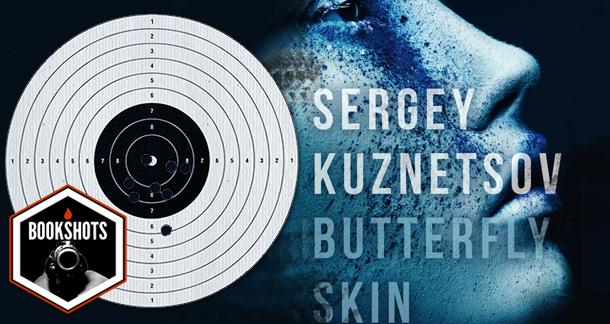 Sergey Kuznetsov, a Russian novelist whose previous works include The Circle Dance of Water, which was shortlisted for Russia's Big Book Award in 2011. Kuznetsov is also a journalist and has contributed to Playboy, Harper's Bazaar and Vogue. He's widely regarded as one of the pioneers of the internet in Russia.

...if Stieg Larsson and Thomas Harris met each other on ICQ, courted each other, then met in person and had a lovechild and posted its picture on a creepy subreddit, it'd look something like this book.

In Moscow, a young journalist investigates the identity of a serial killer.

Ksenia, the young journalist working for an internet news site in Moscow. She's a bit of a freak.

The streets of Moscow? No thanks.

It is good to kill in winter. Especially if it has snowed overnight, and the ground is covered with a delicate blanket of white. You put the bound naked body on it. The blood from the wounds flows more freely in the cold frosty air, and the warmth of life departs with it. If you are lucky and she does not die too quickly, she will see the solid film of ice cover what was flowing through her veins so recently. Red on white, there is no more beautiful combination than that.

I was at my parents' house recently. My mother—an avid reader of anything with a good, trashy murder mystery (and, thus, an avid watcher of anything on Lifetime)—picked up my copy of Butterfly Skin and read the blurb on the back. Her eyes got all googly, and she said, "Ooooh." So, you know, that should tell you something, if all you know about my mother is what you just read.

Truth be told, Butterfly Skin is right up my mother's alley. It's trashy, and it's a murder mystery. That's all she gathered from the back-cover blurb, and that's all she needed to gather to get all googly-eyed about it.

What you're going to gather now, what you need to gather now, is that Butterfly Skin is more than some trashy murder mystery. It's perverse. It's horrific. It's grotesque. It has a bigger sexual charge than the snaps you send to your SO. Put it this way: if Stieg Larsson and Thomas Harris met each other on ICQ, courted each other, then met in person and had a lovechild and posted its picture on a creepy subreddit, it'd look something like this book.

To put it another way: Butterfly Skin is fucked up.

So fucked up that Kuznetsov thought it was a good idea to write chapters from the killer's perspective (it is a good idea) and dabble in the second person so you feel like you're the one not only being stalked by some psychopath but participating in and enjoying auto-erotic and BDSM-type shit (also a good idea).

That is what Butterfly Skin is about, discovering what you're into while hunting a serial killer whose victims are all tortured in weird sexual ways, and you yourself being into some weird sexual shit, least of which is chatting on ICQ with strangers who may or may not be interested in torturing you (okay, it's about Ksenia doing these things, not you, but sometimes you just can't help but feel like you're the one with the abnormal fascinations, you know?).

Originally published in Russia in the 1990s (which explains the endless amount of ICQ mentions, each one more awesome than the last), it's scary to think that Kuznetsov was commenting on the dangers of online chatting and meeting up with complete strangers long before the days of Craigslist, Tinder and FarmersOnly.com.

Butterfly Skin has attained that ever-exclusive cult novel label in Russia, and if American audiences embrace it, I dare say it will become such a novel here as well.