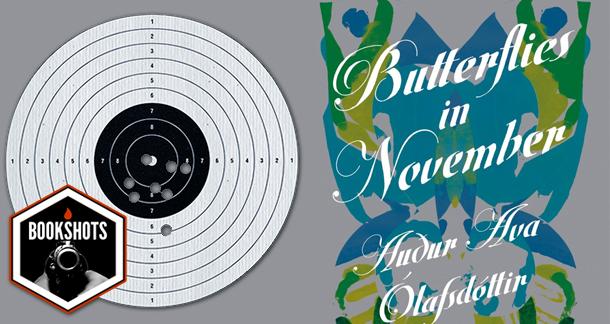 A funny little book about womanhood, childhood, marriage, divorce, and the various aspects of love, particularly how we give and receive it.

Our unnamed female narrator hits the road with her best friend’s hearing impaired 5-year-old son to learn to live and laugh and love!

Any of the lesser works of Anne Tyler and Alice Munro

Unnamed female narrator: She makes her living translating and editing manuscripts. She speaks 11 languages and is vastly emotionally detached from just about everything in her life. Okay, not JUST— everything. Seriously, the woman’s a Vulcan. I mean, she barely blinks an eye when her husband tells her he’s divorcing her because he’s gotten another woman pregnant.

Tumi: Odd little hearing impaired five-year-old who is as equally detached as our narrator. But at least the kid has a reason to be.

Noomi Rapace would play our unnamed narrator. The young boy, Tumi, would be played by some adorable, towheaded kiddo that we’ll all find adorable, at least until he turns 14 or 15, and then we’ll just make fun of him for getting fat or having pimples or drinking too much.

Iceland? Sure, why not?

The only thing mothers have in common with each other is the fact that they slept with a man while they were ovulating without the appropriate protection.

So a little bit of forwarding before we get started: I’m a little too used to the pacing of American novels. There, I admit it. I like the typical three act structure most American novels subscribe to—it suits my mindset. Don’t get me wrong, I’m a huge fan of translated novelists such as Bolano, Murakami, Saramago, etc. But even with a few of their works—and I don’t know if it’s because of the translation or what—the pacing of the narrative often loses me even though I’m enjoying the writing.

With that being said, if you’re the type of reader who’s hooked on the American style of storytelling, Butterflies in November probably isn’t going to be for you, so walk away now, go pick up something by Philip Roth or some Stephen Hunter. Alright, for the rest of you who stuck around, Butterflies in November is a pretty good, albeit flawed, read. There’s nothing groundbreaking about the novel. It’s not going to change the way you see the world, but it’s a funny little book about womanhood, childhood, marriage, divorce, and the various aspects of love, particularly how we give and receive it.

The open ended plot of Butterflies in November is pretty meandering, which I can usually forgive if the writing and characters are somewhat engaging, but in this case … well, the writing is nothing to get excited about (and this may have to do entirely with the translation?) and our narrator and the little boy Tumi are just way too detached to be likable. So, like I said, Butterflies in November is just pretty good. But if you want me to recommend some pretty good books to you, I have about a thousand of those I can point you in the direction of.