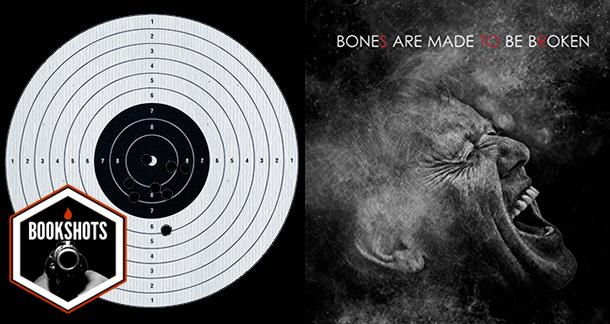 Bones Are Made To Be Broken

A solid entry by a young, extremely talented storyteller that I hope to be reading more of in the future.

There’s Only One Chance For You

Pretty much anything by Ray Garton and Jack Ketchum.

It’s a short story collection, so no leads.

The settings are numerous and more often than not, anonymous, but always creepy as Hell, so no.

She made her way around the loveseat, to the bathroom, flicking on the light over the medicine cabinet. It washed her in yellow, making her cheeks starker than they were, her eyes deeper in their sockets.

Karen glanced away, unbuttoning the sleeve of her shirt and pushing it up. Thin, long vertical scabs traced the circumference of her forearm in mostly organized rows.

She studied them a moment. Guilt and shame percolated through the slow, lazy waves of pain.

(can’t handle it weak a failure)

She opened the medicine cabinet. A razor rested on the top shelf and she pulled it down. The yellow light slid along the blade like liquid butter.

She took a deep breath, put the razor near her elbow. The corner dimpled the flesh.

Pressed down and the wire thin pain was immediate, banishing the throbbing in her head, the ache in her shoulders, the voices that rode her thoughts.

I love single author short story collections. I always think short fiction better spotlights an author’s gifts as a storyteller. Read Peaceable Kingdom By Jack Ketchum or pretty much any collection Stephen King has ever published and you’ll know what I’m talking about. While the works may be short, they pack a powerful, heady punch that make you want to search out the author’s other books, or in the case of newer, less established writers, it makes you look forward (hopefully) to their future works.

What I also like about collections from newer writers is that they often work as an evolutionary ladder. You see the stumbles and falls as the author attempts to walk upright; the feet and legs tangling and tripping as they attempt to run, and finally, the full on flawless sprint as something finally clicks and you experience when the author combines all of the elements of a great story and throws out all of the mistakes they made in previous efforts. It’s a powerful thing to witness.

With Bones Are Made To Be Broken, you see Anderson’s progression very clearly, which means that, yes, there are a few of stories that seem like they could have been written by anyone and seem more like pastiche than original narratives. But, as the collection moves forward, he hits his stride with such stories as “The Doorway Man”, “Surviving The River Styx”, and the collection’s riveting title novella (Which, due to its overall length, I think the piece would have been better served as a standalone book as opposed to being a part of a collection), “Bones Are Made To Be Broken”.

And while there are some missteps in Bones Are Made To Be Broken, overall it’s a solid entry by a young, extremely talented storyteller that I hope to be reading more of in the future.