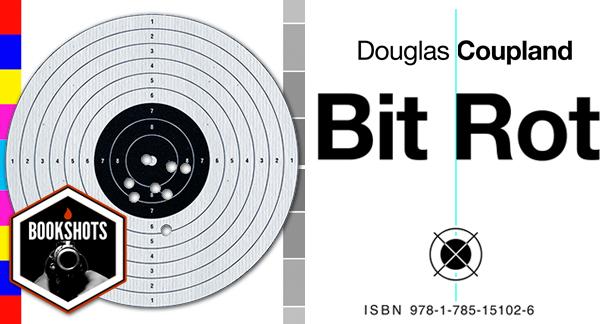 Clear your schedule and tuck in for the night, or sneak in a few stories during lunch or on the toilet.

Canadian renaissance man Douglas Coupland, who divides his time between visual art, design, and writing. You might know him as the author of international bestseller Generation X, a book which defined a generation.

Check out my Primer on his work HERE, advice from the man written specifically for LitReactor HERE, and my 2014 interview with him HERE.

Data on a Storage Medium:

A mixture of new pieces, essays from his Financial Times column, and the short stories from his novel Generation A, presented here as stand-alones, outside the original narrative.

Shedding Nuerons, the brains analog to the decomposition of computer files.

Any and all Coupland, musings on the cultural impact of tech, Netflix.

The denizens of the 21st Century.

Each and every one of us.

So many perceptive bon mots to choose from. Here's one of many:

I suspect that abandoning one's pre-Internet brain is the only intelligent adaptive strategy necessary for mental health in the world of a perpetual future.

Douglas Coupland is back, with a tasty collection of bingeable treats for a new generation—Generation N, the Netflix generation. Bit Rot is a weighty volume, but it reads almost like a blog, and lends itself to marathon reading sessions as well as short reading bursts. Clear your schedule and tuck in for the night, or sneak in a few stories during lunch or on the toilet. If this isn't by design it is a happy accident, one that gives a cohesive binding to Coupland's ephemeral output from the last decade.

As expected, Coupland's writing—especially in the essay work collected here—is so conversational it's like chatting with an old friend. An old friend obsessed with the intersection of technology and culture. But don't worry, this friend isn't a conspiracy nut. He won't ramble on like Zeppelin, waxing paranoid about the latest inroads Big Brother has made into our private lives. He makes his point, a point that is almost always valid, and then gets the hell out, most pieces clocking in at three or four pages max.

The fiction and non-fiction pieces integrate well, sometimes blending into one another to the point where the distinction doesn't matter. Tonally they match, and aside from a few bizarre flights of fancy, are all highly probable. And even when they aren't—as in the case of "George Washington's Extreme Makeover: The Pilot", a television script about abducting important figures from America's past and giving them a fashion overhaul—thematically they ring true. That Coupland has remained plugged into the zeitgeist all these years and maintained relevance without a complete makeover of his own is a miracle.