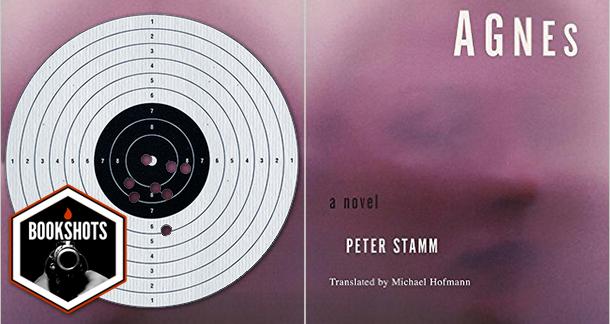 We are all the heroes of our own story, and sometimes, like the anonymous narrator, we can forget that other people are not simply our supporting characters.

Swiss writer Peter Stamm. The translation is by Michael Hofmann.

An older German writer meets Agnes, an American student half his age, and they fall in love. At her insistence, he starts writing their story. It’s all good fun until the story inevitably reaches the present and the fantasy begins to diverge from reality.

500 Days of Summer, Eternal Sunshine of the Spotless Mind

The unnamed German is a writer with frustrated ambitions, unable to publish anything but the most dry academic texts. Agnes starts off as a template quirky pixie, until a broken heart shatters the facade.

Although set in Chicago, this could be any American metropolis. Most detail is spent on the weather, which is used to set the emotional tone for many scenes.

Agnes didn’t have many friends, just three women who played in a string quartet with her that met every week.

Agnes is slow paced, especially the first chapters, and frustratingly vague in many points. The narrator and Agnes have some interesting and fun dialogues even as the relationship progresses through fairly predictable beats. Things finally start to get interesting when Agnes suggests he write a story about them. At first, they have fun recalling the history of their relationship together. When the story catches up to the present, they make a game out of obeying everything “the narrator” says, but then real life throws them a twist: Agnes gets pregnant, and they disagree about what to do. As the fiction diverges ever more from the narrator’s pleasant tale it simultaneously showcases both how important and detrimental one’s own internal sense of story can be. The narrator ends up discarding Agnes because she refuses the play the role he tried to ascribe to her, and when he finally gets her back he tries to “fix” all of his mistakes in the story and conjure some perfect vision of how their relationship could have ended up, but this only serves to make reality more painful by comparison and fracture their relationship even further. We are all the heroes of our own story, and sometimes, like the anonymous narrator, we can forget that other people are not simply our supporting characters. An interesting autopsy of a failed romance.

Sounds really depressing. Guess I don't need this one in the book pile by the side of my bed.