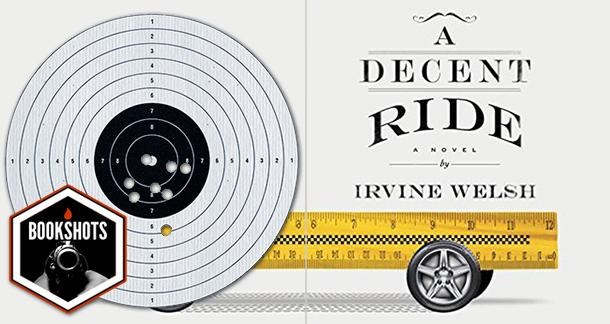 Has everything you’d want and expect in a Welsh novel: drugs, sex, and scam, with just enough heart and humanity for the reader to latch on to.

Irvine Welsh, author of Trainspotting and Filth, both of which have been adapted to film. The Scottish novelist has published ten novels, four short story collections, and a myriad of screenplays. Welsh hails from Edinburgh, which often serves as a backdrop for his novels.

Trainspotting or Porno…basically anything else by Welsh. Also pick up if you're into transgressive fiction.

“Juice” Terry: Our main protagonist. The corkscrewed curled Terry can usually be found fucking, driving his cab, or fucking in the back of his cab. A genuine sex addict, Terry is crushed to learn that he has a heart condition that can kill him if he engages in sex.

Jonty McKay: A slow-minded man with a huge cock and a penchant for McDonald’s. Jonty is Terry’s equally “talented” half-brother. When his girlfriend Jinty goes missing, Jonty is at the top of the list of suspects.

This should perfectly sum up what kind of guy Terry is:

If you’re on this site then I’ll assume you’re familiar with Welsh’s prior works—namely Trainspotting and Porno. You’ve at least seen the cinematic version of the former, and if I’m mistaken, then you should get on that right the fuck now. A Decent Ride is yet another expansion pack of Welsh’s Edinburgh universe, chock-full of seedy characters that are like old friends by now. “Juice” Terry may not have the junk addiction of Mark Renton or the can’t-look-away violent outbursts of Francis Begbie, but he is worth following nonetheless. Misogynistic to the point of parody and deeply flawed. A Decent Ride has everything you’d want and expect in a Welsh novel: drugs, sex, and scam, with just enough heart and humanity for the reader to latch on to. Although the phonetically-written Scottish dialogue will be a challenge to some, it yields a huge payoff to those looking for some good ol’ fashioned across-the-pond transgressive lit. I don’t rank this one quite as high as his others, but A Decent Ride is in my top five as far as Welsh’s novels go. Definitely worth checking out, regardless of whether or not you're familiar with those prior novels.

Bookshots: 'The Sex Lives of Siamese Twins' by Irvine Welsh