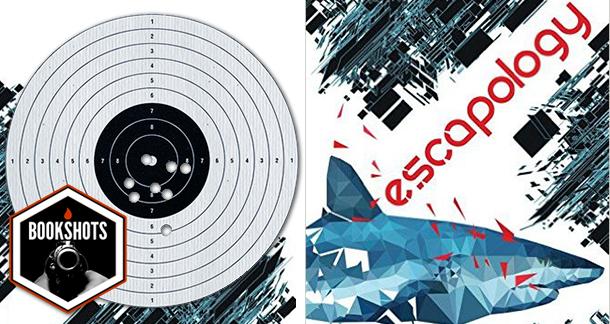 Sets off with the lassitude of a bolt from a crossbow and keeps on going...with about as much pause between climaxes as a fifteen year old boy reliving his first sighting of a side boob.

Ren Warom, former teacher of English in Poland, mother of three and now writer of cyberweird sci-fi. More info at her website.

With the Earth broken by unspecified environmental disaster, most people with any kind of money spend most of their existence in the virtual reality of the Slip. Shock Pao, once a woman, now a man, makes his living burglarizing that electronic world. It’s safe enough, except when one of the secrets you steal happens to be the possession of an extremely bad man and also happens to be the one object that holds the whole Slip together.

…the idea of China Mieville taking Neal Stephenson’s work and toughening it the fuck up.

Shock Pao: transgender Haunt, capable of cracking any virtual safe in the Slip

Amiga: Cleaner for Twist Calhoun, bent on picking the pocket of her crime lord boss

Shock Pao: Steven Yeun. 1) He’s pretty enough to play a woman-turned-man 2) The word on the street is that he’s going to be looking for work once TWD gets started again.

Amiga: Kimiko Glenn from Orange is the New Black. I’d love to see her off a few Streeks.

Twist Calhoun: Could we coax Irvine Welsh back onto the screen? I think for this we could.

Only if I can have a Great White Shark as an avatar.

Foot down, weaving erratically through the highway traffic, Shock negotiates with his inner hysteria.

Remember that thing they teach you in Writing School about pacing the action in your story so that you have enough fast bits to keep the audience engaged but slow bits in between so that the audience can catch its breath from time to time? Sometimes that process is called building to a climax, the idea being that you dole out your excitement in little bits, presumably because otherwise your audience might become over-stimulated. The reasoning is, I guess, that books aren’t about stimulation, they’re about three act structures and Greek words like bathos.

If they ever taught that to Ren Warom, the lesson fell on deaf ears, or possibly she chose that day to sit at the back of the class daydreaming about how many tentacles to give her avi, because Escapology sets off with the lassitude of a bolt from a crossbow and keeps on going, pedal to the metal, tyres screeching, with about as much pause between climaxes as a fifteen year old boy reliving his first sighting of a side boob.

Executing her setup in about twenty pages of gasoline scented prose, Warom doesn’t so much introduce you to the world of the Slip as dump you in the middle of it, stark naked and trembling and — before you even get to wrap a towel around your waist — experiencing full exposure to a world full of vulture-like assassins called Streeks, a giant ship-island called the Resurrection City which used to be the country we currently call Somalia, and Shock diving the deeps of the Slip, trawling for illicit data and stealing identities from unsuspecting citizens, who will spend the rest of eternity wondering why they have suddenly become invisible to the rest of the world.

And that’s just the beginning. After that it gets exciting.

I recommend, then, that you read Escapology in the quietest setting possible. An isolation tank. A desert island. Swaddled in cotton wool in the basement of the British Library. You need to do this as a counterbalance to the heroic and possibly toxic amounts of adrenaline that reading it is likely to release. Or you can ignore my wise advice, throw caution to the winds and try reading it in bed with a nice cup of cocoa. But if you do that and end up in some hospital ward, sedated, with your weeping relatives signing releases for brain surgery and your nervous system looking like a badly wired supercomputer, don’t say I didn’t warn you first.

Bookshots: 'The Peripheral' by William Gibson