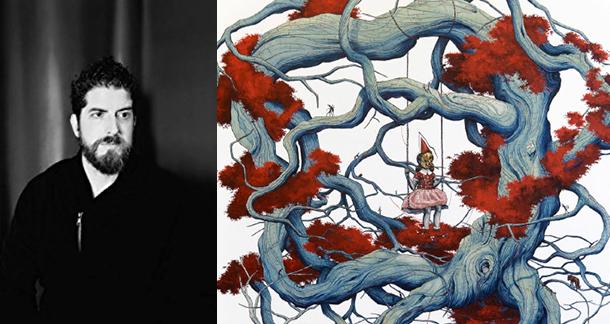 As host of the This Is Horror Podcast I love to dissect storytelling and uncover ways in which writers can improve their craft. Today I deviate from the audio format and onto the page. Having recently worked with T.E. Grau on his forthcoming novella, They Don’t Come Home Anymore, I invited him to spend some time with us at LitReactor to tell us more about the origins of They Don’t Come Home Anymore. Here’s the result.

Where did the idea for They Don’t Come Home Anymore come from?

I’ve found through experience that one often doesn’t get to choose an idea, it sort of chooses you, in that it comes to you—arrives—appearing in your brain one day in some level of developed mass. Once it’s there, that tiny ball of clay, it’s then the writer’s choice to either explore it or ignore it. Throw it on the wheel and build it up, or smash it flat. Or, as is often the case, explore it for a bit, work it through until it leads to a dead end, something cheesy, or already done, and then abandon it to the dust.

Lean up your prose and be confident that it can stand tall and beautiful when totally naked, stripped of robes and sashes and distracting accessories.

The idea for They Don't Come Home Anymore came to me a few years ago, or at least a few years before I started writing it. The term ‘BFF’ was floating around in my brain, and I started looking at it from a more extreme point of view. What does ‘Best Friends Forever’ mean if taken literally? How would one follow through on that claim if it was uttered as a promise? That took me to the later scene in the hospital, with one girl vowing to the other that they would be best friends forever, and that she meant it.

This led to the undead, and ultimately vampires, which was a subgenre that didn't really appeal to me as a writer. Mainstream books and movies sort of ruined the whole thing. Demystified it, and made it silly. But, this story demanded that angle, so I obeyed.

I knew right away that I wanted to come at vampires from a more scientific angle rather than empirical, or based on folklore and myth. I didn't follow any of the conventions, but instead fit vampires into my own horror worldview, with elements of the cosmic, of panspermia, and other elements that I won't discuss here, lest I give anything away.

Also, my wife (Ives Hovanessian) has been dealing with health issues for several years now, and I think my frustration with being unable to help her, to actively get her well through action or even sheer force of will, greatly influenced the story without me initially realizing it. I’d move mountains to get her better. I’d do just what Hettie did.

Do you think there are general misconceptions as to what is meant by a ‘vampire tale’?  Are there limitations that you want to transcend?

I’m not really sure, to be honest, as I don’t normally read much vampire fiction, and haven’t in the past, other than Salem’s Lot, which I’ve always loved, and I Am Legend, which is the best vampire novel I’ve ever read, due to its post-apocalyptic elements, which occupy a special section in my many chambered heart. Short stories that I have come across are usually part of other, more diverse works, such as collections and anthologies, with Nathan Ballingrud’s “Sun Bleached,” John Langan’s “The Wide, Carnivorous Sky,” and Poppy Z. Brite’s “Seed of Lost Souls” standing out. I don’t think I’ve ever intentionally sought out a vampire story, except maybe when doing research when I started writing They Don’t Come Home Anymore in earnest, to get a feel for what sort of stuff was presently on the market. I read The Last American Vampire by Seth Grahame-Smith, and The Historian, by Elizabeth Kostova, both of which were rather interesting to me as a history buff, in terms of placing vampires in real historical contexts, but weren’t real satisfying in general. I’m sure there are some amazing vampire stories and books out there, but I’m not in a position to comment on them, and I don’t want to judge a genre of fiction without knowing more about it.

With my novella, I tried to do my own naive take on vampire lore that felt the most organic to me, that made the most sense with how I view horror, and how the supernatural might not be so “super” and more just plain “natural” depending on what is really out there in the world, in the universe, and other planes of existence. The greater horror mythos in which I write has a much thinner barrier between what is and isn’t possible, based on lost science, repressed history, the physics of magic, and forgotten realities that were once fact, but are now remembered as myth, folklore, and the foundational stories of present-day religions. The “unexplained” might have been explained at some point in antiquity, and still might be explained at some point in our future. Science fiction becoming just plain science. These principles drive a lot of what I write.

In terms of story, They Don't Come Home Anymore is more concerned with these two girls, and the motivations that drove them to their present positions just as we encounter them. The vampire element—while an engine of the plot, much like zombies in The Walking Dead—is secondary to the human motivations and failings in the piece.

An early draft of the novella was titled BFF,. What concerns and reasons led to you changing the title and why is They Don’t Come Home Anymore a better fit? 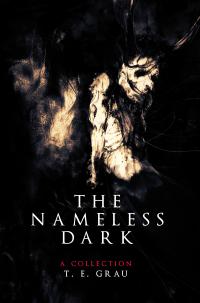 To be honest, the title would still be BFF if it wasn't for my wife. The first time I shared the title with Ives, the look of horror on her face told me everything I needed to know. I thought it fit the age of the two main characters, and was a bit of a wink to the plot, but she thought it dated the story, and was cheesy. As always, she was right. I’m much happier with the current title, which took me a while to come up with, as the story had been BFF in my brain for a long time. As with the cover (she found Candice's artwork, and then designed the cover herself), I trust Ives implicitly. Having her taste, creativity, and editing on my side is a definite edge that I can’t overstate. My work and books would be very different, and much poorer, without her on my side.

We’re a couple of weeks away from They Don’t Come Home Anymore. For readers who can’t wait and want to delve into your work right away which stories do you recommend and why?

I’d probably suggest my most recent work, including “Tubby’s Big Swim,” “The Mission,” and “Expat,” which are available in my collection The Nameless Dark; and “MonoChrome,” which is a novelette that was originally published in the fantastic anthology In The Court of the Yellow King, and will be republished in its entirety in the first edition of Occult Detective Quarterly, a brand new outfit out of the UK that looks incredibly promising.

I like my early stories, but most of them were straight-up Lovecraftian pieces. My later stuff peeled away from that, while still retaining shades of cosmicism, especially “The Mission.” “MonoChrome” is a King in Yellow story told in a modern L.A. Noir mode.

As you know, LitReactor is a community where writers improve their craft. On that note, what’s the best writing advice you’ve ever received and how did it transform your writing?

My wife Ives does all of my editing (as noted above), and the best advice she gave me was to cut down and/or cut away all the extemporaneous verbiage that clogged up my work, and let the story shine through instead of whatever purple tap dance I was doing on the page. She also taught me to stay on plot, and not get sidetracked with digressions, which I can tend to do.

Basically, lean up your prose and be confident that it can stand tall and beautiful when totally naked, stripped of robes and sashes and distracting accessories. I still struggle with this, as my natural inclination is to wax Victorian or cut sideways into some Beatnik jag. But that doesn’t make for efficient prose, or an easy read. Nor does it make for very good storytelling. Each day, each story, I try to write cleaner and stronger, trusting the foundation of my story instead of the paint job. I’m stubborn and slow to change, but I think I’m getting there.

Yep. I'll be preordering this one, and reading it the moment it's available. I think I've read The Nameless Dark three times from cover to cover this year, and a new Grau story is at the top of my must-read list.