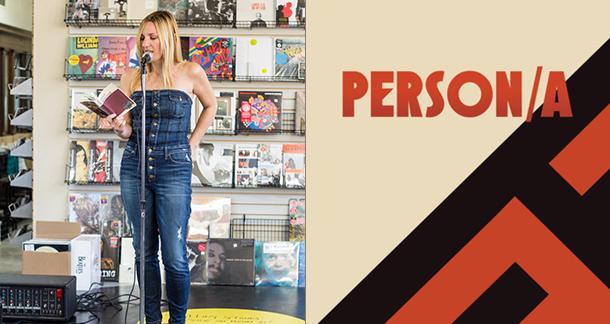 Elizabeth Ellen has been a star in the indie lit community for years. Her work as publisher of Short Flight/Long Drive Books, and her own writing—a kind of poetry of uncertainty, a romanticization of self-consciousness—has earned her many die-hard readers and supporters.  Her most recent book, Person/A, finds her in her most intimate space yet. It’s confessional and arresting. Tender and provocative. We spoke to her about the book here:

You start Person/A with a collection of rejection letters. It seems like rejections from agents AND presses? And one from your mother. I love that. So many books that exist have gone through rejection. But what exactly was your reason for including these at the start?

Because I thought it would be funny. And because I’m always curious about other people's experiences in finding or not finding an agent or publisher. And because there's no good way to reject something that is a creative work. And that email from my mother has always cracked me up. I mean, aside from the time when it pained me horribly. But even then I recognized the humor in it, I think. I forwarded it almost immediately to someone (after deleting the middle part) and said 'Haha,' so that would seem to indicate even then I knew it was humorous. But people love it. I think it's unanimously everyone's favorite thing about that book. So, props to my mom!

You put Person/A out with SF/LD. You open this book with rejection letters, but I’m sure you had other options for publication.

What other options did I have? Oh, other 'small' or, sorry, indie presses? Yeah, I just figured if that was my other option, and they'd probably want to control or change things about it, might as well put it out myself because might as well at least have TOTAL CONTROL. Which is also why I canceled our SPD distribution with this book. I wanted to be able to instantly stop selling it if and when I became uncomfortable or changed my mind about more people reading it.

Can I or should I ever publish this and if so, in what form? How much can I publish and not feel like a piece of shit?

Does being your own publisher for this make the book more personal?

Hmm...good question. I don't know, really. I guess it does? But I hadn't thought of it that way and certainly didn't know that would be the case while writing it for seven years. But yeah. I guess now it does. Because, again, total control. Which equates with more personal. I think?

Why do human beings have such a hard time being not-flawed? And why are humans so quick to judge the flaws revealed in the actions of others?

Humans seem to have no problem being not-flawed. But I think you mean, why do they have a problem showing people their flaws. Or wait. I’m not exactly sure what you mean now that I read that question again. Better rephrase it, Brian!

I guess what I mean is: Why do humans have such a hard time being what they want to be, avoiding what they want to avoid? I feel like much of what plagues the narrator in Person/A is a kind of desire to do/be/pursue things that aren't always smart/easy/practical. Why do people do that, ya think?

I think this question should be renamed, "Why does Brian Allen Carr tax my mind with ambiguously asked questions?!?!"

Fine. I feel like much of what plagues the narrator in Person/A is a kind of desire to do/be/pursue things that aren't always smart/easy/practical.

I guess IF I’m reading this right, and God only knows if I am, I would say because the narrator a) wants it both ways, b) is a contrarian but also a traditionalist, c) society has made us bipolar by telling us to go against our natures in order to be a 'good/decent person'; it's a lose/lose.

Also I would say the narrator is bored. Due to the repressive nature of our society. Both sexually repressive and intellectually repressive. Thus she pursues what you are calling "not smart," "not easy," and "not practical." Challenges, Brian. Stimulation, Brian. We all need all of these. Some of us more than others, I suppose. To distract from the futility of life. From the meaninglessness. From the hypocrisies of our society, our friends, our lovers, ourselves.

I feel like many of the most vocal people on the internet—social media activists—don't have kids. They have much more certain ideas of how things should be. How does having a daughter affect your belief system? How different do you think you'd be, if she'd been a boy?

Are you implying that my always seeing the grey areas in arguments/life is because I have a child? Or that I have more of a tendency than others because I don't see that in my friends who have children? Not saying one is good or bad. Just...they seem as likely to espouse the same black and white arguments, the ones who have children, as those who don't.

Having my child (not sure how things would be different if she were a boy, honestly, think you have to EXPERIENCE THAT TO KNOW so won't venture a guess), my daughter, I’m sure, affects me in ways I’m not even aware of. And I’m not completely or even remotely sure how to answer this question either.

I would say in some ways it makes me more traditional than I might be. And in other ways, maybe she has expanded my views to be less "traditional." It's a very complex relationship: mother and child. Parent and child. I feel like every thought I have has her in it. Every action is tied to her. And yet I can be selfish, as anyone can be. So I have some autonomy as well.

More than affecting my belief system, I would say having a child affects my actions. Or inactions.

I’m gonna start over. (Is that cool? I feel like maybe I was asking the wrong stuff. )

1. Person/A is awesome. How long did it take you to write it?

Why??? I liked that interview so much. Don't puss out now. 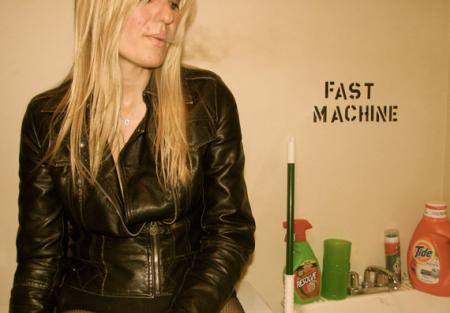 I’ve been offline a whole week and no new questions.

Did you ask yourself the questions I had for you? How did reading Person/A change your opinion of me?

I don't know if books written by people change my opinion of the people. Some people judge folks by their work—whether it's artistic or not.

I think it's a flaw of capitalism. We want to conflate morality with occupation and vice versa. So, we want bad people to be fired from their jobs and we want talented people to operate with different moral restrictions. Neither thing is cool. We are all bungled fools stumbling forward, no matter the pursuit.

And, beyond that, I like when characters and people are struggling with their morality because the most human thing a person can do is not understand why there are rules. Test the rules. In the Judeo-Christian tradition, it's called original sin.

I pursued the arts world because I didn't always understand mainstream rules. This is not some newfangled thing. Humans escape into the worlds that best welcome them.

Well damn. This is some intense pontification for a Friday afternoon! Guess I asked for it.

I like 'instrument for forgiveness." Also, what's the difference between a Born Again Christian and a Born Again Liberal?

What did writing Person/A do to you? Was it a struggle? Was it a joy?

It was not a joy. At some point near the end of the seven years I spent—off and on—writing it, my friend Chelsea Martin said, "Person/A has really dragged you through the mud." She'd kind of gone through it with me, a bit, the last four years or so of writing it, reading various editions, giving feedback. Chloe, too. Keeping me focused, staying positive. Damn, I feel like this will sound so boring, so eye-rolling to anyone reading this answer.

I think, maybe more interestingly, it awoke my obsessive tendencies. Like, I wrote a large chunk of it in 2009 and then didn't work on it again until...maybe 2011? 2012? And then I worked on it pretty much from then until the very end of 2016. So whatever obsession was the genesis of the 'work' —lol —was restimulated when I began working on it again, two years later. In a probably unhealthy manner. Definitely unhealthy for my marriage. And for my own sense of self, given the moral or ethical dilemmas I faced in continuing to work on this novel.

I think I faced at various times feelings of being disloyal to different people and that sort of ate at me for a good couple years. The question of, "Can I or should I ever publish this and if so, in what form? How much can I publish and not feel like total shit, not feel like a piece of shit?" resulted in ill mental and physical health at times, as it should have.

It was not a joy but it felt for seven years like a necessity. Like I didn't have a choice. And I guess that's a cop out. But honestly, I didn't feel emotionally I could do anything else. Until I saw this 'project,' this 'question,' through to the end. And I don't know if that's where I ended up but it'll have to do. This will have to be 'an end.' I could no longer continue. I had to publish 'something' just to be done. To end 'it.' Whatever it had become or was or blah blah blah...

You can purchase Person/A through Elizabeth via her website.