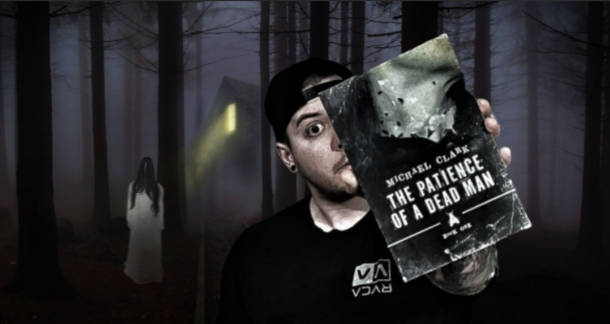 Michael Clark is the author of the The Patience of a Dead Man series, which are terror-inducing and relentlessly suspenseful reads that chill me to my core. Clark knows how to pen a cast of lovable characters — even the antagonist is someone you anticipate with horrifying delight.

Setting aside my fondness for his writing, I've observed the author and his endeavors to get his books in as many reader's hands as possible. I am a person who studies marketing and public relations, so often I judge an author by their ability to promote their work. I've come to really admire Clark’s efforts. He's an author that I think gets it right, and we all can learn from his hustle. I am grateful for this conversation and it's my hope that someone reading this will pick up new practices that will help them gain readership.

One thing you are so well-known for is your swag. I actually really enjoy seeing all the posts by readers on social media who share their swag haul from Michael Clark. People love it and it's not that common. What or who influenced you to invest in this approach?

I like it when I can own something personal from someone I admire. I own an autographed copy of Stephen King's Christine and an autographed stainless-steel slide from Dean DeLeo, the guitarist of Stone Temple Pilots. The items are unique and personal, and I appreciate that Stephen King did the book signing and that STP offered the meet-and-greet. It takes the "fandom" to another level, in my opinion, and if that ever happens through me for someone else, well, that's why I do it. Does anyone reading this article want some free swag? Hit me up!

Something I hear often is that social media doesn't sell books. I believe it's an important tool but not vital to a book's success. Have you had a lot of success finding readers using social media? What platform has worked best for you?

It's almost like you have to keep cranking out books in the hope that sales snowball down the line... Watching the sales of a single book can be agonizing.

It's much harder to sell books than I thought it would be, and the number one reason is that there are so many new books coming out every week—the competition is fierce. Your new book's "honeymoon" can be very short. It's almost like you have to keep cranking out books in the hope that sales snowball down the line after you've persevered. Watching the sales of a single book can be agonizing.

But I would have to say that without social media, you're dead in the water. How else are you going to get the word out? There are many factors to selling a book, I think. First, is it good? It's easier to sell something people talk about for sure. It seems like there are more pure readers on Facebook and Instagram. I've had luck on Facebook doing giveaways in well-run reader groups, and I love "Bookstagram," too. Twitter seems more like an author/blogger hangout, and everybody there is already buried in a TBR pile, myself included.

I whole-heartedly believe that, like any form of marketing, you need to pay-to-play. What was something that gave you the most bang for your buck?

1) Facebook signed-book giveaways backed by a targeted Facebook ad campaign. Facebook contacted me when they saw I was "boosting" some posts for $20-$30 and set up a series of calls with a rep that got me up and running. I learned how to target 18,000,000 people in English-speaking countries that are interested in "horror fiction." I also teamed up with several authors to do two-book giveaways: Laurel Hightower, Ross Jeffrey, and Tyler Jones. We got tons of email addresses and lots of "follows" and "likes" on social media. What it cost me was $12/day plus the cost of the book and the shipping.

2) Blog tours! They're a great way to get reviews, for one. You also get your book on several bloggers' webpages, depending on what you sign up for. The average cost was something like $75 per tour for 12 bloggers' time and attention.

3) Goodreads Giveaways. They cost $119, but you can give away 100 ebooks and what you'll get back is a bunch of all-important reviews. Great if you're starting and nobody knows who you are.

4) Swag. It doesn't cost too much to have some bookmarks printed, pop them in an envelope, and mail internationally (an international stamp is $1.20). If you're getting so many requests it's hitting you in the wallet, that would be a good problem, right?

What are some of your more successful endeavors with marketing your books?

Breaking through a blogger's TBR pile when you're unknown is damn near impossible, and although it was expensive, I'm glad I invested in 72 giant The Patience of a Dead Man coffee mugs! I wanted to give something away that people would USE. Shot glasses are nice, but who's slamming shots seven days/week? After my sister bought me a giant Batman coffee mug for Christmas one year, I could never go back to those infuriating 11-ounce cups. My swag mugs were over 20 ounces and caught some attention. I still see them sitting on bookshelves behind many a Booktuber.

I think it's incredibly important for people to see not just what worked for you but what didn't work as well. What are some of your marketing failures?

There is a lot of advice on the Facebook page "20 Books to $50k," and initially, I thought it would be ALL good advice for EVERYBODY, but it wasn't. On the subject of Amazon ads, I learned I should cull all the authors and titles of all the horror books in the top 100 and use them as keywords. I did this not only for "horror" but all the sub-genres within, and when I was finished, I had something like 3000 keywords...and then people started clicking.

To my surprise, I was shelling out $500/month for a while until I slowly shut all the ineffective keywords down--an expensive lesson. I need to revisit Amazon ads sometime, but like everyone, I'm busy and, to be honest, still sore about that one.

Is there anything you wish you would have done from the start of your publication or even prior to publishing?

Good question, but I think the answer is "no," because we do have to learn our lessons the hard way. I wish I KNEW more in 2019, but I knew nothing. If you told me I had to submit my book to a publisher and I might be rejected dozens of times and would have to wait several years for that step alone, I might have quit. I'm glad I threw my book out into the wilderness and had to learn what I did wrong the hard way, including mistakes made within the pages. Now that I've caught up somewhat to the way things work in publishing, maybe I'll take a shot with a small press. It will at least be interesting to see how they work differently than I worked for myself. 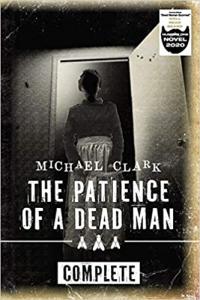 You recently compiled all three of your novels into one complete release. This is another uncommon approach that I think is smart. You're offering readers the best possible experience by giving them choice. What compelled you to make the complete novelization?

Full credit goes to Ken McKinley of Silver Shamrock Publishing. I heard him on the Dead Headspace podcast wondering out loud why people write trilogies because the third book never sells like the first one (he's right, in my experience). After that, I figured, "why not?" It didn't cost me anything (besides a reformat and a cover).

I am a huge advocate for email marketing. It's my opinion that author's need to have one and should actively build that list even if they aren't sending many emails. I've always noticed that this is something you do. What methods do you implement to build your subscriber list?

Those Facebook giveaways I talked about earlier! My webpage has a plugin called "KingSumo Giveaways." When people submit their email for a giveaway, it goes into my email marketing company of choice ("SendFox" which is cheaper than the other email marketing company with a monkey for a logo). I am just shy of 8000 subscribers now, but I email them very sparingly, like around a book release when I want them to buy.

Is there anyone in the book world that you recommend authors seek out for marketing advice? Who's your influential person in book promotion?

I'd like to get to know someone that has attacked the algorithms more mathematically than I have. My approach thus far has been "just get noticed" or "get people to read the book no matter what," and honestly, that's not sustainable. I can't give away or discount my books forever, and shipping is a killer. It has cost me up to $42 to ship my "Complete" book to the UK. I'm glad to do it to get on an influential person's radar, but can I afford to do it ten books down the road? Probably not.

That being said, I heard Jason Brant ("The Final Guys") say on Inkheist that he does that type of marketing. I'd like to pick his brain someday, or someone like him.

What's one piece of advice you can give to someone who's starting their journey into the world of marketing a book?

Not all salespeople are obnoxious and pushy, and you don't have to be, either. Neither is Laurel Hightower, who told me when I was starting to keep a spreadsheet of all the times you have contacted a blogger and pay attention to their guidelines. In short, don't hound, but also, don't be afraid. Find your style, and trust your personality. Since you are Canadian, Andrew, I'll quote "The Great One," Wayne Gretzky: "You miss 100% of the shots you don't take."  Thanks for having me!

Get The Patience of a Dead Man: Complete at Bookshop or Amazon

Andrew Fowlow, "The Book Dad", is a voracious reader and reviewer of horror fiction. He resides in Saskatchewan, Canada with his wife and two children where he aspires to write fiction suitable for human consumption.