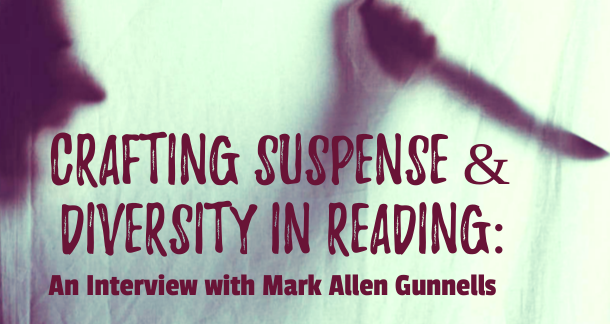 While some readers seek out steamy romance stories or murder mystery novels, some of us are constantly on the hunt for a tale steeped in heart-palpitating suspense, one that is positively gorged in dread. If you are one of those readers, look no further. Mark Allen Gunnells is a modern master of such horror, and his newest novel, Before He Wakes, had me gripping the edge of my seat the entire time. This novel, as well as his other release this past year, 2B, are amongst my absolute favorite reads of 2021 so far. Aside from that, Gunnells does an excellent job of crafting novels with equitable representation. He is well known in the horror community as a champion for diversity in reading, and it is evident in his writing as well. This is an author that deserves your attention as he is paving the way for change, one incredibly tense and frightening book at a time.

While reading Before He Wakes, I felt that the story derived from so many great horror films. What inspired you to write this particular tale?

Oddly the initial inspiration came from the movie Misery. I was specifically thinking about that scene where Annie has Paul captive and before she leaves the house says, “You better hope nothing happens to me, because if I die, you die.” I got to thinking about what that would be like, if someone was holding you prisoner but then something happened to them and no one knew where you were, you had no food or water. But what you would have is more time alone to try to escape your situation. This thought process all happened in a couple of minutes while I was standing at the sink, and Before He Wakes was born. 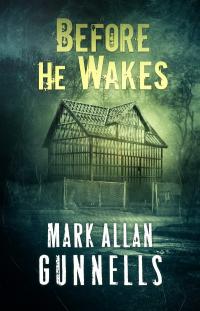 In a lot of ways, this book reads like survival horror. Is there a sub genre that you think suits the book best?

I’ll admit that I’m not always the best at picking the genres of my own stuff. I once wrote a novel that reviewers called YA, and it had never occurred to me that was what I was writing, but hey, I’ll take it. This one is definitely survival horror, but while I was writing it I kept calling it by a term I may have made up. I kept calling it an “obstacle novel.” I set up a series of obstacles for the characters that they had to overcome.

What mechanisms do you consider critical to crafting a suspense driven tale?

You need characters you care about, first and foremost. It’s hard to create suspense for characters if the reader doesn’t care if they live or die. A ticking clock helps, this sense that time is running out. I also find keeping the pace moving quickly hooks the reader in. And yet, while this may seem counterintuitive, sometimes breaking away from the action at a key moment can actually heighten suspense. Leaving the main characters dangling off a precipice for a chapter while you explore a different set of characters actually creates a delayed gratification that does in fact increase the tension.

Are there any scenes from your newest book that were especially effective in building suspense?

I actually think one of the most suspenseful chapters in the book is one that didn’t exist until the second draft. It occurs near the end, so I can’t be too specific without spoilers, but there is a confrontation that originally happened quickly and was over almost as soon as it began. When I did my first edit, I felt that was a bit anticlimactic, so I rewrote the scene to be much more involved, and it turned out to be incredibly suspenseful.

Can you recommend any horror books that you feel were successful in creating that edge-of-your-seat suspenseful read?

Misery by Stephen King is a masterclass in tight pacing and building suspense. Another one I think does that extremely well is Intensity by Koontz, a book that lives up to its name. The Troop by Nick Cutter also comes to mind. I recently read Things Have Gotten Worse Since We Last Spoke by Eric LaRocca and found it remarkably suspenseful. The story takes place entirely through emails and instant message conversations, the two main characters are never in the same room, yet LaRocca definitely created a sense of suspense that left me breathless.

Looking back on your previous works, you have collaborated with a lot of authors. Is there anyone that you think jived well with your writing style?

I love collaborating, and some of my more major collaborations have been with James Newman, Aaron Dries, Benjamin Kane Ethridge, and Shane Nelson. To be honest, I don’t look for writers that jive with my style but who jive with my approach, my philosophy of writing. Which is that above all else, we should be having fun. And the collaborators I’ve worked with definitely fit that bill, as we all had a blast. I actually like when the writer I’m working with has a different style than me, because then we can kind of meld into a third unique style, and our respective strengths complement each other and make the work stronger as a whole. 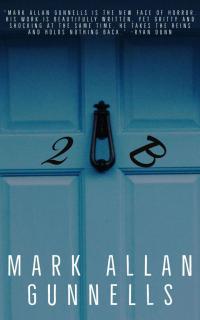 I firmly believe that readers want more representation in their books. Was there a turning point in your career where this became an important part of your writing process?

Yes, it was when Clive Barker publicly came out as gay and I discovered the work of Poppy Z. Brite. Both of these things happened around the same time for me. Before this, I saw almost no LGBTQ+ representation in the prominent authors of the horror field, and even less representation in the characters presented. I grew up thinking you simply couldn’t write horror with gay characters that addressed gay themes and issues. But Barker coming out, and releasing the book Sacrament with a gay protagonist that intimately dealt with gay issues, and then Brite providing complex queer characters with active sex lives…well, it made me realize that it could be done. And it needed to be done because there was an audience out there hungry for that representation. Previous to this, I almost never wrote about gay characters, but then these two authors gave me the push I needed to try to be the change I wanted to see.

Earlier this year, you made a commitment to reading diversely. What has your experience been so far?

Yes, this year I am only reading authors who are POC, LGBTQ+, and female. Not to slight the straight white male authors who are doing great work, but I realized I wasn’t reading very diversely and wanted to rectify that. And my experience has been wonderful. I am discovering so much great work out there. Some of it I’ve been meaning to read for ages, some I didn’t know existed until I sought it out. When I talk about reading diversely, some say, “It shouldn’t be about the author’s identity, only a good story.” Well yes, but the fact is that an author’s identity may be the reason they aren’t getting as much visibility, that’s a sad fact we have to face. So if you just grab whatever is most available, it won’t necessarily lead to diverse reading naturally. What I’m doing shows that you can find “good story” in so many diverse places, more diverse than you see displayed most prominently on the bookstore shelves. And the stories from marginalized authors can provide perspectives that give the reader completely fresh ideas and unique takes on familiar tropes. It has definitely enriched my reading experience, and I haven’t had to sacrifice “good story” one bit.

Is there any specific author who has stood out so far in 2021 as a must read for people wanting to consume books from POC, LGBTQ+ and female authors?

Some of the writers who have blown me away this year have been Gabino Iglesias, Stephen Graham Jones, Tananarive Due, Eric LaRocca, W. Dale Jordan, Robert Jones Jr., J. Daniel Stone, and Craig Gidney. Just a few names out of a bunch of wonderful authors I’ve been reading.

What is one thing you want readers to know about your new book, Before He Wakes?

Just that it’s a book I’m proud of, which I think delivers both interesting characters and a fast-paced story of suspense.

Get Before He Wakes at Bookshop or Amazon

Get Sacrament by Clive Barker at Amazon