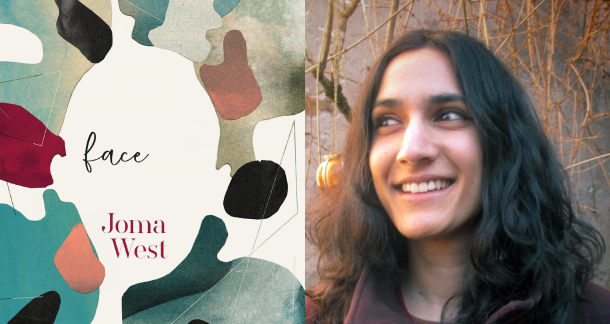 For better or worse, social media has become an integrated part of our lives. We check our feeds in the morning, update them throughout the day, and many people spend their evening scrolling endlessly. It’s become so normal, author Joma West wondered, what happens when your image, your aesthetic, is the only important aspect of your life?

In her debut novel, Face, West takes us into a horrifying but recognizable world, where the face you wear online and in person is the only thing that matters. Schuyler and his wife Madeleine have the perfect face. They’re rich. They’re powerful. And everyone wants to be them. But if you look close, there are cracks in the façade.

It’s a mesmerizing plot, with uncomfortable moments and an underlying tension that escalates with every page turned. We were delighted to sit and talk with Joma about creating a layered narrative, finding her flow, and writing through the dark.

Can you introduce yourself to our readers and tell us when you started writing?

I’m Joma West, and I’m a third culture kid based in Scotland now. I mainly write science fiction and fantasy. My first novella came out in 2016, and Face is my debut novel.

I wrote a lot as a kid without really thinking about it, but I think I actively started writing a novel when I was about 15 years old. And of course, it was a very bad novel. I didn’t know about fan fiction or anything like that, but it was my own personal version of that. I wasn’t in any communities, or on the Internet, so I was writing all by hand. But I’d write these chapters and my friends would be in the story. Since I was in boarding school, in the evenings, if I’d written loads that day, I would sit with my friends and read it out loud to them. And it was fun because they would find out where their characters went and what they were up to.

After I started writing that trilogy—and of course it was a fantasy trilogy—I realized the story wasn’t very good, but I knew that I wanted to write. I started working on a new novel when I was at university, but I couldn’t get my head around it, so it was just going from bad to worse. A friend of mine was doing some short stories and he sent me a couple to critique, and they inspired me to write my first short story. I got really encouraging feedback and it helped me feel like this is what I was supposed to be doing. So I went into writing more short fiction, and that evolved into the novel.

Do you have a writing routine?

I try to have a routine. The morning is when I typically write best, but it changes depending on the project. Drafting can be a struggle, so I approach each draft differently. Sometimes the draft seems to write itself, where I can clock a bunch of words and get it done.

With the project I’ve been working on recently, the words just weren’t coming, so I had to change my routine. I switched from typing to handwriting, and then that started to slow me down too much. So, I switched again where I would write by hand and type up what I’d written and then go back to writing by hand. But once it gathered momentum, I was able to start typing everything.

So, I try to sit down in the mornings and hit 500 words. If I hit 500 words, then I feel okay leaving it if the words aren’t coming. And sometimes I surprise myself and I’ll keep going. That flow has been really elusive to me for many years, and it’s only recently that I’ve managed to get it going for the first time. That’s been pretty incredible. 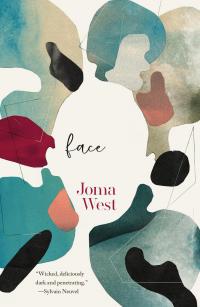 What is the biggest challenge you have when writing?

To be honest, I think it’s just clocking it in. Sitting down and making sure that I’m working on what I’m supposed to be working on because I get distracted really easy. There are so many books on my TBR and it’s such an easy excuse to say reading is a kind of work, that I need to know these things for research. Other people’s books are my biggest challenge at the moment.

The book is brilliantly structured so that the scenes feel layered rather than repetitive. Did you know you wanted to write a story in that format from the start? Or did that evolve as you drafted?

I’m not sure if it was an actual conscious decision. I started writing a short story, which was Tonia’s chapter, and it actually ended up being one of the first chapters in the book. But at the time, I wrote it and then left it alone. Several years later, I was trying to write a short story for a competition and that world still lived in my head, even though I hadn’t fleshed it out that much. I just picked a random name from that story which was Reyna, and I started writing her chapter. I didn’t get very far, but suddenly I realized there’s so much more that I could do here by delving into the same timeline from different perspectives. So, that’s how the overlap started to happen.

Drafting was hard, but editing was a real joy because it was all cogs that started to fit together. I was making sure everything read smoothly, so it was more attention to detail, and I really enjoyed that. I know that some pieces might seem repetitive, but I wanted the story to feel kind of like doom scrolling, where you look at the same comments over and over again from different people. They’re different, but it’s essentially the same information and you don’t know why you keep reading them, but you can’t look away. There’s a kind of tedium that I wanted it to replicate.

Are you a strict plotter or do you see where the story takes you?

I’m not a plotter at all. I really admire the organized approach, and I’ve tried doing that before. It just never works for me. I typically have an idea of what the end looks like, and sometimes that changes because of the characters. But usually I have an idea, even up to the last line—at least while drafting. Editing will change it a bit. My agent restructured the book, so some of the end changed.

Overall, Face happened very organically, and it was really funny editing, because every so often I would get to a part, and it fit so perfectly, it felt like I planned it. It was luck or chance, or maybe something was lodged in the back of my head that I wasn’t aware of. For the most part, I feel my way through the dark.

What’s the best writing advice you were given?

Who is your favorite character? Why?

One of my favorite characters is Captain Hook. I’ve always felt like one of the reasons he hates Peter Pan is because he didn’t want to grow up, but he had to because he’s everyone. And I really like that idea. That he’s full of regret and loss and fighting for what he wants and being incapable of getting it. It’s a sad story, but I like that about him. He keeps fighting.

Before we go, can you tell our readers what’s next for you?

I’ve got another book coming out with Tor.com. I’m not sure what I’m allowed to say about it, but I can say it’s very different from Face. It’s a very soft story about family, and it’s more fantasy than science fiction.

I’m currently working on a draft of my third novel. It’s very experimental and strange, and I’m quite excited about it. There are a lot of characters, and it’s designed to be a tear-jerker. I’m hoping I break a lot of hearts.

Get Face at Bookshop or Amazon

My Cats Never Learned to Read: An Interview with Christopher Moore

Book now to find your dream bridal gown at our Madi Lane trunk show, for one weekend only we will have additional gowns in from her brand new Serene Collection. With exclusive use of the Studio and amazing offers on gowns purchased you don’t want to miss out!

If you are looking for something special that you can pick off the shelf and take away with you the same day then our Last Chance to Love collection is perfect for you. These dresses are still in perfect condition and showcase the best picks from the last season without the cost associated with our custom and current collections.

Reyna was the name I chose at random from that story, and I immediately began writing her chapter. I didn't go very far, but all of a sudden it occurred to me that by looking at the same chronology io games from several angles, I could accomplish so much more. Thus, that is how the overlap first.