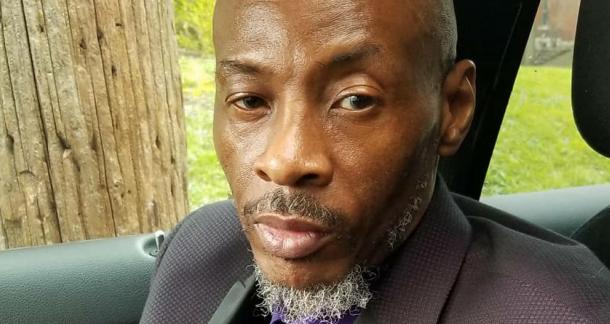 There's been a viral whispering about a book called The Pussy Detective by DuVay Knox for over a year now. All anyone knew was that the protagonist is a detective who specializes in "lost and missing pussy", which in today's climate could only inspire presumption, confusion, fascination, then finally, elation once CLASH Books revealed the cover last fall. Anyone who was gonna dismiss this book unread as a piece of misogyny was going to be challenged in multiple fashions. For one, Leza Cantoral, the outspoken female-half of CLASH, was one of the book's most passionate advocates. By the time the pre-orders went out, the book surfaced on what seemed like everyone's feed, — maybe the most omnipresent (and visually striking) indie title since Jon Lindsey's Body High — with those readers raving with the common exclamation, "It's nothing like what you think it is!"

By the time I finished The Pussy Detective, I was a full blown convert to Knox's gospel; like Iceberg Slim re-writing Thee Psychick Bible as a script for Tarantino, where sex magic remedies the hard-boiled who must first unlearn everything they've been taught, or have assumed. I spoke telepathically (and over email) with DuVay to further enlighten myself.

DuVay, what exactly makes a pussy lost or missing? We can lose our cocks too, right?

Badd decisions mayne. And Yerp, DICKS kan be lost too. Butt like I said in the book I let MADAME X handle dat. Imma expand onnit in the next PD. May even spin it off into a Sequel.

I found The Pussy Detective to be a sex-positive feminist novel. Was it slippery writing from a male’s POV about restoring the power/purpose of a woman’s pussy without coming across misogynist or like some lurching New Age Yoga creep? Was it easier with Madame X as Reverend Daddy Hoodoo’s femme foil? 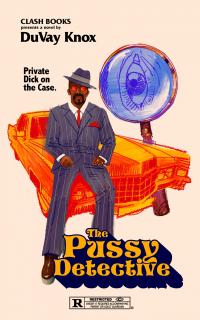 Nah it whudden too slippery. And I whudden werried bout it either. I jes wrote wut I knew bout. If a Man truly pays attention when he is in a relationship wit a Woman he kan learn himself a lotta shit. Ion see Women as objects either so dat help mee write frum a perspective. And MADAME X is actually mah woman in REAL life. So i had dat grounding.

Jumping off the New Age Yoga Creep bit from the previous question, does that kind of tie-in with Reverend Daddy Hoodoo’s critique of the “consciousness community?” Do you see that lifestyle as promoting vulnerability that in turn, can become a weak spot for others to take advantage?

You lived in New Orleans and also worked as a sex-escort — did the city’s history of hoodoo inform the sex magic of The Pussy Detective? Do you feel being a sex escort gave you an insight into good women like Abysinnia and bad men like Greasy you wouldn’t have gotten elsewhere?

NEW ORLEANS dats mah baby! It fo sho informed mah joint. Now I live in ST. LOUIS wich is da SISTA CITY to New Orleans. Its like the FRONTYARD and New Orleans is the BACKYARD. Same STREETS and erry thang. Same city really. Its jes dat STL is in da MID-SOUTH. Both discovered by HAITIANS (wich im one on mah Daddy side). So being raised in HOODOO is always gone bee all over mah shit.

One takeaway Reverend Daddy Hoodoo imparts on us in PD is, for lack of a better word, the karmic footprint sex can leave; how, depending on the amount of heavy unresolved shit they harbor, we can be haunted by a person we let into our sexual fields. What’s your philosophy on this? 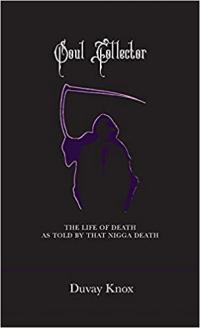 SEXUALLY TRANSMITTED KARMA is a phrase I coined years ago when I diggin out this Sista I useta be krazy bout (dats hoo I based LIVONIA on in da SOUL COLLECTOR). And it was also came frum wut I was seeing in relationships. It jes came 2 mee one day afta I was lissening to a Her cumplain bout a muthafucka she had been involved wit.

I feel like you’re the only author who could have written this book, largely because of your immersive phonetic style; I can hear Reverend and Madame X speak loud and clear in my head as a result. Does this freedom of language make it easier to tackle subjects that may be taboo to others?

Mah language is actually how I speek. Imma southern nigga and dats how we role werds. I aint neva been to koncerned bout wut literature purists say bout how u SHOOD write. I kan doo dat and have DONE dat actually and won JOBS/CONTESTS n shit. Butt dat type-a-KINGS ENGLISH writing to mee is like COOKING wit No SEASONING. And Im frum New Orleans so mah ass BETTA kno how 2 COOK/if nuthing else!! Writing is like making GUMBO. U gotta SEASON dat shit jes rite. True not errybody will like wut U cook--butt I aint afta dem doe no way.

My only complaint with The Pussy Detective is that I didn’t want it to end — that world felt like narcotic warm milk to me where anything was possible, anything could be healed. Any plans for a sequel or series? Seems to be screaming for it.

Get The Pussy Detective direct from CLASH

Get ​The Soul Collector from Bookshop or Amazon