Books As Weapons of Choice: An Interview with Katie Eelman of Cutlass Press

Interview by Christopher Irvin December 2, 2016
In: 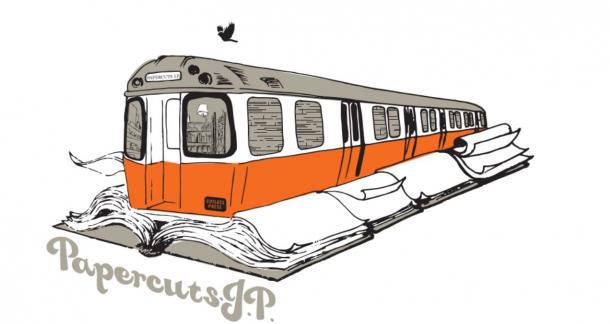 2014 saw Kate Layte opening Boston's newest (and perhaps smallest) independent bookstore, Papercuts J.P., in the Jamaica Plain neighborhood. The store's reputation quickly outgrew its size, winning awards and publishing an anthology featuring fiction, nonfiction and poetry by authors such as Abigail Thomas, Chris Hedges, Cat Warren, Paul Tremblay and Jennifer Tseng, who had supported the store during its first year. Flash forward to the shop's second anniversary in November 2016 and the launch of Cutlass Press, a new venture with Layte as Publisher and Katie Eelman, Media & Events Director for Papercuts J.P., coming on as Editor-in-Chief.

Quick note for the readership — Papercuts J.P. is my local bookstore and Cutlass Press will be publishing my debut novel in late 2017, but regardless, I'm immensely thrilled for their success and for Katie to be here with me today. So let's get to it!

CUTLASS PRESS! Can you give us a little history on the run up to the launch? What's in the name? I know that you and Kate Layte, the owner, are inspired by legendary bookstores that publish, like City Lights and Shakespeare & Co., and that it had always been a part of the plan. Why now?

We had talked about it for a long time, but running a bookstore is a complicated business and we didn't have the time to make it happen until recently. After the success of The Papercuts Anthology: Volume 1, What Happened Here? that we published through Quill/Inkshares this past summer, it was clear we know some very talented writers, know plenty of professional publishing freelancers, and have the incredible audience of our community and the greater indie community. We'd do more books, but this time we'd do them on our own!

We were in a bit of a frenzy, as we launched the press in just over a month—from the decision to publish Rick Berlin’s book (with a November 2016 deadline) to the Cutlass Press launch on our second anniversary/Small Business Saturday last weekend. Originally, we had planned to launch the book and the press in the spring, but the week of the election changed things and sprung us into action. I worked at the store the Wednesday morning after the election, and talked with many devastated customers. We wanted to celebrate the right to free press, express power in art and creativity, and maybe give our community some hope that discussion, free thinking, and damn good books were not going away anytime soon. So we stepped up our game and rolled out the press that weekend.

The name Cutlass was thrown out by a dear friend of ours, and, serendipitously, the first person who hired Kate into her first publishing job at Hachette Book Group, which is where Kate and I first worked together. We instantly knew it was perfect—since cutting edge books are our weapons of choice. 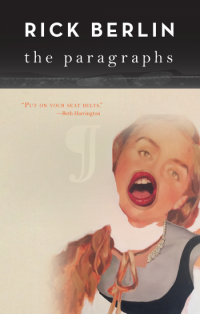 I've cracked your debut title, Rick Berlin's The Paragraphs, and I'm loving it so far, especially the sense of humor. How did you settle on it being your first book? I imagine the editorial process must have been unique for such a spontaneous/fluid book.

We’d asked Rick Berlin to play a set at the store for our first Independent Bookstore Day, and it was a really wonderful experience. There were folks lined up outside listening to his songs, and everyone was smiling and moving. That’s just the magic of Berlin music. When he approached me this summer about marketing his book on a freelance basis, I told him I was interested and asked if I could read it. We’d published him in our first book, The Papercuts Anthology, earlier this year and his short piece “Sardines” was picked out as a favorite by a lot of readers (and a lot of reluctant readers like my own brothers who have a hard time finishing much, but immediately asked for more Rick Berlin). When I read this manuscript, which at the time was in rough shape and galley-bound by Amazon, I couldn’t stop laughing. I read some to Kate, and we instantly agreed that we had to ask Rick if we could take over, add our expertise, and launch our press with his book.

The editorial process was certainly unique. The Paragraphs is created from short bursts that Rick would write while preparing to write songs. Many of the pieces in the book can be traced to songs in Rick’s discography, which makes reading the memoir a sort of musical map. Because of the spontaneity and the very raw, genuine honesty present in the writing, I was careful not to toy with it too much. We dramatically changed the structure of the book, but my main goal as editor was to make sure that the writing stayed very true to Rick.

Buy The Paragraphs by Rick Berlin from Papercuts J.P.

What do you look for in books you plan to publish?

We aim to publish work that is unique, diverse, entertaining, and subversive. A crime story, but with animals. A memoir, but told through the nostrils. Stories of liminality. Songwriting exercises from a local rock legend. There is no formula that’s effective for making a good book, and in a way that’s what ties our list together.

Speaking of books you plan to publish, what's in store for your audience in 2017?

We’ve got some really amazing writing coming. The Papercuts Anthology, Volume 2 features nonfiction, fiction, and poetry from the authors who visited us in our second year. It’s got some seriously incredible poetry from Eve Ewing, a sardonic satirical piece from Boston Globe columnist Meredith Goldstein, a comic from the beloved YA author Karen Romano Young, an essay from modern feminist icon Jessica Valenti, and much more. We’ll publish that this spring.

Coming this summer K.L. Pereira’s debut book of stories A Dream Between Two Rivers: Stories of Liminality in summer 2017. Pereira’s stories are amazing—her prose style, magical realism, and exploration of characters in the interregnum make her a truly remarkable author, and I can’t wait for readers to experience her unique and refreshing work. These are the kind of stories that give pause, have you re-reading, and force you to think differently.

Stacey Dyer, a local designer, artist, and author of the LGBTQ-friendly, non-gender binary, non-bullshit Astrowed wedding planning workbook relates nearly everything she smells back to a memory she has. Her forthcoming memoir, as yet untitled, is a story of failure, fracture, and growth, and it’s told through different scents—from sun-melted leather to those strong, androgynous middle school colognes. Coming Fall 2017.

And of course, Christopher Irvin’s Ragged; or, The Loveliest List of All will delight readers in Fall 2017. Irvin’s signature slice-of-life, subtle crime style will be a thrill to read with an anthropomorphized animal community. Such darkness seems natural when placed in the animal kingdom, but Irvin’s writing is tense as hell, and there’s a dissonance that occurs when man’s best friend is just as twisted as man himself.

Papercuts J.P. has made the rounds at several conferences over the past two years. Where can we find you in 2017?

We’ll be at ABA (American Booksellers Association) Winter Institute in Minneapolis in January, and at BEA (Book Expo America) in New York City in the spring. And of course, we’re always at Papercuts, our award-winning bookstore at 5 Green Street in the neighborhood of Jamaica Plain in Boston, MA. Or track us down on the web: @papercutsjp @cutlasspressjp.

Katie Eelman is the Co-founder and Editor-in-Chief of Cutlass Press, the new publishing venture from Papercuts J.P., where Eelman is the Media & Events Director. She tweets at @cutlasspressjp, @papercutsjp, @katie_eel.

A Conversation with Jason Sizemore, Editor-in-Chief of Apex Magazine