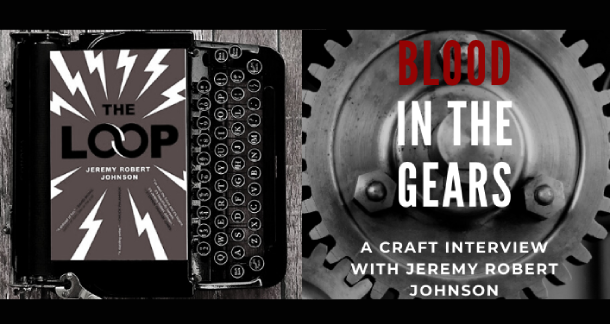 Jeremy Robert Johnson is the acclaimed author of Entropy in Bloom, Skullcrack City, and In the River. Chuck Palahniuk has praised him as a “dazzling writer.” His new novel, The Loop, has been described as, "Stranger Things meets World War Z." A "heart-racing thriller" about a group of teens who "attempt to survive the night in a town overcome by a science experiment gone wrong." It is available now through Saga Press.

Do you have a writing routine? Daily? Word count?

I wish. This is 2020. I don’t even have a basic living routine anymore. Everything is uncertainty, a shifting mode of panic over crises of varying size and concern. Back around 2018 I tracked my novel writing goals with a really nice spreadsheet invented by Daryl Gregory, and wrote a minimum of three hours per weekday (and much more if I went on a weekend binge). Now I just get it in wherever I can fit the work, try to make deadlines, and hope that’s enough. Never thought I’d yearn for boredom and routine, but here we are.

Are there any plans to reprint Skullcrack City and In the River?

I’m sure the publishing and film industries and the global environment and collapsing American empire will all stabilize soon, right?

Definitely. In the River is going to re-emerge first, as a French translation on an excellent editorial line. As far as stateside re-releases go, the intent is there, but it’s all tentative right now. My agent has those books in a holding pattern because she’s smart and thinks we may be better positioned in the market in the near future. So if certain movie (In the River) or TV (Skullcrack) deals go beyond excitement into actual contracts, then both of those books will probably rush back into print. Same thing if The Loop breaks out or scores a movie deal or both—that might elevate everything. So the timing and nature of publication feel pretty out of my hands right now. But I’m sure the publishing and film industries and the global environment and collapsing American empire will all stabilize soon, right?

Honestly, if things stay this crazy I’ll just re-publish everything myself before the end of 2021. All the weird old short fiction and Extinction Journals, too. That’s the thing about coming from an indie mentality—you’re always ready to go back to sleeping on couches and hand-selling books at horror conventions. I just want to reach people. Having a book on a Big 5 has had some really cool benefits so far—the distribution is awesome—but I’m still experimenting to see what I’m happiest with as a writer.

How much of a story do you know before you begin writing it, whether it's a novel or something shorter?

If it’s a short story it usually just stems from a fascination (parasites/intrusive thoughts/addiction) or a single image I want to get down on paper. So I’m very seat-of-the-pants with shorts.

With novels I tend to do a ton of research and outlining, and I’m usually not ready to commit to that first page until I think I know how it’ll end. I feel like knowing the end sets your compass, and gives the early stuff more energy. Like, when you start a long piece without an end you have to cut a lot of the exploratory doldrums out because you didn’t know where you were going.

That being said, I love when the unexpected finds its way into the work. Those moments where you surprise yourself—like a character death or some dumb tangent that becomes a major plot point—are really exciting, even though they make a mess of your original plans.

A lot of your fiction is known for being "weird" and "bizarre." Is that something you lean into, or just a natural extension of your own interests as a writer?

That’s just the stuff I like. Weird, almost antagonistic or absurd art presses my buttons and fascinates me. I never lean into it like, “Boy, this is gonna freak out the normies” or “This is so EXTREME” or anything cornball like that. So the weirdness in my work is just me getting high off of all the strange, dark shit I love and then translating that through my own fascinations and neuroses.

Honestly, it’s hard work reigning in that weirdness and trying to be more subtle and earnest and literary. That’s why In the River took me so long to write—I had to rope in my inner philistine because of how important that story was to me. I couldn’t go wild.

What writers/books sparked your interest in that kind of storytelling?

Joe Lansdale first, with “On the Far Side of the Cadillac Desert with Dead Folks.” I remember reading that as a kid, sitting in my dad’s La-Z-Boy, just thinking, “What the fuck is this and where can I get more?” Because that story was so wild, its pulse was so fast, and it didn’t feel like anything else even though it was rolling ten different genres together. So all of Joe’s stuff was formative. Skipp & Spector. Barker. I mean, the Books of Blood stories are insane, and so smart, and so unlimited in scope and style.

Later, at college, Burroughs and Welsh and Palahniuk all made a big impact. More recently I’ve been fascinated by what Evenson and Link and Stephen Graham Jones have done with weird, cross-genre shorts. 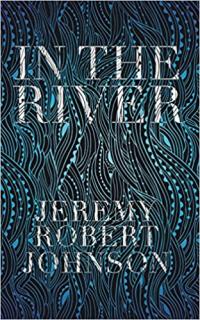 You are also known for throwing various genres into a blender and creating something wholly unique. Do you use genre as a starting point for a story? For example: I want this to be more of a crime story, or a horror story.

Genre only informs my work in advance if I know something is for a certain market or theme (e.g. the last short I wrote was for Fangoria and I knew they were going to want something with overtly horrific elements). Other than that I think about ideas first, then go back in post and try to figure out what the fuck I just made, and who might want to publish it.

Do you revise as you write, or do you charge ahead and then go back over the completed work?

I always revise as I write, but only when I’m returning to a project. In my 20s that was more because I couldn’t always remember what I wrote, or having written at all. Now it’s because I find that refining and reviewing the prior day’s work not only makes for less editing at the end, it helps you sink back into the emotional drive and tone of the story.

Editing/revising is a topic that comes up a lot in conversation with other writers. At what point do you feel satisfied with the story or novel that you've written?

Never. Not ever. I can immediately think of changes I’d like to make to almost everything I’ve written. I feel like every time you read or write something new you’ve learned and grown and now that new person is viewing the old work, so of course they’d re-write it from their new perspective. Luckily, my interest in creating new work overrides my desire to nitpick, so I don’t often sneak back. You don’t want to pull a Lucas and fine-tune something until all of its interesting flaws are polished off and the thing is inert.

Do you approach each story with a goal?

Sometimes. If all I have is an image or a concept—say, something from a nightmare or some wonky sci-fi “What if”—then the story spirals out from that central thing and I don’t know what it is until that first draft is done. If the central drive behind a story is more of an emotion, or me trying to process some experience or interrogate some idea, then I approach it with the goal of evoking those emotional experiences or trying to figure out how I really feel about something.

A lot of my earliest fiction is just me judging myself, and trying to figure out how to stay alive, and wondering if life is inherently worth living. So the goals behind that writing were largely interior and survival-based. But because I was in my teens/early 20’s I also had just enough sociopathic delusion to concurrently have the goal of being published. 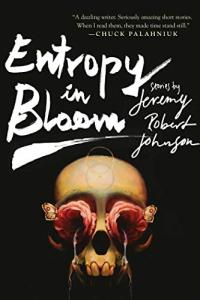 What do you look for in fiction that you read? Voice, concept, situation, character?

Of the elements you listed, I’d say Voice is the most important factor. Voice is what makes most of that stuff work. Voice pulls you through regardless of content.

What can you tell us about The Loop, and how does it fit in with the rest of your work?

The Loop is my attempt to merge Linklater’s Dazed and Confused with Cronenberg’s Shivers (and Videodrome, etc.). It’s this weird, angry, (intermittently) fast-paced sci-fi horror thriller about trying to survive in a world that divides and commodifies us for maximum profit. It’s also my attempt to write a Splatterpunk version of a Michael Crichton novel, if that makes any sense. People keep calling it “wild” which I think is cool.

I think it’s a natural extension of my prior work. It’s got the anti-corporate conspiracy thriller elements of Skullcrack City, the scares and suspense of The Sleep of Judges, and the character-centered emotion of In the River. Also: body horror. Lots of body horror.

What is one book by another writer you feel hasn't got enough attention?

I have a couple favorites that I’m always pushing with Gabino Iglesias’ Zero Saints and Brian Evenson’s A Collapse of Horses, but lately the book I recommend most is The Boatman’s Daughter by Andy Davidson. It’s Winter’s Bone by way of Cormac McCarthy, a southern gothic steeped in mythology and fantasy and horror that still feels incredibly human. Voice for days. Wonderful characters. And one of those books that just makes me super-fucking jealous on a sentence-by-sentence level. Easily the best weird southern gothic since Tom Piccirilli’s A Choir of Ill Children. I loved it.

Get The Loop at Bookshop or Amazon

"Unputdownable...Fans of The Twilight Zone, The X-Files, and Stranger Things will be especially thrilled." - Publishers Weekly, starred review

"The Loop is the Cronenberg film we never got. It's a volcano of a book: violent, compassionate, relentless, and opulently strange." - Nathan Ballingrud, author of North American Lake Monsters