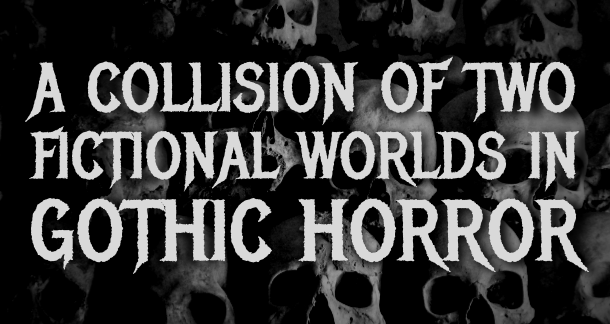 There are few writers today I would personally consider masters in the art of gothic fiction. Beverley Lee and Nicole Eigener are amongst those few. Both authors have the ability to grasp readers attention by the throat in a literal stranglehold of terror. Individually, they have released a number of delightfully abhorrent tales, but recently they teamed up to write a story called Crimson is the Night, which fans of their work will find comfortably familiar. This is a collaboration birthed in the darkest depths of horror fiction. A collision of two fictional worlds from the talented minds behind such works as Beguiled by Night and The Making of Gabriel Davenport.

For those who aren't familiar with your work, tell us about yourself and your writing. 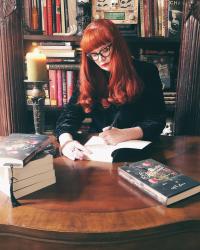 Nicole: I write dark gothic fiction in the unlikely location of the sunny Southern California desert. My debut novel, Beguiled by Night: A Vampire Tale, was published in 2020. It was a bright spot for me in the depths of the pandemic! I’m also co-author, with Beverley Lee, of Crimson is the Night: A Vampire Novelette. I’ve been writing since youth, but I took a 20+ year hiatus before Beguiled. Words have always been my passion. Now, I can’t imagine my life without writing.

Beverley: I’m a dark fiction writer from the UK, based somewhere near the dreaming spires of Oxford. Words have been in my blood my entire life. Creating characters and the worlds they live in, and inviting readers into that world, is the closest thing to magic I know. My works include a vampire suspense series (The Making of Gabriel Davenport, A Shining in the Shadows and The Purity of Crimson) and the companion novelette to the series and Nicole’s Beguiled By Night, Crimson is the Night; a gothic grief horror, The Ruin of Delicate Things, and an isolation/folk horror, The House of Little Bones.

How would you best describe each other's writing style? 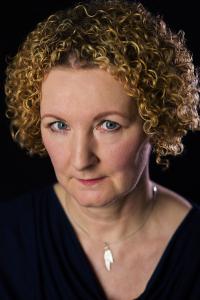 Nicole: Beverley’s work is haunting and atmospheric, and a gentle thread of shadow runs through every well-chosen word. No matter how dark it gets, each story is feathered with hope. I will read everything she ever creates, for eternity!

Beverley: Nicole writes sumptuous horror, rich in detail but never overly so. Literary but never pretentious. Elements of the classics but with her own unique twist, like a family recipe with a new spice that makes your taste buds zing!

In my reading of your books, House of Little Bones and Beguiled by Night, I would say the stories are deathly quiet horror steeped in gothic tones. Are there any elements of those subgenres you think are prevalent in the new companion novelette?

Nicole: Absolutely. The novelette is essentially a bonus scene to Beverley’s Gabriel Davenport series and Beguiled by Night, so those who have read all four books will feel a comforting familiarity. The settings and tones from our previous books carry through in Crimson.

Beverley: All of those are present in Crimson is the Night. It has exactly the same atmosphere and gothic motifs, as we wanted it to be a seamless addition to our stories, something people could read after they were finished and feel like they were in the same world.

What motivated you two to write Crimson is the Night? 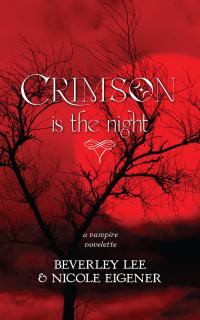 Nicole: While we were preparing for a joint interview with Night Worms, the question arose: What if our vampires met one another? How would that go down? It was a whimsical concept, but we couldn’t stop thinking about it. So we traded a few lines. It was originally meant just for our own amusement, but it took on a life of its own and became a novelette!

Beverley: We had done a joint interview for Night Worms, and had previously mentioned to each other that we wondered what would happen if our vampires ever met. It was too enticing an idea and after we’d finished the interview we decided to dive in. At this stage we had no idea if it would work or what the storyline would be.

I think fans of your work would agree that you both write a toothsome vampire tale, but is there something that you would love to see each other write about individually?

Nicole: Beverley is a master of the horror genre and she has dipped her toes in multiple tropes of dark fiction! I think she could deftly handle anything. Since her work is mostly set in contemporary times, I’d love to see what she could do with an historic horror novel. Her language is so beautiful, and she could give us something truly special and heart-wrenching.

Beverley: I’d love to see Nicole tackle a haunted house story, or something with ghosts. Vengeful spirits, lonely spirits, I think Nicole could do both in a uniquely haunting and beautiful way.

It's my opinion that when we discuss the writing process, we need to talk about the challenges we endure as much if not more than our successes. Were there any hurdles you two had to overcome in order to get the words down? 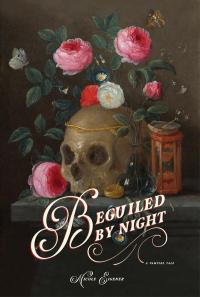 Nicole: There were no hurdles to speak of, because our writing processes align so well. Both of us are method-writers, and we let the characters and story drive. Bringing characters together from two different worlds is extremely challenging, but we never had to force anything. And our own characters were repeatedly provoked and surprised! If anything, one has to be very open-minded to write this way, and have patience and trust for the words.

Beverley: I don’t think there were many hurdles at all. I started us off and we kinda just ran from there, letting our characters lead us on the journey. Yes, there were some small threads that became mute when we edited, snippets of dialogue that were no longer relevant, a couple of vampire universe glitches we had to iron out, little bits we took out because of possible spoilers—and the infamous keepall, Nicole ;)—but on the whole it was such a positive and wonderful experience. I can’t say that it would work for everybody, but if you find someone you gel with, it’s a very exciting process.

Is there anything in particular you two did really well together as a team?

Nicole: We had a deep, mutual respect for each other’s characters, which was a key factor. No one knows a character as intimately as the creator, and we consistently deferred to one another. And we communicated so well: being friends in addition to writing partners was icing on the cake! 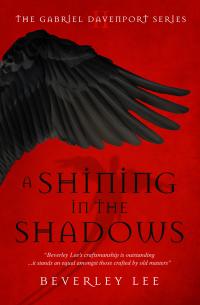 Beverley: I think part of why we worked so well together was our respect for each other’s characters and the world-building we had individually created. We are both passionate about our creations and understood the absolute need to keep them true to their roots.

It's my opinion that you two are modern masters of gothic horror at work. Are there any indie authors you can recommend for readers that enjoy your stories?

Nicole: Thank you so much for saying that! Catherine McCarthy, Becky Wright, and Coy Hall. There’s a sort of new school of quiet horror rising; it is having a moment, and gaining more respect in the horror community, and it’s wonderful to be a part of that.

What are you two currently working on individually?

Nicole: I’m drafting Book Two of Beguiled by Night. I didn’t set out to write a sequel, but I had several readers wanting more, and Vauquelin definitely has more to tell. I’m hoping to release it in 2023. I’d like to do some short fiction…Crimson lit that fire in me, but long-form is definitely my forté.

Beverley: I’m working on a first draft at the moment. A story set in the present but about how a single event can change your whole world. As with all my work it has family and secrets at its core, (a particularly nasty one) and a slew of new characters to capture your heart as I put them through hell ;)

A little vague, I know, but stories have a habit of changing as you write them so I don’t want to tempt fate!

What is one thing you want readers to know about Crimson is the Night?

Nicole: It was a gift from our characters, that ultimately became a gift to readers who loved our other books featuring them. As IRL friends, we are elated that our vampires became friends, too :)

Beverley: That it was very much a labour of love. Some stories you write and you know instinctively that they work, that what you have attempted to do shines on the page. We hope our readers agree.

I am both delighted and grateful to have had the opportunity to speak with Lee and Eigener. I hope you will take a moment to explore their work. You can go ahead and read Crimson is the Night for free as an introduction to the frightening vampire tales these two have crafted, and please, don't forget to leave a review on Goodreads. Thank you and enjoy!