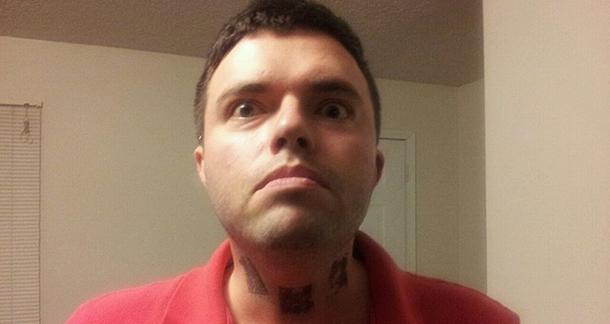 I first learned of Scott McClanahan when HTMLgiant posted a video of him reading his short story “Kidney Stones,” and many people who have been drawn to Scott’s work have been introduced to him first as a performer, a great live reader. He delivers stories as a preacher on whiskey might, a sort of jagged scripture from some far-out pulpit. But all the joy and grief and love and energy that he brings to his live reads are just as tangible when reading his texts. Over the course of his dazzling run, he has delivered, time and again, works that shimmer with heart and hurting. Crapalachia is a meditation on geography and poverty. Hill William is a dark and brooding bildungsroman. His latest, The Sarah Book, pries open the lid on addiction and divorce, fatherhood and failure. With each of his outings, Scott has grown more focused and unforgettable. His writing has climbed into a crow’s nest of its own, spotted lands other sailors can only squint toward.

I asked him some questions about his most recent work, and Scott was kind enough to answer.

I think lots of people have asked you how things with your wife Juliet went down—your writing a book about your ex-wife—but I'm curious: what did your mom think? What did your kids think?

I never understand people who want their parents or folks they love to read their books.  That seems insane to me.  Like, “Hey Mom, you want to look at me naked?”  It’s best if they don’t. I think Mom has read one of my books and she stopped following my writing career after I appeared on C-SPAN and looked high.  My kids are 5 and 7 so it’s not like they really follow contemporary literature.  To be honest, I don’t really care.  I could say I do, but then why am I doing this? I worry about it just like any ordinary person does, but it’s not like I’ve stopped doing it or anything.  I think if you’re worrying too much about that then maybe you need to be a banker.  I’m stopping for a while because I think I am worrying about it too much now.  I Used to be more of sociopath which is so necessary when you’re writing.

The only ethic for a book is whether it’s a good book or not. If it’s a bad book, then who cares.

The only ethic for a book is whether it’s a good book or not.  If it’s a bad book, then who cares.  If it’s a great book, then who cares.  It’s not like I’m trying to hurt anybody with anything, but if you’re any kind of a writer you’re going to make something complicated enough that somebody is going to end up getting their feelings hurt.  Even if you change the names and someone still recognizes their traits in a story. But people get their feelings hurt when you’re a banker as well.

You think more about old books than most writers, and so I'm curious: you're called an outsider writer. What's the historical precedent for that, exactly?

Hah.  That’s the story of literature I guess. I mean you have the examples of Virgil essentially being a state supported artist through Augustus Caesar, but then you have my boys Catullus or Ovid who are just as good.  In my opinion better—if you don’t include Virgil’s "Georgics" in the discussion.  Catullus and Virgil have to gather up their shit in the middle of the night and take off running because somebody is pissed off and the “heat” is closing in.  That’s when you can tell whether or not something is working or not.  If you’re having to live in exile because there are cops all over.

Like, you're an outsider writer, but you're a straight white male.

Roxane Gay is probably considered an outsider writer, and she went to really good schools, comes from a strong family.

Atticus Lish is an outsider writer and Don Delillo dedicated a book to him when he was a kid (and his dad is Gordon and all).

So what does outsider writer mean, and is it a term that only exists to sell books?

Of course, we always leave “class” out of these discussions because the people who are framing these arguments or making these definitions never come from the under classes. Give anybody enough money and they’ll immediately start talking about “wine” and “cheese” and “definitions of who people are” and what they heard on NPR.  Even the writers I know.  They’re all so radical and revolutionary until they start talking about their agent or their fucking book deal.

All I know is assholes live on every block whether they’re rich or poor, insider or outsider, etc.

Bonus question: who's more outside of the three of y'all and why?

I guess dead people.  Can’t get any more outside than that.  Don’t think there’s a Granta list that would invite a dead body to the party.  Might make it interesting though.  I’d hang out with a dead body at one of those parties.

You worked on this book a long while. And I think there was some conflict with you and Gian (Giancarlo DiTrapano, editor at Tyrant Books) at a point over the shape or direction of the book. Can you tell me a bit about the struggle? Was it real?

It was real.  I don’t think I really have anything to say about it though.  Books are strange.  When you work as closely on something as we have on this book, then things will get a little testy.  Making a book with someone is about the most intimate thing you can do.  Even more than a sexual relationship or a marriage or a friendship.  So emotions can get a bit rocky.  I mean even Hill William was hard.  I can remember sweating on Gian’s bathroom floor in his apartment in Hell’s Kitchen and puking in his toilet from a panic attack when we were doing the release party for the book. This feeling of “What have I done?”  I remember Julia being like “What the fuck?”  It’s not like these books are just another made up story or a metaphor hidden in some literary novel.  I write about people I know, but make up the stories that happen to us.  So that’s weird as fuck.  Don’t even know what copyright law would say about that if someone sued me.

I've been listening to the new Chuck Berry album, and it occurs to me that your work is a bit like his (when in his prime) in that it hinges on a mode that might be construed as traditional or systematic, but there are these touches of innovation. These sort of grinning sugar skulls that adorn the work. With him it was in the lyrics/attitude/presence. A culinary equivalent might be something like Alice Waters and her restaurant Chez Panisse.

Do you have to nurture that balance? Does it just come natural?

I think I work as hard as any other writer.  If I wasn’t a Christian, I’d say harder.  I’ve tried to eliminate all the tropes of writing from my writing.  Of course, I hear the simple thing a bunch, but I always think about Cash’s guitar player Luther Perkins.  That boom chicka boom chicka simplicity.  They asked him about other guitar players, Eddie Van Halen types.  He said, “They’re still looking for it.  I’ve found it.”  I’ll stand by that.  No need for false modesty.

Once when we were texting, you told me Sam Peckinpah is a better film maker than Sergio Leone? How come you think that?

Oh man, the stuff I say in texts.  Hah. I don’t know if I do.  Objectively, Leone is a better film maker.  He works mise en scene and from just a film snob level that’s typically considered superior to the montage.  I just think there’s something more human and sloppy in Peckinpah.  All the worst human emotions are there.  Can’t think of a stranger film than Bring Me the Head of Alfredo Garcia or Pat Garret and Billy the Kid.  Don’t think of anyone else who could have made those films except Peckinpah, but then again I guess you could say the same for Leone. I interviewed Rudy Wurlitzer one time (who wrote the screenplay to Billy the Kid) and I was fascinated by the fact that so many of the tiny moments that are in that film weren’t in the script. The way Coburn opens a gate or flips a nipple during the whorehouse orgy.  Peckinpah just made them up in the moment.

I guess I’d say Peckinpah was a better filmmaker because he just looked cooler.  Isn’t that what most things come down to?  The way someone looks?