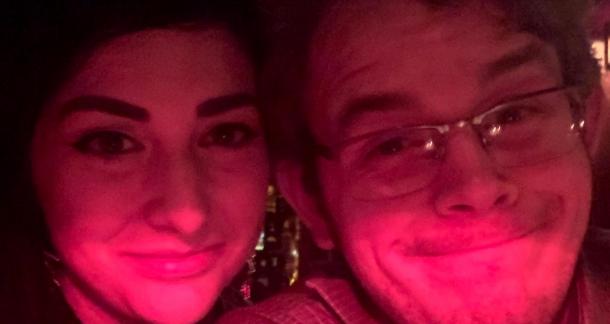 N.B Turner and Kirstyn Petras are the hosts of Dark Waters, a literary podcast exploring dark, dreary, twisted fiction. As one of the more engaging platforms of its ilk, it brims with genuine personality and exploration — not only covering author's new releases, but also going back to cover more vintage classics (like they did recently with Don DeLillo's Cosmopolis). Turner and Petras are also fierce writers in their own right — two of their stories just happen to be among my online favorites of the year so far: the sleek celluloid-horror of "Superposition" by Petras (Punk Noir), and the skin-crawling alcoholic nightmare of "Waking Up" by Turner (ExPat Press), so the two have the bases covered as fans, scholars, philosophers, and practitioners of hard-hitting lit.

N: I think what initially set us apart was that we were designed to be a place for works in progress. We wanted to ask questions about the craft of writing and help other writers sharpen their work. Then as things developed, we saw there was a chance to amplify other writers who were putting out works which might slip under the radar. Also, I think it’s just fun to hear conversations with people who love the same things you love.

K: I agree, I think the fact that it’s part interviews/part workshop made it a little more approachable, that and, as we continually say, it’s an amateur production. We’re very much aware of what we can and can’t do — that, and, we swear and make fun of each other a lot.

The two of you have incredible chemistry – there's a magnetic quality to your chipper dispositions, seamlessly feeding off one another as you juxtapose subjects of crime, murder, and other shadow sides of humankind in the books and authors you cover. Is this a decisive approach, or merely a sign of comfort and trust considering how long you've known each other?

We’re very much aware of what we can and can’t do — that, and, we swear and make fun of each other a lot.

K: I enjoy that, by any perception, it appears we have a plan. It’s definitely just a sign of how well we know each other that the conversations flow as they do.

N: Primarily a sign of trust and comfort. There are very few topics off-limits for us as a result.

What's refreshing about DW is the element of professionalism combined with a sort of heart on sleeve fanfare; incredibly well-researched yet very relaxed. I'd even call it kind of a ritualized drinking show – we always see Nate with his tumbler of whiskey and Kirstin with her bottle of Corona. Has there ever been an episode that teetered on complete chaos?

K: Oh, man, yes, there was. We had on a guest editor who is a dear friend of mine, and we started on the booze a little too early. Couldn't get through the reading. Honestly, I'm okay with it. We trashed the recording and ended up just talking for an hour. But that was how we ended up with Amy King discussing that work that episode. We originally had her slated for something else. It all ended fantastically, and I'll never complain because we got to catch up with friends.

N: I’d also argue that the episode with Amy King for a time teetered on chaos. That initial episode was three hours long before we (by which I mean, Kirstyn) edited it down to fit the time slot. Every episode seems to have the potential to go off the rails since I at least just want to keep asking questions about people’s passions.

K: I think it’s an editing thing. We teeter on the edge of insanity more often than not. The magic of Audacity lets us hide it.

You're also both writers of dark fiction, which brings a whole other layer of legitimacy to the show. What areas or styles do you gravitate towards, and who are your personal favorite authors?

N: I definitely gravitate a bit more towards horror and crime. Something about the guilty conscience or the possibility of supernatural happenings fascinates me. Personally my favorite authors would be, at least in recent years, Stephen Graham Jones, John Le Carre, and John Langan, while more old-school folks would be Graham Greene and Raymond Carver. I like stories that rely on rich inner-worlds of the characters to propel the story forward.

K: I go for darker thrillers and horror more often than not, but there is certain darker literary fiction that I adore. I love Don DeLillo for his lyrical dialogue, Clive Barker for his world building, Chuck Palahniuk for not holding back, Joe Hill for giving me shivers, and Jeff Vandermeer for having the ability to frustrate me with endings I can’t quite figure out.

Others have taken note of your host/hostess rep to the point where they've had you host other events not related to DW, most recently the marathon 2 1/2 hour Punk Noir reading which kind of blew my mind, considering the number of authors reading from different time zones, some attending in the middle of the night, etc. Does hosting these other events seem like more pressure or less, compared to your home base at DW?

N: For me, the live events seem like a lot more pressure, a lot more can go wrong. But then again, I always love hearing the stories and poetry during the live readings. The Punk Noir reading was a wonderful event with some stars of the indie scene and I will always cherish it. Just need to calm my own personal anxiety a bit.

K: What he said, it feels like more stress because it’s live — I can’t go back and edit out something I wish I hadn’t said — take out awkward pauses and cut away tangents. If we mess it up it's not just our own name. That said, I feel honored that people have trusted us to host, knowing our style and that we’re not perfect. Hosting Punk Noir was so fun, getting to highlight so many voices in one go was such a great opportunity. 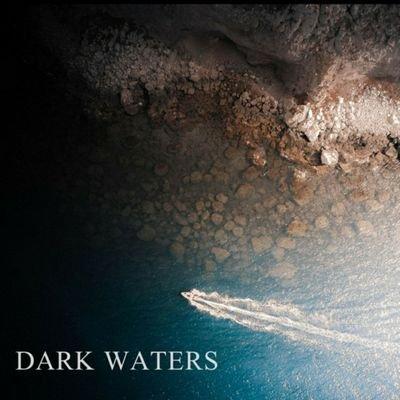 Who would be your bucket list guest to have on the show?

N: So I’ve got one living and one dead and both just to ask about one book. I’d want to talk to Stephen Graham Jones about his most recent book, The Only Good Indians. That novel was the first in years to give me nightmares and I want to know how he could come up with and execute such a dark story, and one of such magnitude as well. The dead one is Shusaku Endo, a Japanese author, and to my knowledge, the only Japanese Catholic author published in the West. His book Silence was the first book of a religious tint I’ve read in decades that didn’t come off like a sermon and instead read like an actual story, even like it actually happened. I want to ask how he pulled that off.

K: How far fetched are we getting here? Like dreamworld or….? Because If I could pick Joe Hill’s brain….

Some of the disturbing times of our lives are when we are unable to distinguish fantasy from reality, so like, what's the most disturbing nightmare you've ever had?

K: So my horror short stories all come from nightmares. "Superposition", "Euphoria", a couple that haven't been published yet, all nightmares. But the scariest one happened quite recently. The premise is a girl alone in her apartment, hearing knocking at the door. Brief synopsis, she gets the front door closed, and then she hears something behind her. She turns around to see him in the shadows and he says "Well. What will you do now?” And while it’s still unclear if its been two people or there’s a supernatural element at play, that’s the end. That was when I woke up. I'm trying to gain the courage to turn it into a story, because I tend to write at 3am and get freaked out by shadows. Given the premise of the story that's not going to help my fear levels.

N: I had a dream once I got back together with a particular ex-girlfriend...made me not want to sleep for days.

Listen to Dark Waters on Spotify

Tex Gresham: "This Is My Submission To The Post-Modern Library"