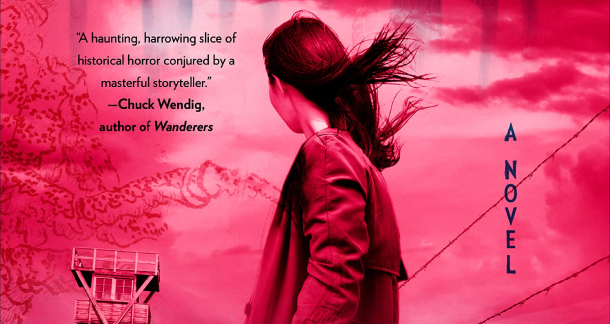 Not many writers begin their career as an intelligence analyst, but that’s exactly what Alma Katsu did before publishing her first novel. Her keen eye for detail and understanding of complex human behavior brings a rich depth to her characters and stories that readers have a hard time putting down.

Her recent book, The Fervor, is no different, and takes us into the horror of the Japanese internment camps during World War II. The story revolves around a mother and daughter trying to survive as a mysterious disease spreads through the camp, causing violent episodes and even death. It’s a harrowing glimpse into a dark facet of our nation’s history. But as you read, it’s impossible to ignore the familiar issues that still plague us today.

We were delighted to sit down with Alma and talk to her about how we can learn from history, and why this is her most personal book yet.

This is your third book in the historical horror genre. Why do you think this genre resonates so much with readers?

When I wrote The Hunger, one of the first questions everyone asked was, why should we care about the Donner Party today? As I was writing, there were certain things that felt so relevant to the 2016 presidential elections, but it was all coming from the history. The reason the Donner Party failed was because the wagon train was split along class lines. The rich people had lavish wagons with all of their supplies, and the poor sometimes didn’t even have a donkey. They were just trying to make the journey on foot. And it was reflective of what we were seeing in the US—the schism between the haves and the have-nots.

The same thing happened with The Deep. That disaster struck at the end of the Gilded Age, and the Titanic represented that era. It was this grandiose symbol that was only available to some. Even though there were third class passengers, we know most of them drowned when the ship sank, and there was also a lot of discrimination against women. As I was writing the book, we were once again facing the loss of reproductive rights. With The Fervor, I decided to really bring the similarities to the forefront. It’s the most allegorical of the three books, but as I was doing the research—it just slaps you in the face how similar it was to what we’ve been going through for the last couple of years.

I think there’s a potential for stories to have deeper messages. I’m a literary author and I write very character driven books that usually have a theme in them. I try not to be too preachy, but I was trained as an intelligence analyst. I’m trained to assess and educate, so that is what I try to do. 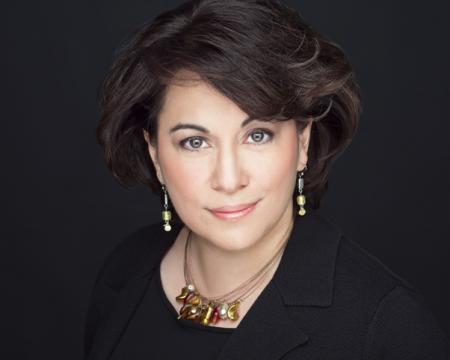 The Fervor has gotten amazing reviews so far, and I know it’s based on a very dark part of America’s history. I wonder if you could talk about bringing this difficult subject to life.

What I wanted to bring to the forefront of the book is that what you learned in school is not really the story you think it is. Most of us were taught these sound bites because they’re easy to absorb and hold onto. The sound bite for the internment camps is that Pearl Harbor just happened, and in their shock, Americans were afraid the Japanese were going to spy on them or commit sabotage for the benefit of Japan. That was why it was important to set up the exclusion zone and pull the Japanese out of the area. But that’s not actually why it happened.

The administration at the time knew very well that there was no threat from the Japanese people in the United States. They had conducted three studies in the run up to the war, because the US was being pressured to join. The war department did two and FDR’s office did one. All three studies confirmed there was no threat. So even though the President knew there was no reason to do this, he succumbed to political pressure. Just like now, there were a few Congressmen grandstanding for their constituents.

And unfortunately, they were fueled by a shocking depth of racist propaganda against the Japanese and the Chinese. There were a lot of white nationalist groups who were openly very denigrating of Asians and had been since the Chinese built the railroads. I actually took some of the phrases from the fliers and letters and used them as inspiration for a white nationalist group in the book. Minorities compared to vermin and insects, that they’re subhuman, and that the Japanese specifically were sneaky and couldn’t be trusted. When I worked for the NSA, I studied civil unrest in places like Bosnia, Rwanda, the Republic of Congo, Sierra Leone. And all these instances of civil unrest had the same pattern, over and over again. We’re just repeating history.

It’s so heartbreaking, and frankly more than a little terrifying that we’re still repeating patterns from the past. Was that why you included a disease in The Fervor?

That’s actually one of the questions I’ve been getting a lot at bookstores. But actually, it’s not a COVID book. I started working on The Fervor in 2019, and at the time I wanted to draw out the extreme hostility that was dividing the nation at the time. That’s actually what the fervor—the disease—was supposed to represent. As the book progressed into 2020, I did start layering other things that were going on, so there are some elements that we’ll all remember from our experience with COVID sprinkled in there.

What other modern issues do you think connect the mentality of the past with what’s happening in current events? 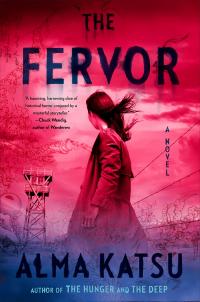 When I was almost done writing, the January 6th attack on the capital happened. That’s when I decided that I wanted to be a little bolder and really try to confront this nationalist zeal a bit more. I knew from my experience that this was exactly what I saw during my research in the 1990s in other countries. But at the time, we all said this would never happen in America because we have checks and balances. And we saw that we were wrong. It can happen here; it is happening here.

The other thing I found interesting while I was writing the book was people’s impressions of the camps. Some people assume the people in the camps only dressed in kimonos, had Japanese names, only ate Japanese food. They were all American citizens, and some had been born in the United States. They had American names, dressed in American clothes, played the same games, loved the same movie stars. They were American in every way. The fact that some people have these beliefs about who was interned was surprising, but it really showed me how much education still needs to be done.

It sounds like such an important and timely book. What do you hope readers will walk away with after reading it?

This is a very personal book for me. I’m half-Japanese, and my mom is Japanese. She came to the United States when she married my father, after the war. When you grow up with a parent that is such a different culture than the one you’re living in, you absorb so much without realizing how different it is until later. But I also absorbed the maltreatment she received after coming here. Even after the war, there was a lot of hostility directly shoved in her face, and it changed her as a person.

I didn’t know much about the internment other than what I learned in school, but when I married my husband, I found out his entire family had been interned at the Topaz camp with relatives at other camps. But no one really wanted to talk about the experience. There was a lot of shame that this happened to them, that they didn’t fight back.

As I was doing research, I realized a lot of the fear of the Japanese was driven by economic competition, which is another thing we’re seeing today. They actively tried to keep Japanese from being able to get citizenship, from purchasing property, and owning property. My husband’s family owned a florist business in Berkeley, California. And it was taken from them. That’s a huge financial setback on top of the hate and open threats of violence.

After the war, they did several studies to assess the belief that Japanese Americans had a stronger allegiance to Japan than the US, even if they had been born here. But not a single case of Japanese espionage was ever found. It was all propaganda and lies.

I bring up the personal aspect because the people in the camps were profoundly affected, and I think I have a deep understanding of how that felt. I hope it comes through in the book. It’s why I wanted to emphasize these issues, and hopefully people might read this book, see the correlations, and realize how dangerous this kind of thinking really is.

Get The Fervor at Bookshop or Amazon