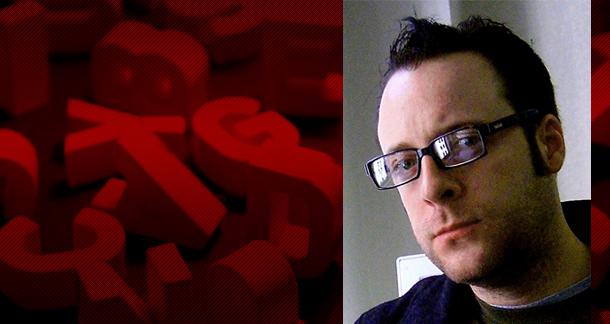 Jon Gingerich is the author of some of LitReactor's most popular columns on craft, so we're incredibly excited to debut his first online class, Fundamentals of Short Fiction, which is kicking off on Monday.

The concept behind this course is simple: shape and ready your short story ideas for publication. This is like a boot camp for the short story writer--though the tools you'll learn here are just as relevant to longer forms of fiction, like novels and novellas.

Jon is the editor of O'Dwyer's magazine. His fiction has appeared in Pleiades, Keyhole, The Golden Triangle, The New York Press and London’s Litro magazine, among others. And so you can get a feel for him and his class, here are his responses to five writing questions we hit him with:

Rob Hart: What attracts you to short stories, as opposed to longer forms of fiction?

Jon Gingerich: There’s this unspoken rule with the short story that you have to get down to business very quickly. So, there’s this urgency in the form I really like. Short stories are exercises in economy, but the demands of being expected to say so much with so little definitely presents a new series of artistic challenges. You’ll hear some novelists fully admit they’ve had a harder time writing short stories than novels. I don’t find that surprising at all. Novels are very complex machines, but just given their sheer size, the writer has all this space to basically goof around. There’s going to be plenty of wiggle room for mistakes. The fact is, it’s pretty damn hard to knock someone’s socks off in three pages, so working in the short story format really raises the bar in terms of the amount of impact you’re expected to deliver in such little time. In a short story, every sentence — practically every word — counts. For that reason, because of the emphasis the form places on the micro elements, I think the short story actually has more in common with poetry than novels. It’s definitely its own art form.

RH: What's the biggest mistake you see young writers make within the confines of the short story?

JG: I think there’s this preconception with a lot of beginning writers that the short story is simply a truncated novel. I don’t think that’s true. There’s a singularity principle happening with the most successful short stories, where we capture this very brief period in time and what we’ve witnessed just says so much about the grand mysteries that make us who we are. It’s like we have this giant lens that takes a single picture, and we zoom in on a very small, very specific part of the world and look at it very quickly and then we’re gone. The fact that we can decode and collectively understand these very complex ideas so quickly is just incredibly profound. Kurt Vonnegut once said you have to start the story as close to the end as possible. I think there’s a lot of truth to that.

The fact is, it’s pretty damn hard to knock someone’s socks off in three pages, so working in the short story format really raises the bar in terms of the amount of impact you’re expected to deliver in such little time.

Having said that, I think most writers who begin working in shorter spaces sort of instinctively understand these principles. In fact, I have to admit, the most common mistakes I see with short stories in progress aren’t germane to the form insomuch as they’re mistakes of craft. In other words, they’re the same sorts of problems I encounter in workshops with novels all the time. Confusion of voice is a big one. This happens especially when writers use a first-person narrative and we begin seeing the writer’s words peeking out from behind the character’s voice. It also happens a lot of the time in third-person too, like when a character says something you know he or she wouldn’t say and it’s obvious the writer has thrown it in for exposition. And of course, there’s cliché, either in the characters themselves or in a writer’s well-worn word choices. Oh, and here’s a big one: writers having their characters do things that aren’t earned just to flush out the plot. I see that all the time. The fact that most of the mistakes I see are simply mistakes of craft is one reason I believe short stories are a great place for writers to start. It’s simply a more reasonable setting to learn the fundamentals when you don’t have the expectations of a huge project looming over you. Lord knows it’s easier to toss a bad short story you’ve wasted a month on than to realize you just wasted three-hundred pages and three years of your life.

JG: I’ve been rejected so many times, I once used all the slips I’d saved as wallpaper in my old bedroom. An entire wall of my room, plastered in rejection — take the metaphor as you will. But I was also sending out stories every month to literally hundreds of publications, for years and years. How do I handle rejection? I just do — you have to. It’s part of the process, just like you said. If you don’t like others being critical of your work you should find another hobby, because in writing you’re going to get a lot more rejection than praise, I promise.

The good new is that industry rejection is a critical device. It’s a sort of natural extension of the workshop because it forces you to ask yourself: what isn’t working here?  It makes you a better writer. The other good news is that it always gets better with time. Sooner or later you’re going to get better, and sooner or later someone’s going to take the bait. I still get rejected from places all the time, but my batting average is a lot better. And I also know which journals and magazines to submit to and what to say, and that’s a big part of it. I can’t stress enough how important it is to have a well-written query letter. In fact, that’s going to be a major focus of one of my lectures: how to write a good, professional query for publication. Because I’m also a magazine editor, I get pitched every single day, so I definitely know what it feels like to work on the other end of things, and I can tell you with absolute certainty what sorts of pitches stand out from the crowd and why. Not too many workshops cover that angle of the process and that’s disappointing because mastering the art of the query is essential.

RH: Who are some of the writers you're currently reading?

JG: I’ve been reading a lot of modern writers lately, which is funny because everyone who knows me would probably say I spend most of my time reading stuff people would consider “classics.” Some of my favorites right now are Mary Gaitskill, Jonathan Franzen and Daniyal Mueenuddin. I missed the boat with Jonathan Safran Foer when everyone else was reading him a few years back, so I’m just now catching up and I don’t know what took me so long. I think he’s excellent. And I’m always reading a lot of essays too, because I divide my time writing fiction and non-fiction. As far as older works, I’m one of those people who repeatedly goes back and re-reads the stuff that really did it for me. Lately I’ve been re-reading a lot of Chekhov, but that’s not surprising because I do that every six months or so anyway. Chekhov was the man. Ideally, writers should read everything and anything they can get their hands on. Like everyone I have my own preferences, but when I hear a writer say they only like to read one type or novel, or literature from only one era, it’s a red flag.

I should mention that there’s been a huge resurgence of short story collections in the publishing world in the last few years, and not from famous novelists but from first-time authors. Wells Tower, Adam Haslett, Jhumpa Lahiri, Daniyal Mueenuddin, Donald Ray Pollock, the list goes on. Just unbelievably good, groundbreaking stuff. Agents are signing short story writers with publishing houses for the purpose of releasing short story collections, and really that’s a practice that had been almost unheard of in the last two decades. Previously, the adage had been to start with short stories, get published in a few journals, and sign a deal solely for the sake of publishing a novel. But there are signs that this model might finally be changing. That’s a good thing.

RH: Which principles of short story writing can be applied to novel-length writing? 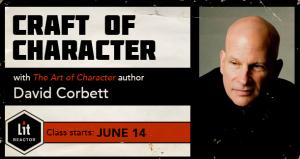