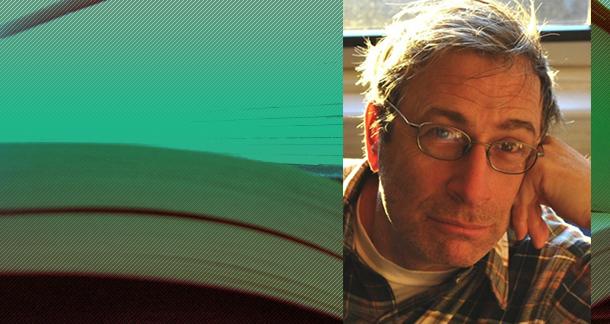 The hardest part of anything is getting started. That's especially true of a novel--a giant, sprawling story that will never work if you don't jump off from solid ground.

To help you find that sure footing, we present to you LitReactor's latest instructor: Christopher Bram, who will be teaching Beginning the Novel. Christopher is the author of nine novels, including God and Monsters, which was made into the Academy Award-winning movie starring Ian McKellen and Lynn Redgrave. He's written essays, movies reviews, and screenplays, and teaches at New York University.

In this six-week online class, Christopher will share key techniques and core attitudes for building a solid start to a book-length work of fiction. You should finish the class with forty or fifty pages, and some extremely useful ideas for moving forward. In addition to discussing your work, this class will examine three very different novels that offer examples of good technique and fine prose: The Great Gatsby by F. Scott Fitzgerald, Aquamarine by Carol Anshaw, and The Unbearable Lightness of Being by Milan Kundera.

The class starts on Monday, May 28. To give you a sense of Christopher and his style, we posted five questions about him and his work:

Based on my own experience and work by friends, I think the most typical error is beginning the novel too many pages before the story kicks in. We think we need time to set things up, to establish our characters and their world. We think we're doing this for the reader, when in fact we're just doing it for ourselves, running in place before we find our story. But it's an easy enough problem to fix. These are chapters we can later cut--although it can be a headache to find new ways to present the most important information there.

When writing a novel, do you start with the story already figured out, or do you have a general idea and just write?

I think the most typical error is beginning the novel too many pages before the story kicks in... We think we're doing this for the reader, when in fact we're just doing it for ourselves, running in place before we find our story.

I have the basic characters worked out and their general situation. And I have a strong idea of the story and which way it's headed. But I rarely know how it's going to end. I have to write the book just to find out for myself what's going to happen. The suspense can be a little nerve-wracking for me as a novelist--what if nothing interesting happens?--but I've learned that this tension is good for the drama.

When I wrote my first novel--my unpublished novel--I blocked it all out, scene by scene, and knew exactly what was going to happen. Writing it out was simply a matter of filling in the blanks, like coloring between the lines in a coloring book. As a result, I got a little bored writing it, and the boredom shows. That's why I was never able to publish it.

Can you name some novels you've read recently that had strong openings?

The Unreal Life of Sergey Nabokov by Paul Russell has an extraordinary opening. This is a novel about the gay brother of Vladimir Nabokov, a real figure with a rich life. He grew up wealthy in Russia, left during the Russian Revolution, lived in Paris at the time of Cocteau and ended up in Berlin during World War II. Sergey narrates his own story and the novel begins with him in Berlin while it's bombed by the Allies. He hides out in his apartment and writes his memoir, fleeing the horror of the present by hiding in his past: the first chapter of hell in Berlin in 1943 is followed a chapter about pampered aristocratic youth circa 1910. The high contrast is both involving and appropriate to the story.

Another good beginning, and a very different one, is Salvation City by Sigrid Nunez. This is the story of an orphaned teenager being raised by a Fundamentalist Christian family after his liberal parents die in a global pandemic. It's a science-fiction premise, but Nunez keeps to so close to Cole's point of view that it works as a realistic literary novel. For the first page or two, we might think we're in the present. Another writer would've spent enormous time explaining this dystopian future, but we learn about it only gradually, neatly weaved into the story of a troubled boy's life.

Have you ever started a novel, felt like it wasn't working, and had to abandon it?

Oh yes, it's happened more than once. I write thirty or forty pages before I recognize it isn't clicking; I put it aside to work on something else. It happened many years ago with a novel following two friends from high school to college and beyond, constructed in short story episodes. I drew upon a real friendship that went bad, but there wasn't enough to keep me interested. However, I've found that nothing I write goes to waste. I ended up using that material for the backstory for my third novel, In Memory of Angel Clare. I refer to those events only in passing, but they were in my head whenever I needed them.

It happened more recently with a novel about a ghost writer. I had my ghost and his voice. I thought I had the subject of the autobiography being written by the ghost, but that figure never caught fire. I now think of the project as a wonderful box with nothing inside it--yet. I hope to get back to it one day when I find the right subject for my ghost.

What's the toughest start you've ever had to a book?

Probably my first published novel, Surprising Myself. I wanted to write a big, fat Victorian novel like David Copperfield. So I wrote an 800-page tome about a young gay man coming of age. No publisher wanted to touch it. The thing was just too damn long. I thought maybe I could publish it as two books, but realized the first half was just another coming-out story. The really interesting book was the second half, which was about life in a longterm couple. A smart friend in the business advised me, "So publish only the second half. Keep from the first half only what you need to tell the story."

Which was excellent advice, but executing it was really hard. I found a few episodes from the first half that could stand on their own. Then I tried a flashback structure, beginning with the opening of the second half followed by five or six episodes from the past. An agent read this version and said he liked it, but something was missing. I was all set to show him the cut four hundred pages, but got wise and showed him one more scene about the family. He sent the book out and it was accepted, but the editor felt the opening was too choppy. I wrote a new first chapter, reshuffled my flashbacks so they happened chronologically, and finally found the right beginning for the novel. This was after a year of fumbling.

Strange to say, nobody has ever complained about the opening of the novel. But I spoke from firsthand experience when I said earlier that new novelists often begin a novel too early. After all, I began mine four hundred pages too soon.