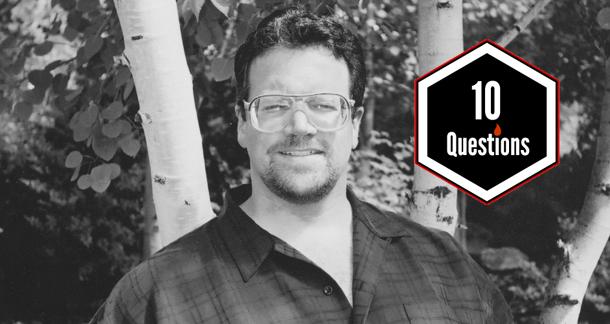 I'm not going to call Tom Piccirilli underrated—underpaid, definitely, under-appreciated, perhaps—but at this stage in his career, the label of underrated doesn't comfortably fit the Colorado novelist or his emotionally intense creations. Over the last twenty years, Picciirilli has written in virtually every genre with the exception of hard sci-fi, but in the last decade, his voice has come to full maturity within crime fiction. His dark, at times poetic novels of lowlifes existing in the shadows of American life have consistently ranked as the very best being written in the genre. This is particularly true with Piccirilli's past two novels—his first to be published as hardbacks by a major publisher—The Last Kind Words, and the recently released, The Last Whisper in the Dark. With these novels he has hit his stride as a storyteller, chronicling the exploits of the New York grifter/crime family, the Rands, and the return of their prodigal son, the guilt ridden Terry. The “Last” books are dark, compulsive, character driven novels that illustrate that sometimes the worst thing a person can do for themselves is go home again.

The first story I can remember writing was back in seventh or eighth grade, called “Dimension X.”  I was heavily into lost world and sci-fi at the time.  It was a Land of the Lost riff about energized crystals and dinosaurs and mutant beings.  What happened to it?  Luckily it is lost to the sands of time.

I danced on the dining room table and went out to dinner with some buddies.  The first piece of writing I sold was my first novel Dark Father.  It was a typical piece of cart before the horse.

Straight onto the keyboard nowadays.  Took me years to get used to that.  At first I’d write longhand and then transcribe, but thankfully those days are long gone.

As my friend Ed Gorman has said, I’ve made every mistake there is to make and I’ve discovered a few more while I was at it.  In hindsight, I probably should have had more fun writing back in the early days instead of trying to be some kind of literary genius.  If you have to try to be a genius, chances are, you’re not.

I got to put at least a couple of Terry’s demons to rest, which means, I suppose, I put down a bundle of my own along the way.

Jack Taylor, I suppose.  We all know Jack likes to drink, and he’s got more down-in-the-gutter anecdotes than anybody else in fiction.

Amazon or the local B&N or second-hand shops.  Wherever I can.

I grit my teeth, call somebody a Neolithic dipshit douchebag, and move on.

The advice that all the other stuff outside of writing is what’s really important—like handing out bookmarks, making a Facebook author page and getting strangers to “like” it if you like theirs back.  It all smacks of such amateurish bullshit.  The writing has to be first, second, and third in your life.

Last Whisper in The Dark is your second novel featuring the family of thieves and conmen, the Rands. Where did the idea for the family come from and how long do you plan to write about them?

I wanted to marry the idea of crime fiction with family drama, so that’s where the overall umbrella-idea came from.  I’m doing at least one more in the series and who knows, maybe more after that.  If readers keep wanting them I’ll keep providing them.

Tom Piccirilli is one of my favorite authors. I love his Self stories, his novellas, and his novels. I was appy to see his latest apear on my Kindle today, and excited to see this interview. I am sure The Last Wisper in the Dark is going to do justice to The Last Kind Words.