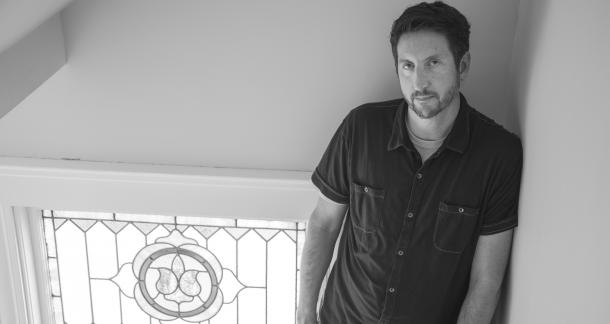 Let’s talk about horror for a minute. As a genre, I absolutely love it. I started writing because when I was 11 I started reading folks like Stephen King, Clive Barker, Joe Lansdale, and David J. Schow and I got it into my head that maybe if I wrote my own scary stories, people would pay me to write them. Obviously, I thought that was a pretty cool way to make a living. I also love horror movies like teenage girls love texting. Since I was 9, flicks like The Texas Chainsaw Massacre and The Exorcist have been my jam. But here’s the thing about horror: When you’ve been living with it as long as I have, nothing scares you. Sure, I’ve been shocked by novels (The Girl Next Door By Jack Ketchum) and revolted (pretty much anything by Edward Lee), but scared—it just doesn’t happen anymore.

Now let’s talk about Paul Tremblay. I’ve been reading Tremblay since Dave Zeltserman suggested I pick up Tremblay’s weird boiled PI novels The Little Sleep and No Sleep Till Wonderland back in 2010. The novels were really funny and I enjoyed the hell out of them. The same goes for Tremblay’s dystopian satire Swallowing The Donkey’s Eye (which I liked it so much I included in my Top 10 reads of 2012 at Spinetingler Magazine). It was funny and incredibly imaginative. The long and the short of it is, I’ve always thought of Tremblay as being a funny and extremely talented storyteller.

Now let’s talk about Tremblay and horror. More specifically, let’s talk about Tremblay’s horror novel A Head Full Of Ghosts. When I was reading the advance readers copy of the novel, I was in my office, I was listening to some music through earbuds, and I was absorb in an early scene where the narrator, Merry, is talking with her mentally ill/possessed older sister, Marjorie. The conversation is kind of gross and pretty shocking. While I was reading it, my mouth went dry and I started sweating a little bit. And then something touched me on my arm and I physically jumped out of my chair. What had touched me was my 8-year-old daughter, and she was on the ground laughing her ass off.

I wrote a truly terrible story about Death personified intervening in the affairs of a serial killer because said serial killer iced someone who wasn’t on Death’s list-of-things-to-scythe-today. It was totally like Raymond Carver meets Piers Anthony. I told you it was terrible. But I wrote it, and at age 25 I’d never written any fiction (not counting school assignments). I wrote the story on an old word processor that had a digital screen smaller than my current cell phone and 8-bit graphics. I actually lost the first seven pages I ever wrote because I didn’t save it properly. Back up your files, kids. But I persevered and managed to rewrite and then finish the craptastic story, which is safely locked away in the trunk to never see the light of day. It did its job, though. It was my start.

The old saw of ‘write what you know’ is truly terrible advice, I think. It should be ‘write to try to know.’

I can’t remember my reaction to my first sale to be honest. Is that sad? I do remember dancing in my living room when my short story “The Laughing Man Meets Little Cat” won a Chizine fiction contest in 2002. I remember in early fall of 2007, pacing my front lawn on the phone with my agent as he was telling me about the deal for my first novel The Little Sleep. I remember February of 2013, getting texts from my agent about the offer for A Head Full of Ghosts during halftime of a JV basketball game I was coaching. I remember coming home and telling my family about it and I remember their hugs and I remember yelling, “Fuck yeah!” in a not-so-private moment.

I remember all the rejections too…

I keep a bunch of little notebooks. Emphasis on bunch. Six or seven maybe? I shed them like dead skin (ew…) so that I find them randomly around the house and/or in the hidden crags and crannies of my school bag. In those notebooks I jot down ideas, work out scenes or loose outlines, character sketches, brainstorm, write mini-manifestos. When it comes to actually writing the book/story, I work on a computer. I wish I could write longhand but I can’t. My penmanship is too messy (apologies to all my elementary school teachers) and I make too many mistakes to write by hand. I’m lost without a mouse and the delete button. None of that trackpad bullshit either, and ‘hell no’ to whatever you call the little button-mouse thingies in the middle of a laptop keyboard that are the size of a pinhead. Not the Cenobite. Might as well call it the random-stuff-will-happen-that-you-don’t-want-to-happen-when-you-fumble-at-it-fecklessly button.

Jesus , that question is terrifying. That implies I’ve already made the biggest mistake I’m going to make and that there’s not some other giant mistake out there waiting for me. Why are you trying to jinx me?

I’ve made lots of mistakes, particularly early on, but nothing too pyrotechnic, other than the time John Langan dared me into arm wrestling Peter Straub.

My biggest mistake happened shortly after the publication of my second novel No Sleep Till Wonderland in February of 2010. I let its lack of commercial success crawl inside my head and move all the furniture around. (Yes, a mixed metaphor and, yes, I have furniture in my head.) I didn’t write much of anything for at least a year if not more afterward. I spent far too much time being bitter and worrying about what other writers were doing and not focusing enough on my own work and how I could get better. I didn’t much like myself because of it either. Jealousy and bitterness are the biggest mistakes. No good comes from it but it’s easy to fool yourself into thinking you can use it for motivation. There lies madness.

There’s no way I would’ve been able to write A Head Full of Ghosts without letting as much of that junk go as I could without losing my snarky wit, charm, and humility. (Come on, laugh, that was a joke!) I’ve become better at focusing on getting better. Be better.

Honestly, it was more of a giant sigh of relief. I was lucky enough to stumble upon a good idea for a horror novel, I wrote the best book I could, and I managed not to screw it up or get in the way. There are parts in AHFoG that were the most fun I’ve ever had as a writer. Getting to proselytize and pontificate about my favorite and least favorite aspects of horror within the book was a total blast. There were other parts that weren’t as much fun to write, especially the ending. Super stressful, as far as imaginary, self-inflected stress goes.

I do some purchasing online but not at Amazon. My closest store is a Barnes and Nobles, but whenever I’m in an indie I make sure I buy something, anything.

Oh that’s easy. I made a how-to-video of how to deal with bad reviews years ago:

I don’t know who said, “Hey, you there, writer. Here’s what you do. Go to Facebook. Friend the world. The nanosecond someone accepts your friendship request (the sucker), do not say ‘hi’ or introduce yourself or interact with the person in anyway and instead immediately invite them to like your crappy author page. That’s good bizness there,” but I’d like to kick that person in the spleen.

Eleswhere…. The old saw of ‘write what you know’ is truly terrible advice, I think. It should be ‘write to try to know.’

Your books have been all over the board: Crime, horror, satire, etc., as a writer which is your favorite genre? Also, have you ever been pressured by a publisher or agent to pick one genre and stick with it?

When a horror story is done well (and yeah, I’m an annoying, picky hipster at times about horror, at least that’s what that dink, my friend John Langan tells me), I think it hits closest and hardest to the truth. That said, the other genres you mentioned are inbred cannibal cousins all related. Crime, horror, and satire each aim to reveal an ugly or uncomfortable truth, one that after the reveal will ensure we’ll never be the same. The big difference between those genres being the effect they create. Or maybe it’s not such a big difference and we’re talking subtle shades or hues of affect.

My first book deal was for two Mark Genevich novels. I hadn’t planned on writing a second Genevich novel but I was contracted to do so, and so there I was being introduced as a crime writer. My William Morrow deal is for literary horror novels, whatever the wonderful nebulous phrase means. And I have to say, I couldn’t be more happy that I’m back into nebulousness. It’s all nebulousness these days.

Thanks Keith.  Great job as always.