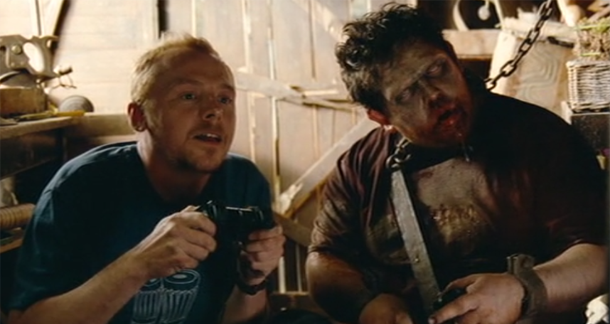 Like many of you reading this, I’m a life-long zombie fan. Growing up I devoured the likes of George A. Romero’s Night of the Living Dead, Zombi, Evil Dead, Re-Animator and so on. Following the release of 28 Days Later in late 2002 and 2004’s Dawn of the Dead remake the zombie genre exploded. Of course, as is so often the case, David Moody was ahead of the curve releasing the first in his Autumn series in 2001, closely followed by Max Brooks’ The Zombie Survival Guide (2003) and later World War Z (2006). In film, the genre continued to innovate and offer up original twists on our inanimate friends including everyone’s favourite zom-com (sorry Zombieland) Shaun of the Dead (2004), one of the most effective found footage films [Rec] (2007) and Colin (2008) made on a shoestring budget of £45. The rules have changed. Zombies are not confined to shambling and flesh-eating – they run, they wield weaponry, they get married, they fuck, they hold down jobs and that’s barely scratching the surface.

When something attains such staggering popularity it is inevitable there will be a vat of muck amongst the treasure. Sadly for the humble zombie, there’s often so much focus on the negative we’re oft to miss the originality and innovation within the field. This article takes a stand against those who yearn for a moratorium on zombies. A response to those who think zombies are extinct and irrelevant like the pliosaur. Here, in no particular order, are three fresh takes on the zombie story and a plethora of decomposing bonuses written in or after 2010. If you like what you read vote with your comments and let us know you demand more, and we’ll delve deeper in a future installment.

But for now, take a long deep breath and repeat after me: zombies aren’t dead. 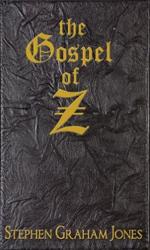 Given how frequently Stephen Graham Jones churns out books (for stats fans that’s 15.5 novels, 6 story collections and over 220 short stories since his first release in 2000) it should be no surprise that Stephen – a self-confessed zombie fan – has dipped his feet into the desolate waters of zombie fiction. (Actually he’s taken a bloody great bath with z-fic, his first foray was It Came from Del Rio, before penning two novels with ‘zombie’ in the title: Zombie Bake-Off and Zombie Sharks with Metal Teeth, and we haven’t even mentioned his short stories.)

Back on topic, The Gospel of Z takes place ten years after zombies destroyed the world. The tome’s protagonist, Jory Gray, spurred on by the absence of love interest Linse, searches for the truth behind the zombie virus. Whilst on the surface level this may sound run-of-the-mill, anyone acquainted with Jones’s fiction will be aware of the intricacies and depth he ploughs into any subject he tackles. Jones demands we consider whether the zombies are the real monster and juxtaposes secular and religious powers to create a tense narrative. Of course, there are wider post-text questions to be asked, too, not least what it means to be human. Ultimately, it’s the expertly woven-together characters and storytelling that makes The Gospel of Z a must-read story and essential addition to the zombie canon. I reached out to Stephen to ask what makes for an original zombie story in 2015. Here’s what he said.

The trick with the contemporary zombie story is that it's not just running and gunning so much anymore. The zombie story's no longer dominated by survival stories. Now there’s coping-with-zombie stories – Amanda Beamer's The Loving Dead, say, or Daryl Gregory's Raising Stony Mayhall, or Charles Yu's ‘First Person Shooter’ – and, really, what's happening more and more, which you can see in short films like ‘Cargo’ and ‘I Love Sarah Jane’, zombies are becoming the rotting backdrop for these essential, kind of touching human stories. That's how the zombie’s surviving the up and down of our fad-oriented interest. The zombie can be at the front of the stage when times are good, and in leaner times, it shuffles back, provides the setting, the context, the situation. As for the particulars of what kind of zombie to put in a contemporary zombie story, man, there's no rules at all anymore. Fast, slow, brain-hungry, flesh-hungry, talking, moaning, dressed up from the grave, still wearing a wedding gown, just wearing blood and gore, whatever. It all goes. And it's pretty wonderful. 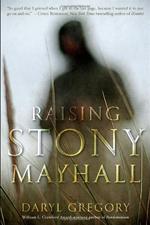 “Not since Lucius Shepard's classic Green Eyes has the concept of the zombie been treated with such eloquence and panache.”

Library Journal touted Raising Stony Mayhall as one of the best science fiction books of the year. It begins in 1968, after the first zombie outbreak, when Wanda Mayhall discovers a baby – stone cold and not breathing – in the midst of a snowstorm. Then he begins to move. The novel documents Stony’s entire life from being brought up secretly and hidden from the authorities to messianic leader of the zombie population. There are so many parallels between Stony’s journey and Jesus Christ, something Daryl Gregory spoke about in an interview with io9:

Oh, it's definitely the zombie messiah story. I wanted to cover a person’s entire life. So you start with this very Moses-like beginning, where he's found along the side of the road and raised by the enemy, raised by humans. I was raised fundamentalist, raised by southern Baptists, so I can’t hardly spit without seeing a Christ image or a metaphor.

What separates Raising Stony Mayhall from its peers is its focus on one particular zombie and the way in which Stony feels different from his undead brethren. Dealing with issues as diverse as civil rights, religion and persecution, Raising Stony Mayhall is a must-read coming-of-age story that examines all aspects of humanity, warts ‘n’ all. 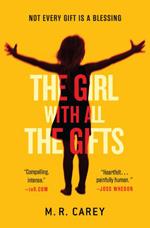 "One of the more imaginative and ingenious additions to the dystopian canon."

Not only was The Girl With All The Gifts by M.R. Carey one of the best horror novels of 2014 (alongside Josh Malerman’s equally chilling vision Bird Box) but it was one of the best novels of the year period. So much so the film rights were quickly snapped up and the film adaptation, starring Glenn Close, Gemma Arterton and Paddy Considine, is set for release next year. Based on Carey’s short story ‘Iphigenia in Aulis’, The Girl With All The Gifts follows girl genius Melanie. She is confined to and strapped into her wheelchair, and escorted to lessons by armed guards. Melanie is neither aware she is dead nor that she’s part of an experiment. At the core of the story are Melanie’s interactions and evolving relationships with her beloved teacher Miss Justineau, ruthless researcher Caroline Caldwell and bona fide badass Sgt. Parks.

M.R. Carey spoke of the inspiration behind Melanie with Liz Loves Books:

The starting point was this image of a little girl writing an essay in a deserted classroom – and writing around or just plain missing the fact of her own mortality. A dead girl, writing about her future. For once I was writing to a spec brief – a story for a themed anthology of shorts with a general focus on “school days”. So I had to come up with a story set in a school or playing off a school situation. I cast my mind back to my own school days, and this was what came up.

I opened the z-shaped forum to Facebook and here, unordered, are further zombie recommendations.

I mentioned David Moody at the start of the article, a man who was ahead of the zombie revival curve back in 2001. Since then he has gone on to release six books in his Autumn series, a trilogy of Hater books and seven other books. It seems only fitting to close with David’s thoughts on originality within zombie fiction.

Since I released my first zombie novel (Autumn) in 2001, the undead landscape has changed beyond all recognition. There are as many zombie stories out there now as there are corpses in an undead horde. It's endless and relentless. In fact, you can take the analogy further because as the corpses decay in a zombie book or film, they gradually lose all individuality. Colours and features fade. Everything turns to the same mottled grey-brown. Differences disappear and you stop thinking about male and female zombies, young or old, short or tall, fat or thin etc. you're just left with zombies. The same’s true of zombie stories, I think. There are so many of them now that it's easy to get lost amongst the masses. I reckon it's a mistake to focus on the undead. The key to writing an original zombie story in 2015 is to concentrate on the living instead. Although the zombie is a remarkably adaptable beast because you can write them into pretty much every situation, location or time, they're physically and mentally limited so it's difficult to focus on them and hold a reader’s interest. What matters is what happens around them… how survivors react to the undead threat and how they act and interact with each other in response… how people behave when their lives are on the line and when the basic rules of human existence have been redefined... how people cope when everything they know has been turned upside down and inside out. This might sound a little backwards, but my best advice would often be to plan as if you're not writing a zombie story at all. Come up with your characters and a suitably hellish apocalyptic scenario to put them in and make them suffer, then add the living dead to the mix.

Splatterpunks, Expanded Universes and 'Book of the Dead'

Redd Tramp from Los Angeles, CA is reading Mongrels by SGJ; Sacred and Immoral: On the Writings of Chuck Palahniuk; The History of Sexuality by Michel Foucault July 15, 2015 - 3:04pm

The Age of Hasty Retreats, from SGJ's Zombie Sharks with Metal Teeth, is honestly the best zombie anything I've ever experienced. The real, human emotion he manages to bring to that blood-and-fur spattered table is just painful.