Zines: Dead Or Alive-er Than Ever? 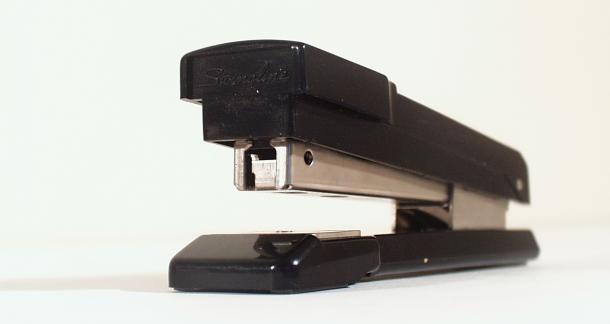 Why We're Asking The Question

Because the internet was going to kill everything.

The internet was going to kill everything. What chance did zines have?

How We Were Wrong

The internet didn't kill print books. Or banks. Or everything.

And if that's not dead, then nothing is.

Record stores are a powerful combination of nostalgia, knowledge, and cool factor. Print books are often cheaper than ebooks, and none of us are looking to get in more screen time. As long as we have cash, we'll have banks. As for pornography...I have no earthly idea, and I'm too scared of the "8th Avenue Arcade" to go inside and ask how the hell they've survived. I'm scared of the store itself and of the answer to my question.

Each of these endangered things survived the internet. What is it about zines that has kept them alive?

Sometimes, a medium can't be killed because it's like a hydra. There's no way to kill it. Or, at least, it's pretty damn difficult. Hercules killed a hydra, but he's Hercules. If we were calling things accomplishable by Hercules "possible" then I guess we should all be running around killing boars and lions, and we should be cleaning out stables (that one I think anyone could do, and I feel like Hercules got suckered).

Take radio. Once upon a time radio was a medium. There were thousands of different stations. Then, Clear Channel bought EVERYTHING. 1,200 stations, 130 venues and promoters, 770,000 billboards. Radio under Clear Channel wasn't a medium. A mode of transmission. A way to express. Radio was Radio©. Clear Channel took the many-headed hydra, consolidated it into one very stupid, boring head, shaved its teeth down, blinded it, bound it— you get the idea.

Once radio was consolidated into one thing, it was killable.

The zine doesn't have this problem. Because most zines are the product of a single vision, an individual or small group that decides what they want to do, does it, and then has their own way of distributing it, there's really no way for a Clear Channel to come in and consolidate the zine. There's no way to turn the medium into one thing.

You can kill a man, but you can't kill an idea.

And, of course, Star Wars said it the nerdiest:

Here's why you can't exterminate us, aruetii. We're not huddled in one place—we span the galaxy. We need no lords or leaders—so you can't destroy our command. We can live without technology—so we can fight with our bare hands. We have no species or bloodline—so we can rebuild our ranks with others who want to join us. We're more than just a people or an army, aruetii. We're a culture. We're an idea. And you can't kill ideas—but we certainly can kill you.

Zines are still alive. The first part of our question is answered. But are they alive-er than ever?

The World Is Waking Up To Zines

Holy shit is it nice to read something that's not selling anything.

Let me provide a short (and incomplete) list of public libraries that have zine collections:

How about (another incomplete list of) cities that have a zine fest?

Zines are around, they're gaining credibility. But that's not necessarily what I mean when I ask whether zines are "alive-er than ever." What I mean to say is, are zines livelier, more interesting, maybe even more dangerous than before?

Yes, Because Analog Is Freer Than Digital

I think we all suspected that the internet would be a great step forward for freedom, equality, social progress and free speech. The place where we could be our authentic, genuine selves, and a way we could connect with other people who felt similarly.

However, that doesn't seem to be the way things shook out.

Most of us express ourselves online within the bounds of hundreds of pages of Facebook usage rules, Twitter's pages and pages of guidelines, or take-your-pick of blogging platforms and their reams of regulations. These rules are sometimes used to squash jerks, and they're sometimes used to hamper genuine and important artistic expression, as was the case for Dennis Cooper last summer.

You might think that the give and take of living in an online environment with a lot of rules is that it would be boring and homogenous, but at least it would be fairly safe, right? Ha! Instead, the online environment has become the realm of extremes. Forget posting anything heartfelt and genuine. Forget important, deep self-expression. You can't have an opinion on Demolition Man without being called a bunch of names that send you running to Urban Dictionary so you can decide how offended to be (hint: very).

Consider that when you make a zine, you make the rules. You and only you.

Consider that there's no button someone can push to wipe your zine out of existence.

Consider that an analog zine doesn't have a comments section. Doesn't invite a thumbs-up or a thumbs-down.

Consider that you don't have to know anything about computers to make a zine. Skills most of us take for granted, typing, operating a mouse, all that stuff, trust me, these are not skills everyone has.

Consider that, while there are some issues, analog provides a very, very high level of freedom for creators.

And consider that this freedom for creators may be more needed than ever.

The zine is still a voice for the voiceless. Wait, not that. It's a medium of transmission for those voices. It's a way of making them heard.

Whether those voices come from marginalized populations or are talking about subjects that can't get mainstream attention, it's hard to deny that the zine is a great choice for someone who might have a hard time being heard or have a hard time finding acceptance elsewhere.

"Travestis" are a third gender in Brazil (though some identify as women). Pajubá is their "anti-language," a coded way of speaking that prevents outsiders from understanding them. The language is a mix of Yoruba and other African languages on a Portuguese structure. -Pajuba': The Language of Brazillian Travestis by Eloisa Aquino

The anonymous author writes about their decision to drop out of high school and live independently, and shares the resources they learned so others can do the same thing. It's a practical guide to resisting the institutions that oppress us, be they schools, families, jobs, or capitalism, and not just surviving but thriving under the radar of society. -Dropping Out (for students) Issue #1 by CrimethInc

Now that the country has "TRULY WRECKED ITSELF" the zinestresses behind the Native American Musings series get back to roots with a second volume of their original Empower Yoself zine. The title is an homage to the spirit and underground culture of hip hop, and the contents are informed by Indigenous Feminism. -Empower yoself before you wreck yoself: VOL. 2: Native American feminist musings by Melanie Fey and Amber McCrary

[This is] a booklet intended to help people take back the homes that have been taken away from them by government and business...It's a step by step guide to setting up a squat from a perspective of living in New York City. It's broken down into chapters including how to form a group, finding a building, getting in, emergency repairs, lights, heat, and fire safety, makeshift toilets, and legal hassles. -Survival Without Rent

Holy shit is it nice to read something that's not selling anything.

Look at your favorite news source, podcast, whatever, and look at what they're doing to make money. Your favorite YouTube creator, this super-independant person with a very distinct vision, has checked a box that says, "Yeah, it's cool if you advertise WHATEVER YOU WANT before I do my thing."

Look at Instagram. Half of Instagram is someone selling supplements. At least, half of my Instagram. I don't know why Instagram thinks I want to buy a bunch of weird powders and jugs of liquid egg product.

If there's one rule of the modern world, it's that anything created will be turned into a way to sell pills that either make you shit less, shit more, or shit in a different way.

Zines are so rarely selling something other than themselves. And this authenticity means that, for once, you don't have to be on your guard when you're reading. You don't have to constantly ask what the author's agenda is. What's their product? What's their brand? None of that matters. Just enjoy what they're doing.

Zines provide a trust-based experience between consumer and creator, which is more and more difficult to find.

Why The Future of Zines Is Bright

Even if you could kill the paper zine, you can't really kill the ideals behind the zine.

In his Make Your Thing talks, Jesse Thorn speaks about how Boing Boing started as a zine, how it changed, and how it stayed the same:

The story of Boing Boing is about the recognition that in the digital world, it pays to be medium-agnostic...Rather than defining yourself by the medium you create, define yourself by what you offer to your audience. In [Boing Boing founders] Mark and Xeni’s case, they are curators of fun, creative geeky stuff.

[Mark and Xeni] have allowed their interests and talents to define their subject matter and their subject matter to define their media – and vice-versa. Xeni’s great on camera, so it’s natural she should curate on-camera. Boing-Boing on the web is about links. In Zine form it was about stories, on camera it’s about sharing videos. The form is different, the content is different, but the brand and the soul are the same.

Zines have always been typified by stapled copy paper, but they've also accommodated lots of different formats. Stacks of cards, cassettes, all kinds of good stuff.

As long as someone has something to say, the zine will live on.

Want To Start Your Own?

No time like the present. Start with the advice in this interview with the makers of Born N Bread, a zine out of the London.

I used to run a zine way back when I was eighteen. Cut and paste and photocopy and staple kind of old school. Very fun and very liberating :)