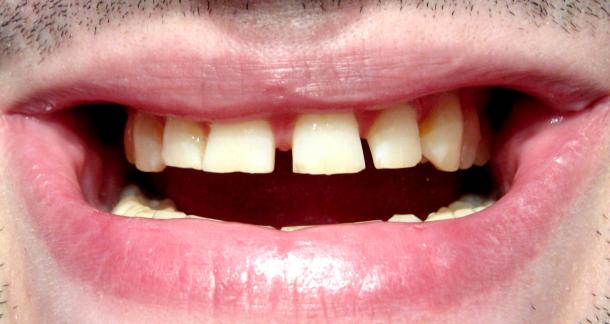 Let me tell you about this notebook I've got.

The notebook itself is nothing special. A Mead 5-Star, college-ruled notebook.

What's special about it is that it's full of one-sentence story ideas. Ideas I've written down for the last ten years or so. This isn't a brag. For the most part, the ideas are terrible (one is some illegible nonsense about a geode), unwritable (an entry that simple says "Oak Park") or SUPER terrible ("Journals of Lewis And Clark except L&K are total dicks").

All that aside, I've been looking for a way to get these ideas on paper. Once I have drafts, it's easier for me to carry around the paper and do little edits during the day. And it's probably easier to accept how profoundly stupid most of these ideas are ("bed bugs carry plague").

Which is why I thought Google Docs' Voice Typing feature might be the perfect way to go. I could just talk my ideas into my computer, edit them, and then all would be good. And everyone could enjoy a book about Oak Park, whatever the hell that ends up being.

Here's How It Works

I have a lot of personal problems that make this a poor option for me, but that shouldn't limit you from giving Voice Typing a shot. After all, if everyone did only what I do, that would excise sober dancing, shorts, and general happiness from the lives of everyone.

If you have an up-to-date-ish version of Chrome, the Voice Typing feature is already available. Just open up a document in Google Docs, click on the Tools menu, and Voice Typing is about halfway down.

As long as your computer has a microphone, built-in or otherwise, you have everything you need to type with your face.

And yes, I know dictation software isn't new. Dragon Dictation is probably the most famous option, however it's $300! This is a problem because A) I'm not that rich and B) I decided to combat not being rich by never buying anything with the word "dragon" in the title. As a nerd, this can be an incredible savings on fantasy novels, video games, and mostly bad movies.

I started a story out loud and watched my computer do the typing for me. It was kind of magical, and Voice Typing interpreted things pretty well, even with my tendency to warp some words ("back" can sound a little like "beeyack").

I had some nitpicks. I didn't like that Google put in the digit "1" instead of the text "one" when I used the number, but no biggie, right? Homophones were confusing ("right" v. "write"), but we've all made that mistake. Overall, cool. Seemed to work just fine, and I have to say, it was pretty easy to bang out half a page of text in short order.

Getting a block of text on the screen was one thing. Punctuating and paragraphing was another.

The first hurdle here is that you don't realize how unnatural it is to say "period" after every sentence until you're forced to do it. It made me feel like some weirdo who is very sure of himself. Standing in my kitchen, talking to my computer with a clear voice, and ending every sentence by saying "period" was turning me into some kind of insane gym coach. "And then we go outside. Period. The doormat under my bare feet is scratchy. Period."

And then there were other problems.

Indents, for example. Here's a quote: "Indent the ring box is big..." Yeah. I didn't mean to use the word so much as have the thing happen.

Here's a bold issue: "balls no bold turn off bold okay now we regular?" I'd said "balls" but I guess I said it with such verve that Google heard "bold." And then the bold was on. I had a hard time turning it off because it didn't occur to me that you turn it off the same way you turn it on, which is to just say "bold." Which also brings up the question of how you use the word "bold" in a piece of writing, but maybe you just learn to avoid it.

There's a boatload of commands that you can use to format and punctuate text, but I have to be honest, that didn't seem too productive to me.  I was here to generate text, not learn a new system. It was easier to make a big ass block of text and then go back and fix it up later.

I guess voice commands might be a good option if you're unable to type, but if your goal is to get a whole bushel of dumb ideas ("sweaty butt crack 5K picture"?) in print, you're not going to save much time.

Having done a couple interviews, I want to out a piece of common writing advice as a total farce:

Now, maybe I'm being too harsh in saying it's a total farce. I like writing that sounds like talking. But if we all wrote exactly how we talked, it would be a nightmare.

Anyone who has transcribed an interview can tell you this. There's a lot of um's and uh's that don't stand out in speech, but they look weird on the page. And oftentimes speakers will swirl around an idea with a couple of different sentences before landing on what they want to say.

For example, here's the above idea as spoken directly to Google:

The thing is if you've ever done like an interview with someone on the phone you know that's what people say isn't always exactly how you want to right but they say they tell you to talk to write how you talk but we don't really write how we talk we write how we wish we talked you know.

Google is good at pulling out uh's and um's. Which is interesting. And part of the problem is my way of talking. If you've got a little punctuation phrase you use while speaking (mine is "you know") it will quickly become apparent.

The Doing The Dishes Test 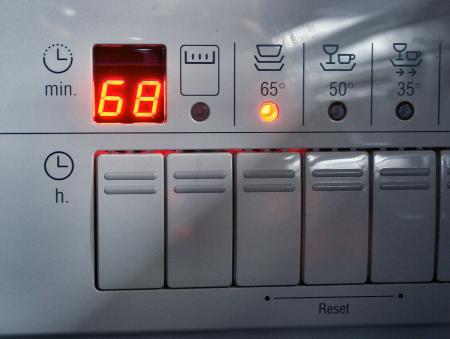 Ideally, if Voice Typing worked, I could "write" while I was doing other things. Like the dishes. If I could write while I washed dishes, that's another 10 minutes of writing time I've bought for myself every day. Is that a long time to do dishes or not enough? Have I just outed myself as a slob?

Sadly, this didn't work. For one, I found that I had to talk to my computer almost like it was a person, face-to-face, to get it to understand and register what I was saying. Google caught bits and pieces, but then I had to go back in and see where entire huge chunks had gone missing. This is a lot more difficult than typing it out in the first place.

The other thing, it seemed like noises threw Google off its game. Dishes rattling together while they're stacked in a cabinet, for example. Google heard that, knew it wasn't a word, and just stopped even though I was still talking. Which is a shame. I'd like to hear various noises interpreted as words. Oh, if these dishes could talk. They'd probably say, "This is an unhealthy amount of chili for one man to be consuming annually. I'm a dish and I don't know much, but I'm fairly confident in what I'm telling you right now."

Imagine if you could make a quick voice note on your phone and play it back for your computer, and then those notes would be converted into text.

Will it work? Do we live in such a wondrous fantasy world?

It totally worked. We totally live in a wondrous fantasy world.

This was big. I know it doesn't sound big, but I think we're often in situations where we have a spare five minutes and we have our phones. Bam. You could dictate five minutes of story and have that zapped right into your computer.

Voice Typing censors your words! Which is weird because it doesn't do this when you type. It lets you type "shit" all day. And "fuck." I could go on.

Google Docs lets you type all the words. But it doesn't let you SAY them. This seems like such an odd limitation to me. Were they worried about kids huddling around a computer, saying bad words and giggling as those words were typed onto the screen? And on the flip side, did they consider for one second adults like myself and how excited they are to talk to a computer and see bad words come out, only to have their dreams shattered?

This s*** is totally worth f****** with. I'm a sloppy speaker. And a sloppy eater of chili. And a sloppy doer of dishes. I have a lot of personal problems that make this a poor option for me, but that shouldn't limit you from giving Voice Typing a shot. After all, if everyone did only what I do, that would excise sober dancing, shorts, and general happiness from the lives of everyone.

My advice would be to try it with an open mind, a sheet of the commands in front of you, and a recognition of the fact that sometimes a censored swear is funnier than the real thing.