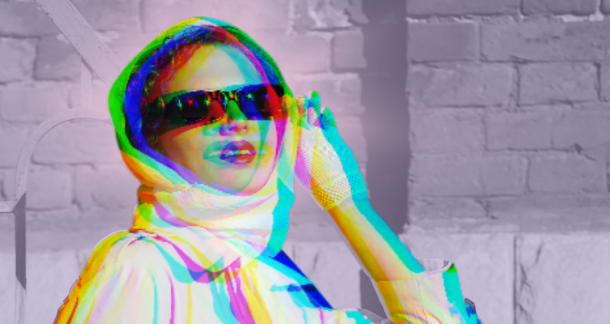 In the final season of BoJack Horseman, there’s an episode where writer Diane Nguyen laments that if she doesn’t write her book of personal essays about trauma now, she never will. Even though what she really wants is to write a fun YA girl detective series. As a viewer and writer, it was incredible to see this on a TV show. An actual discussion about what writers feel obligated to write. Depending on your life experiences, you may feel obligated to write about: gender, race, disability, sexual orientation, sexuality, neurodivergence, trauma, etc. But you don’t have to. Seriously. You do not have to. You can write about whatever you want.

I’m aromantic and asexual, but I didn’t know those words until my early twenties. I spent so much of my youth feeling like a broken toy. I was a writer that didn’t have a serious interest in writing romantic relationships. Did I force myself to do this? Yes, yes I did. I felt like I had to. It’s what people do. It’s what was expected. So many stories are about romantic relationships or have romantic subplots. If I didn’t write about that, what was left? Family stories? Is that all I could write for the rest of my life? Is that what I had to do to be taken seriously? 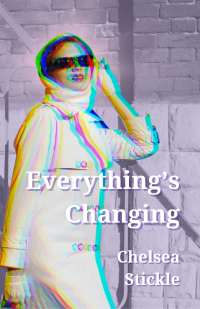 But the problem with writing what you feel forced into is that it rarely feels alive the way good writing does. When I started writing flash fiction, I began to see other kinds of stories. Friendship stories, growing up stories, bizarre surreal gems. Romantic subplots were acceptable, but not necessary when you have less than a thousand words to get it all in. I saw submission guidelines that said breakup stories were a hard sell. I read for lit mags and saw tons of stories about romantic relationships that fell flat. There was room for the kind of stories that weren’t exclusively about them. There was room for me.

I was in the middle of writing a story about a doomed couple when I realized I didn’t want to finish the story. It was a clear signal from my brain. I listened to it. I shelved the story. I opened my mind to the stories I might’ve dismissed before. All these strange creatures showed up. A woman falling apart due to toxic positivity. A woman pushing back against amatanormative expectations. Towns full of women at the ends of their ropes. So many stories that felt like they belonged to me. Stories where I could picture people like me. I was no longer trying to shove myself into awkward positions. I was free to do whatever I wanted. It’s not like anyone was expecting anything from me. I was no one. There’s freedom in that, too.

In the years since, my chapbook Breaking Points was the Editors’ Choice in the Black River Chapbook competition and was published in October 2021 by Black Lawrence Press. My second chapbook, Everything’s Changing, is forthcoming from Thirty West Publishing. Micros made it into Best Microfiction 2021 and the Wigleaf Top 50. I’ve received several nominations for Best Small Fictions, Best of the Net, Best Microfiction and the Pushcart Prize. There is room for different stories.

At the end of the BoJack Horseman episode, Diane decides she doesn’t have to mine her trauma for other people’s consumption. She embraces joy and writes the girl detective series she needed when she was a kid. It’s the kind of move that feels like failure at the beginning but makes room in her world for the world she wants. One where girls like her could see themselves as protagonists. Her series becomes successful and she becomes more comfortable with the happiness she’s found for herself in her writing and her life. May we all be so lucky.

Chelsea Stickle is the author of the flash fiction chapbook Breaking Points (Black Lawrence Press, 2021). Her stories appear in CHEAP POP, CRAFT, McSweeney’s Internet Tendency and others. Her micros have been selected for Best Microfiction 2021 and the Wigleaf Top 50 in 2022. Her second chapbook, Everything’s Changing, is forthcoming from Thirty West Publishing in January 2023. She lives in Annapolis, MD with her black rabbit George and a forest of houseplants. Read more at chelseastickle.com and find her on Twitter @Chelsea_Stickle.

The Art of Microfiction