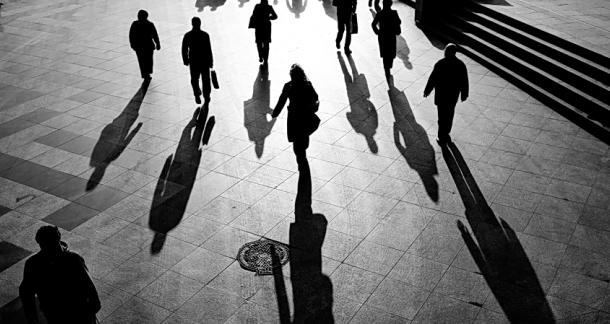 About a month or so back, I became fascinated with Boston. Not the city itself, so much, but a certain subset of people, perhaps equal parts stereotype and true-blue. The "Boston" character that I'm speaking of is fairly specific: he's working class, descended from a long line of Irish immigrants, and always seems to have at least one toe dipped into something illegal, or at least related to crime (which is at odds with his very pronounced yet flexible moral code). They're people that have origin stories and experiences that exist almost wholly apart from my own, which of course fueled my fascination.

The tricky part comes when I decided I wanted to write about them.

I have a very casual acquaintance with the city of Boston, and an even more distant relationship with the characters I'm describing. I lived there as a college student for less than a calendar year, and most of that was spent either in class or shut up in my dorm room, wondering why I had ever left Texas. Much later, I would meet and date a girl from Lexington and make a handful of trips to a place the locals never refer to as "Beantown". The point is, I never had any direct or deep experiences with the kinds of people that I wanted to write about. I was well acquainted with the mythos, but my interpretation of it had been informed by things like Dennis Lehane's Mystic River, documentaries about Whitey Bulger, and the Boston Marathon bombing.

So when does this fascination transition from harmless interest into something more sinister? Does it ever? Are writers given a pass when it comes to exploring areas outside of their own experience? The well-worn adage "write what you know" comes to mind, but I'd counter that sometimes (and maybe oftentimes) writing only what you know is a great way to write uninteresting drivel and to never expand your horizons at the same time. Isn't there value in men trying to write from the point of view of women, of healthy people trying to imagine life through the eyes of someone with a disability, etc?

Are writers given a pass when it comes to exploring areas outside of their own experience?

On the flipside, a writer is treading dangerous ground when he or she writes with authority about something they know very little about. At best, the author comes off as oblivious to the world around them, something that is sure to turn readers off. At worst, the offense will make those belonging to the demographic being written about feel as though they are being marginalized, outright attacked, or taken advantage of. In the recent past, there was a lot of grumbling (rightfully, in my opinion) from the BDSM community over the runaway success of Fifty Shades of Grey, both in book form and the more recent film adaptation. These two pieces of media were gigantic commercial successes (selling over 100 million copies and $150 million worth of tickets, respectively), so it's easy to imagine why members of the community that FSOG so clumsily satirizes might be miffed that something that's always felt like it was unambiguously theirs has made a handful of hacks into very, very rich people. It's also probably quite frustrating for somebody to feel as though a tourist is taking a quick, risk-free romp through what amounts to someone else's identity.

It's in the nature of any curious person to become interested in those who are not like them, and in isolation, curiosity about those who exist apart from us seems like a good thing. One of the overriding purposes of artistic expression, after all, is to bridge the experiential gaps that exist between human beings, to remind us all that we're not alone in the universe, and that we share much more with complete and total strangers than we might have ever dreamed possible. But how does one proceed down this rabbit hole without falling into the traps of condescension or stereotyping? In my own case, I knew that I wanted to write about this very particular idea of masculinity and community that I saw reinforced through my own limited experiences in Boston, through the writing of people like Lehane, and through the talking heads that littered those films about Whitey Bulger and the explosion that rocked the Boston Marathon. While I'm obviously concerned with the real-life places and people that I'm dipping into, I'm not out to write a definitive text of what it's like to be a "Boston Guy" or to try and establish credibility as somebody who understands that world as well as a native. Rather, I'm looking at more universal themes and concepts and feelings through the lens of something I find intriguing, and (to be perfectly self-serving about it) that helps me keep my authorial muscles warm.

I'm not sure if it's fair of me to take this stance, or if it makes me sound a little defensive. I am sure that if any tough, grizzled, "Boston Guys" read this story (which is pretty unlikely), the chance of them feeling like I completely captured their world is pretty slim. In the end, I'm not really writing about Boston or the "Boston Guys" at all, but I'm writing about what my ideas and perceptions about those places and people mean and say to me. That may sound somewhat selfish, and I suppose it is, but I'm of the firm belief that the best art tends to be a little narrow in terms of worldview. Writing is, after all, a lonely enterprise, and is just as much about how the writer sees the world as it is about how the reader might engage with that vision. It's a delicate balancing act, and if you tip too far into either direction, you run the risk of sliding off into pandering at one end, and thoughtless exploitation at the other.

The most we can (and should) ask of writers is that they treat their subjects with respect and sincerity, and to be especially mindful of when they are wading into parts that may be unknown to them but are cherished and important pieces of somebody else's humanity. There's plenty to criticize when it comes to hacks cashing in on a subculture they know nothing about, but there's plenty to praise in an earnest attempt to explore and understand.