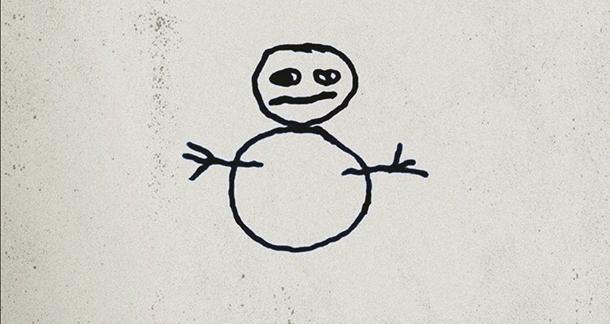 Lots of great crime novels are set during winter. Jo Nesbo’s The Snowman features Norwegian detective Harry Hole tracking his country’s first serial killer in the dead of winter.  William Kent Kruger’s Iron Lake has an Ojibwe detective combing the snowdrifts of Northern Minnesota for clues to solve a murder. As a criminal lawyer in the Canadian Arctic for over ten years, I know a thing or two about cold-weather forensics. If your crime manuscript takes place in the ice and snow, here’s a few things to consider to make sure your writing is realistic and authentic, and some research tools to help.

Imagine the detective in your manuscript falls through thin ice while pursuing a suspect across an ice-covered lake. How do you describe her feeling of being in the frigid water? How long can she survive at that temperature? These questions can be answered with a quick bit of research. Hypothermia is the medical condition of having an abnormally low body temperature. While it can also happen on land, people lose heat much faster in water than in air. Water temperature near freezing can result in death in less than 15 minutes. The symptoms are shallow breathing, slurred speech, lack of coordination, confused thoughts and drowsiness. It’s important to remember that the confused thinking caused by hypothermia prevents self-awareness, so your dying character may not even realize how bad their situation is. A great breakdown of the symptoms at each stage can be found here. Also, check out the short story, "To Build A Fire" by Jack London, for a great narrative on the slow process of succumbing to hypothermia.

A frozen body has to be defrosted slowly over an extended period of time or the outer layers will decay while the insides are still frozen.

Nothing irks me more than characters in winter novels running around in scene after scene without proper clothing and never getting frostbitten. Most of us are familiar with the term, but thankfully few of us have ever experienced serious frostbite. It is caused when exposed skin is subjected to low temperatures causing the underlying tissues to freeze. Measured in degrees much like a burn injury, first and second degree frostbite indicate more superficial freezing while third and fourth degree denote more serious, deeper injuries. How long does it take to get frostbitten? It’s -44 with the windchill in the town I’m working in right now. Without proper clothing, it would take less than five minutes for frostbite to set in outside my hotel. Here’s a handy temperature chart to give you an idea of how long your character can be outside without worry. Also, scarring from serious frostbite is black and waxy in the weeks during recovery, not red or white as I sometimes see it described.

Guns may misfire in the cold. This is a great excuse to have your character’s gun jam at the most inopportune moment, or save his life when the villain’s pistol won’t shoot. Some primers won't function well in low temperatures. And if the character is bringing the firearm in and out of the cold, condensation can form on the inner workings of the firearm (much like your eyeglasses fogging up when you enter a warm house in winter). When the character takes the gun back outside, this water freezes and can seize the action or firing pin. Lubricants left in a gun may freeze up at extremely low temperatures, but condensation can happen even in milder cold weather. Ice and snow getting in the barrel can also cause problems if your character takes a tumble in the snow. Lastly, air is denser in winter so the greater resistance causes more bullet drop over distance. This can give a writer a great excuse why a character missed that vital shot in the story.

Need a reason to delay an autopsy in your manuscript? A frozen body has to be defrosted slowly over an extended period of time or the outer layers will decay while the insides are still frozen. That could take more than a week. Or perhaps your novel opens with a hunter and his dog finding the body of a teenage boy buried in the snow. What would his frozen remains look like after a week in a drift? Cold weather restricts the process of decomposition. Bacteria also can’t grow in frigid temperatures, and the insects normally attracted by decaying flesh don’t live long in extreme cold. There have been cases of bodies being well-preserved for years. So please don’t describe a rotting corpse unless it was rotting before it got dumped in the snow. For more information on the forensics of decaying corpses, check out my previous article.

Other helpful tips about writing scenes in the winter can be found in this great article by Peter Derk. Good luck and happy writing!